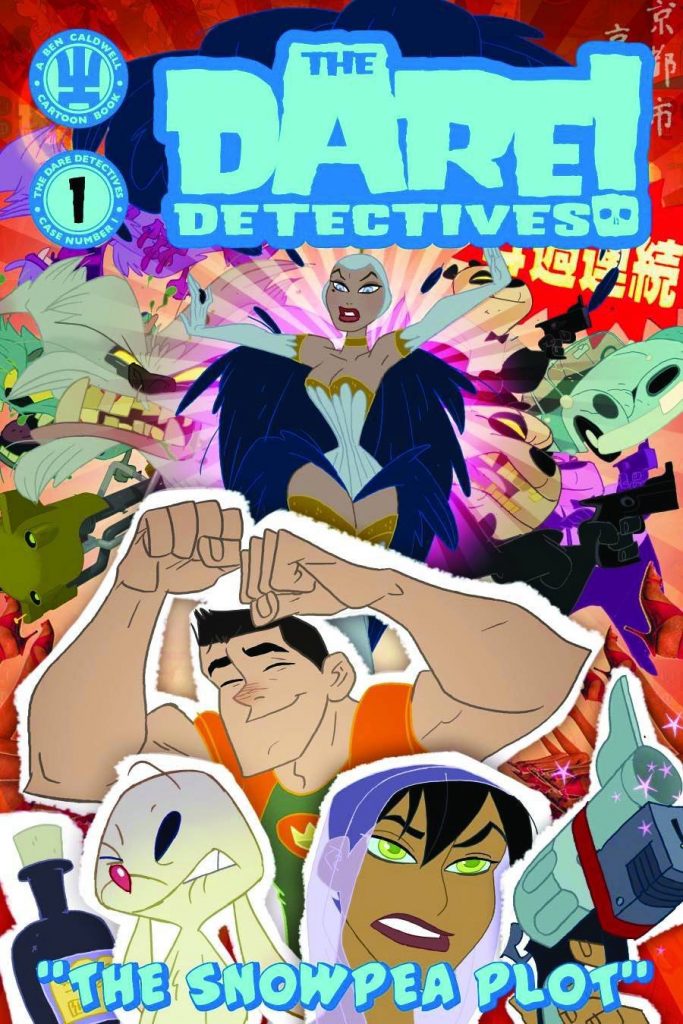 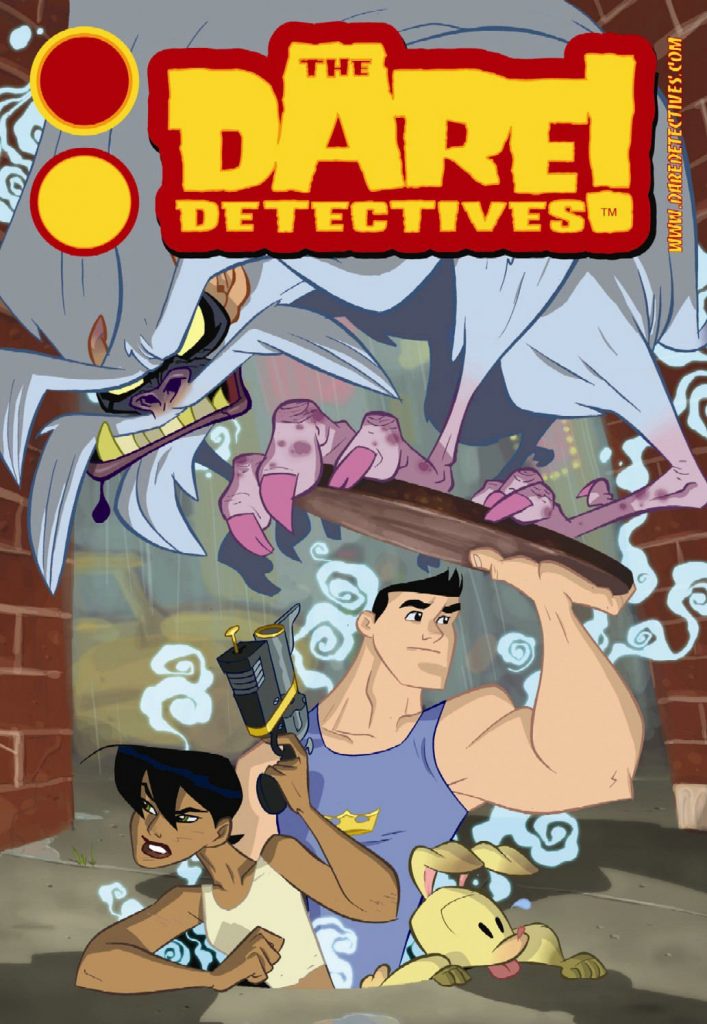 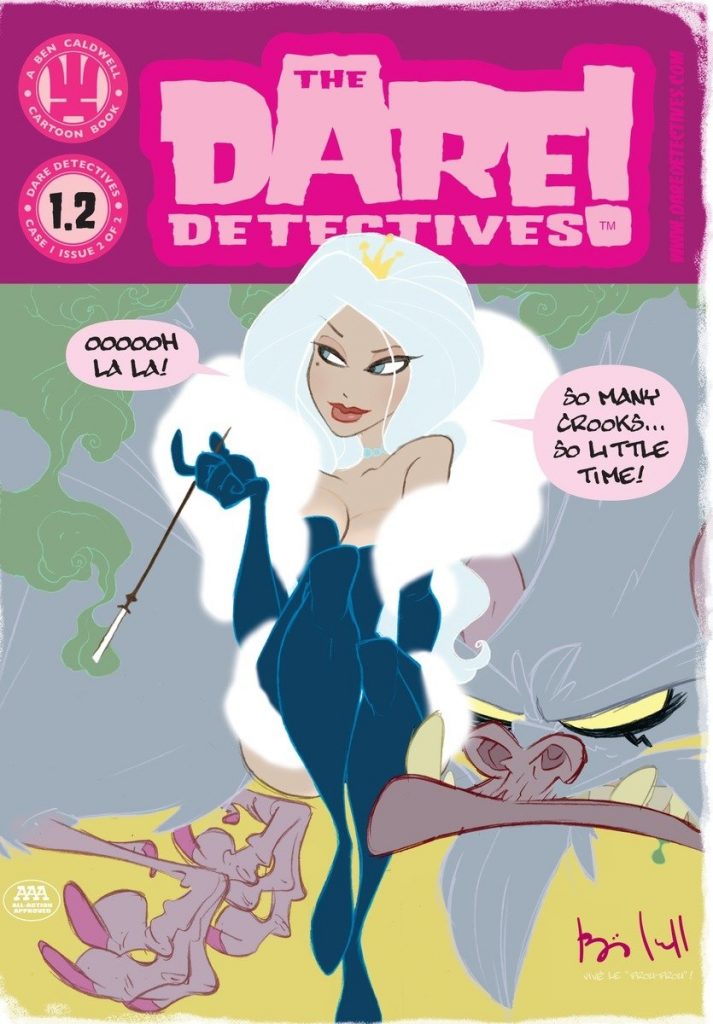 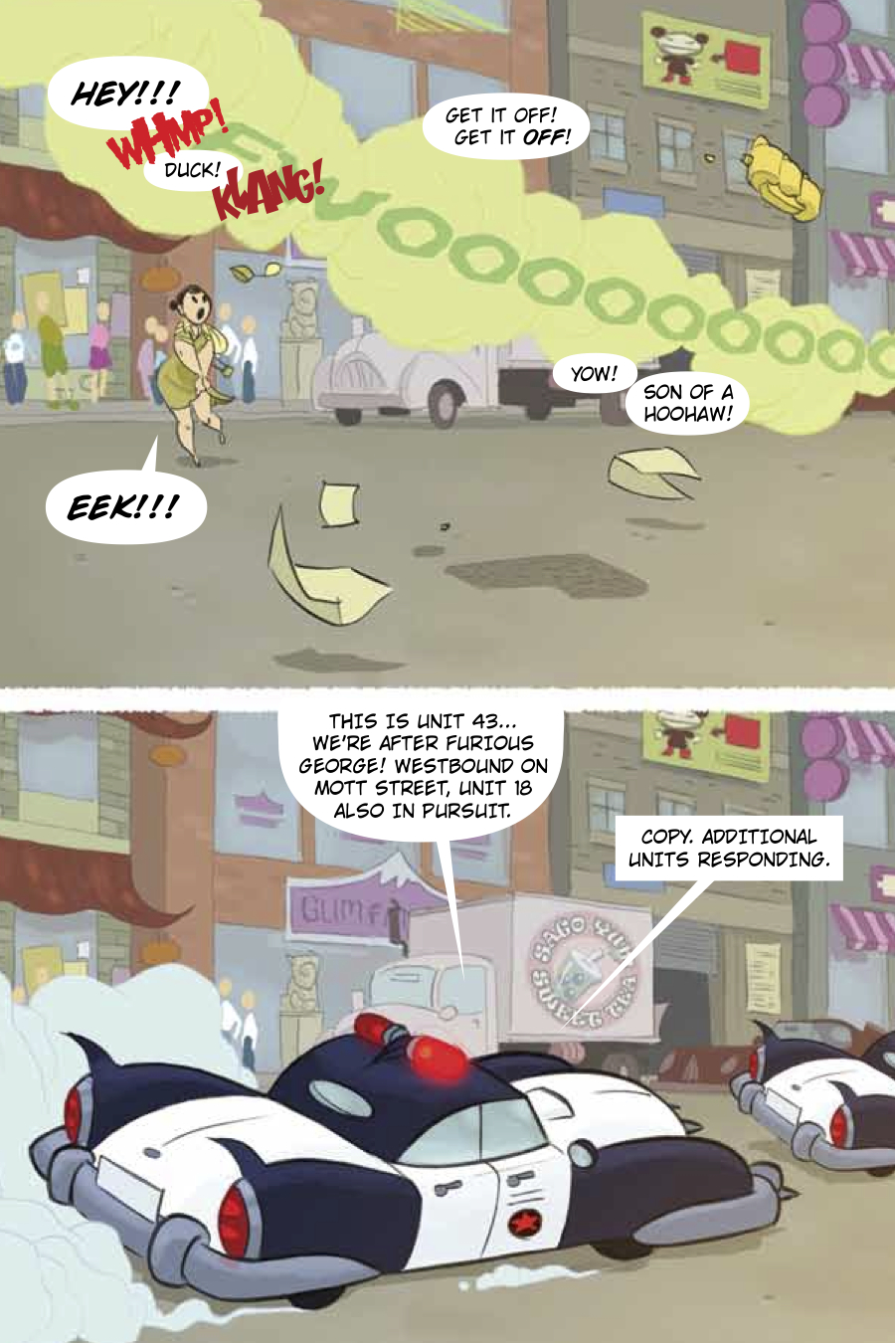 The Dare Detectives are a team of specialists assembled by Maria Andares, officially licensed to operate in Enderby City, except when that licence is revoked after foul-ups. Like now, as we start the book. They use premises in Uncle Chan’s Chinese restaurant, and once again the rent will be late. But hold on, just who are these surly new panda waiters? Why are they taking boxes of stock out the back? And, hey! they’ve just dumped Uncle Chan in the back of the truck as well. So begins The Snow Pea Plot.

Ben Caldwell’s accomplished wacky cartooning is apparent from the opening pages. There’s a pleasing retro style, and an intuitive sense of how to make the entire story look as if it’s in perpetual motion. There are jagged panels, characters leaping out of panels, extreme close-ups of expressions and vivid colouring. It all looks spectacular, even as a book of two halves, where the brightness of the pre-intermission pages give way to the darkness of those after.

It’s a wise choice, as for all the artistic talent on display, the first half of The Snow Pea Plot is a very rapid read, and the thought begins to nag that the book’s nothing more than a series of storyboards for an animation pitch. The emphasis here is on movement and visual gags accompanied by fast quips, and almost a hundred pages pass in five minutes as the Dare Detectives are outwitted by the pandas and their boss, Madame Bleu. There’s a greater density to the second half as the plot becomes clearer. Former crime boss Mister White has been jailed for his crimes, and a bunch of eccentrics are each jockeying to take over.

Even though Caldwell ups the story content in the second half, The Snow Pea Plot remains a fast read that would work better as animation. Too many of the gags are designed for motion, and as superbly talented as Caldwell is, they don’t work as well in comics. Roughly twenty percent of the page count is extras, and for anyone who appreciates Caldwell’s cartooning they’re a magnificent selection of designs, covers for stories that never appeared, and an extra short story. Buy The Dare Detectives for the art, but keep your expectations low for the plot.