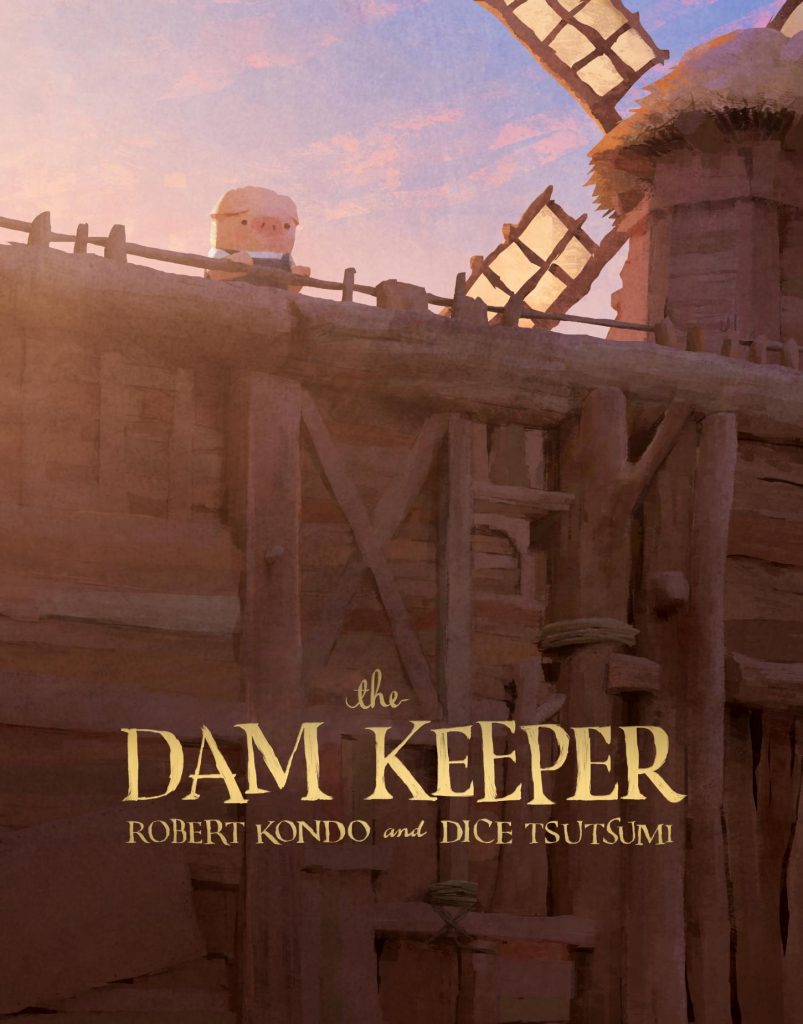 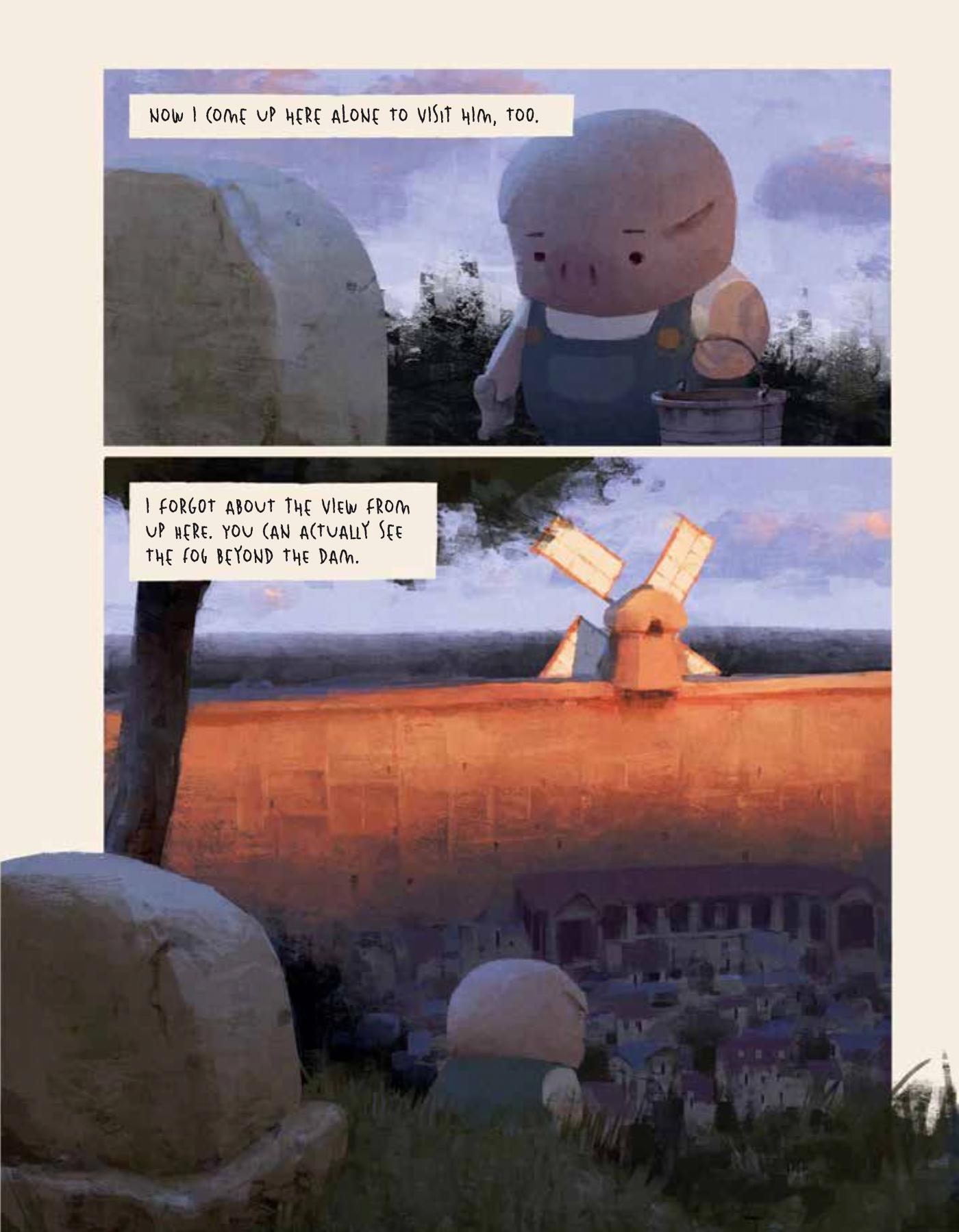 The Dam Keeper is a really attractive looking book in which depressing narrative captions reveal a world completely at odds with the largely cheery pastel style illustration of humanoid animals going about their daily business in the tidily kept town of Sunrise Valley. Those captions note a dead world where only pockets of life survive, in the case of Sunrise Valley because the young pig whose life we follow had a visionary father. Before committing suicide he built a dam with a massive windmill at its peak to prevent encroaching fog enveloping the town. Maintaining this, however, is a perpetual task and the Dam Keeper’s job is lonely and essential, yet he persists while also being shunned at a school where they’ve all but forgotten his diligence. The exception is Fox, who’s kind and friendly even if she’s able to see the better qualities in Hippo, who’s brusque, loud and intense, his bantering bordering on bullying.

It’s the midway point before the light arrives in both the literal and narrative sense, brightening the book with a sense of wonder. There is a world beyond the deadly fog that frequently menaces Sunrise Valley, but can anyone survive to reach it?

Former Pixar animators Robert Kondo and Daisuke “Dice” Tsutsumi produced the short, Oscar nominated, animation on which The Dam Keeper is based, but the graphic novel moves way beyond the animated content, seeding mystery and intrigue. It’s labelled ‘Part One’, and the bigger questions remain unresolved until the following World Without Darkness, due in Summer 2018.

For as long as the story follows the animation the art does also. It’s odd, because despite the cheery characters being children’s book illustration archetypes, the disturbing story content ensures it’s several years of suitability removed from the young children who’ll initially be attracted to it. It’s uncertain if this is a mistake by novice writers, or a deliberate toying with expectations. Due to the animated origins, design is far more important than the usual two dimensional world of comics, and Kondo and Tsutsumi’s work in this respect is wonderful, the inside of the windmill packed with arcane mechanical devices around a central rotating cog. They’ve even gone to the trouble of figuring out how the device would work, and one spread is akin to an architectural plan.

The Dam Keeper has charm and adventure, and had the disturbing scenes been toned down a little the accomplished illustration would ensure this could be recommended to a younger audience.