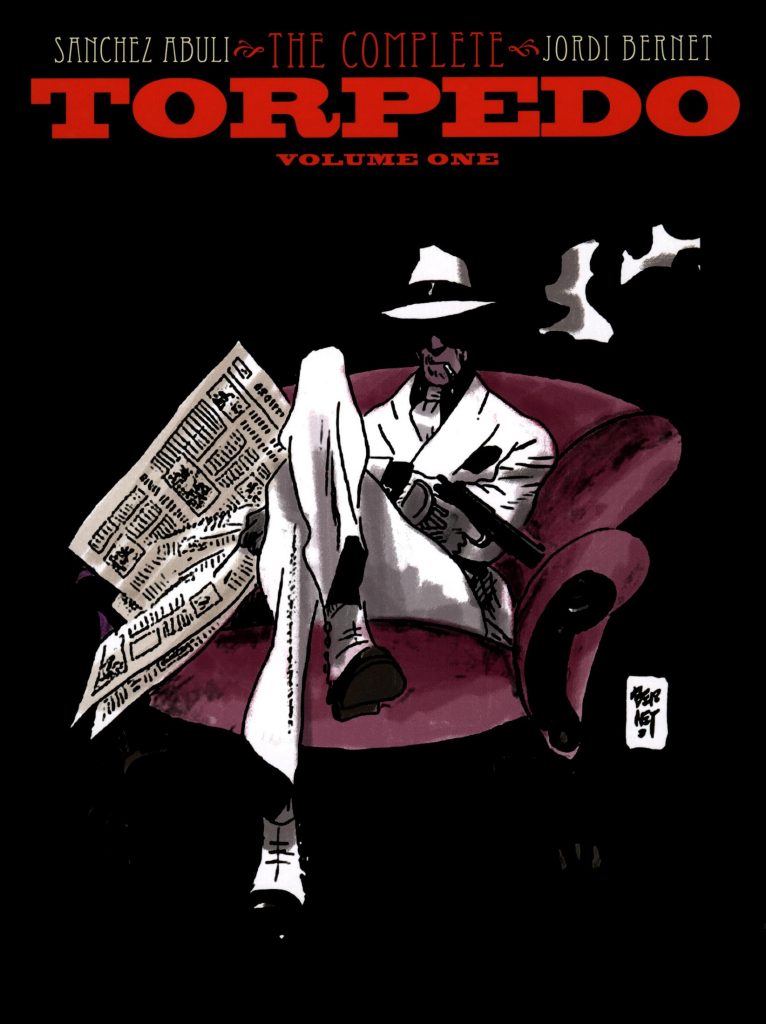 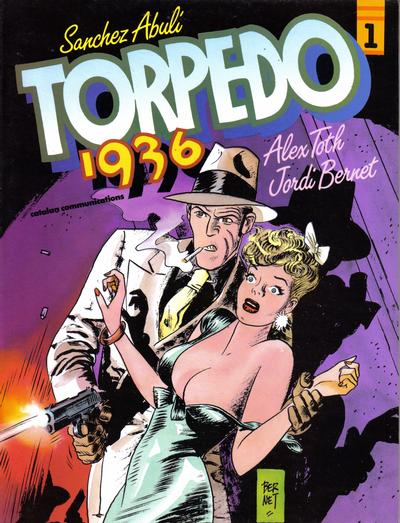 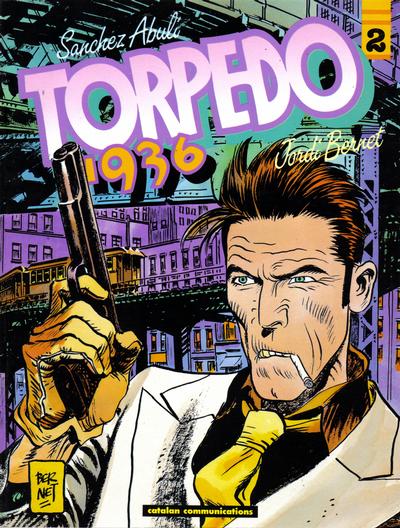 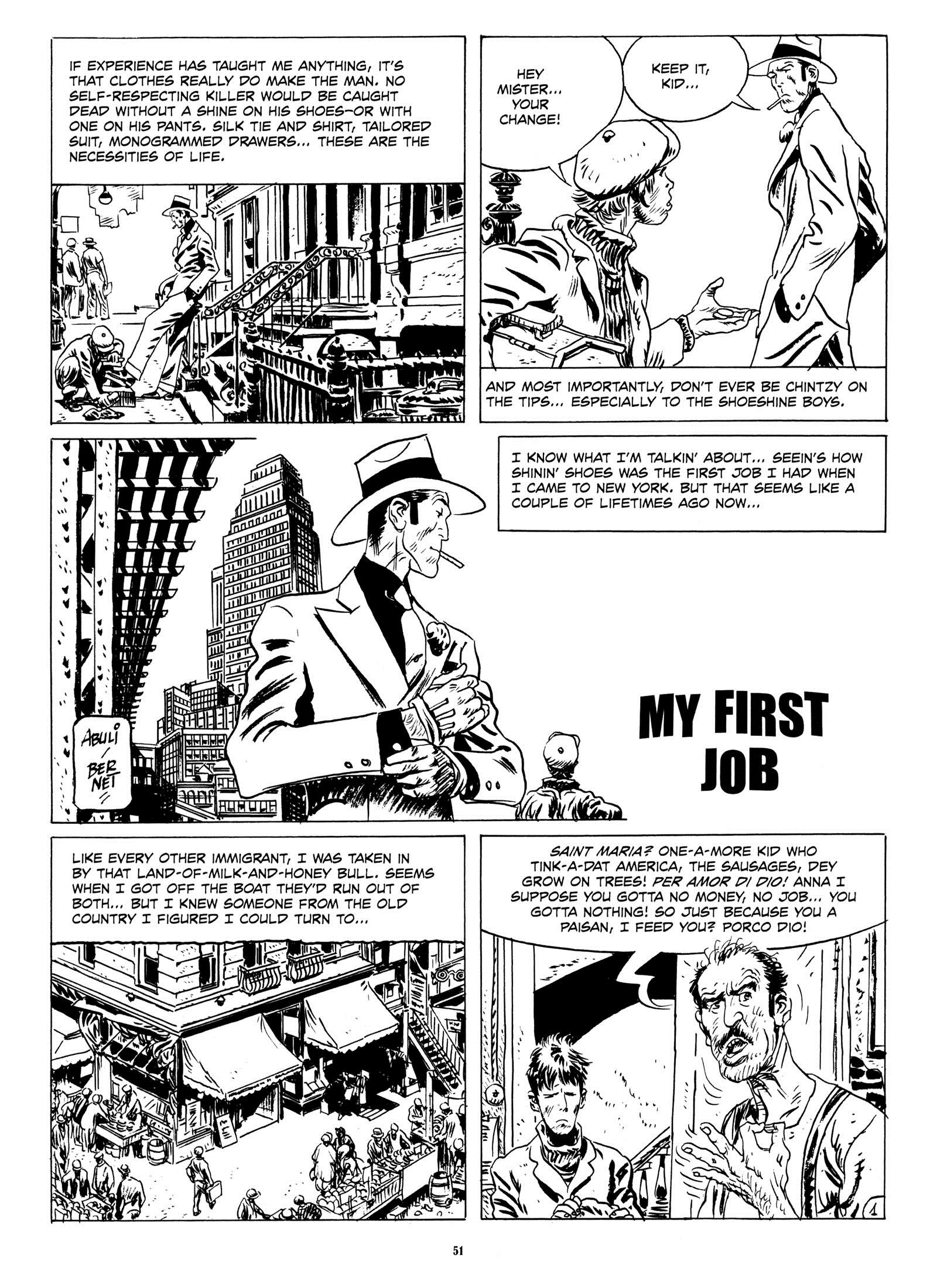 For over twenty years from 1983 Enrique Sánchez Abulí’s tales of a 1930s hitman were a mainstay of anthology titles around the world. Usually around ten pages in length, these doses of compressed brutality still shock and entertain in equal manner, and IDW’s publication of newly translated English language versions of the five Spanish volumes collecting the entire series in chronological order were very welcome.

Abulí couldn’t have asked for a better start to his series when Alex Toth, then at his artistic peak, signed on as illustrator. Toth, however, was uncomfortable with the crude elements and with the relentlessly nihilistic attitudes, and it would be Jordi Bernet who became the artist associated with the series. His mastery of monochrome shadow and light, equals Toth, but Bernet’s is a far looser style, if anything eventually harkening back to the cartoon elements of Toth’s 1940s superhero strips, and hints of Joe Kubert are also apparent in this early work. He’d become looser still, but these mid-1980s stories see him packing his panels with detail. You can almost smell the fish in the market, or the pistol smoke as Bernet’s illustrations are stuffed with period elements. The art may look sketchy, but as the sample page displays, Bernet has an exceptional eye for small details, such as the wrought iron bannister in the opening panel, or the broken awning in the fourth.

This is post-prohibition, yet features the full complement of dames and sharp dressed men with Luca Torelli a savage killer who takes on assignments for money, ‘Torpedo’ being a term of the era for a hired gunman. Abulí establishes him early on as a conflicted character who can be swayed by emotion, and this is amid some perfectly formed gangster plots. A prime example comes early as Torelli is sent to France to kill the guy who ratted out a gang of New York bank robbers years previously. He’s accompanied by a bruiser who can allegedly speak French, but appears completely dim. The character traits and small pieces of information Abulí works into the eight pages lead to a good pay-off and a fine insight into Torelli. The series was also known as Torpedo 1936, and while most tales are set in that period, a few drop back into Torelli’s formative years, charting the progression of a shoeshine boy with attitude into the killer. These are the only strips featuring any form of continuity.

Torelli occasionally needs a henchman, a role occupied by the sole semi-regular supporting character, Rascal, bizarrely resembling Richard Nixon in places, although that would change. He begins as someone required for dialogue purposes, but as he features more, a bantering relationship with Torelli develops. By today’s standards both characters have a deplorable attitude to women, thinking nothing of beating them or worse, and racist attitudes. Instead of brushing this under the carpet, they’re displayed in the matter of fact manner characterising the rest of the strip, and some potential readers may find this problematical.

These are taut, violent and often very funny anti-morality tales, Abulí never running out of ideas for another memorably eccentric lowlife or ways to screw up a caper. Strangely for such an exhaustive and well presented collection there’s no contextualising introduction. It’s a strange omission.

This material has been seen in English before, via the first two collections published by Catalan Communications. They were in colour, but the period is better conveyed in black and white and Jimmy Palmiotti’s translations are far better, capturing the period dialogue rather than merely transferring the words. 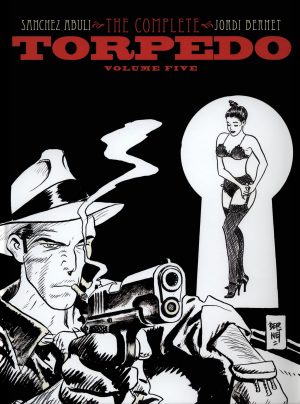