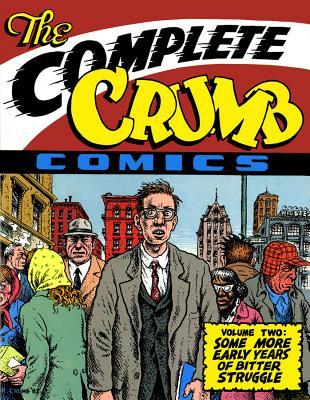 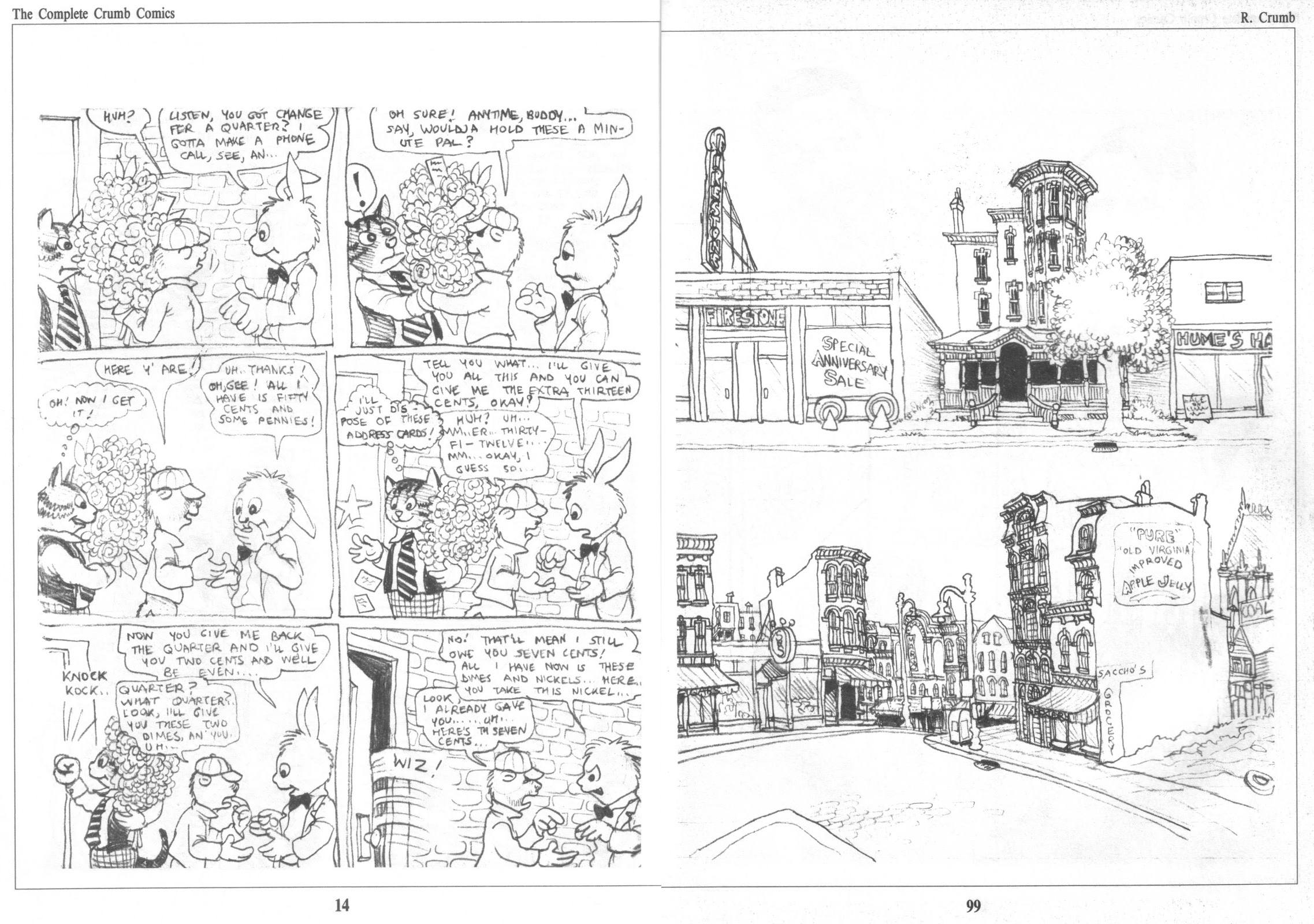 Unlike later volumes in the series, the first three collections of work by American underground and autobiographical comic artist Robert Crumb were not published in strictly chronological order. This second volume has artwork from 1959 to 1964, overlapping the area covered by Volume 1 considerably, for thematic reasons, and allowing a significant clutch of Fritz the Cat stories to appear together in the third volume, even though these were begun in 1960.

Fantagraphics’ attempt to lay open the development of Crumb’s art, and his many, many different approaches to inking his work, means that quite a lot of the early material appears crude – and much of it unfinished. Some was a collaboration with his brother Charles (whose imagination was even weirder than his brother’s) who during this period was also interested in drawing comics, and this may have been where Crumb’s breakthrough approach to shared cartooning with his second wife, Aline Kominsky, originated. Their styles have many similarities at this stage, but as you read they can be  distinguished. Many of the pages are more like roughs or storyboards, and while they offer insights to the Crumb scholar they are perhaps not the best introduction to Crumb’s work, or even material that will interest a general reader.

During the period covered by this collection Crumb was struggling to find a voice, as well as a look, for his work. He was working on the prototype of Fritz The Cat, struggling to define his style, and although his trademark sly humour is present in spades, he just can’t quite illustrate it yet. It’s fascinating to be able to see how his art comes together bit by bit, how he becomes more familiar with drawing the same likeness from many angles and gets to grips with anatomy – even anthropomorphic anatomy – before learning how to ink finished pages. For anyone who’s despaired of perfecting an inking style, taking a look at Crumb’s early Fritz strips, with their wavering, uniformly weighted lines and clumsy patterning proves that study as well as talent makes a great artist.

The Complete Crumb Comics Vol 2 is not the volume to introduce someone to Robert Crumb’s artwork although its lengthy introduction, by long time friend Marty Pahls, is very insightful into the young Crumb’s mindset. There are some accomplished illustrations, pencil sketches of actors from old movies which show considerable skill as well as all sorts of doodles which are not terribly satisfying to someone who associates Crumb chiefly with comic books. So, unless you really like Fritz the Cat, this is one volume of the series you can safely skip. However, as the first three volumes of the series were recently reprinted, you can at least get your hands on it for a reasonable price.