The Adventures of Blake & Mortimer: The Affair of the Necklace 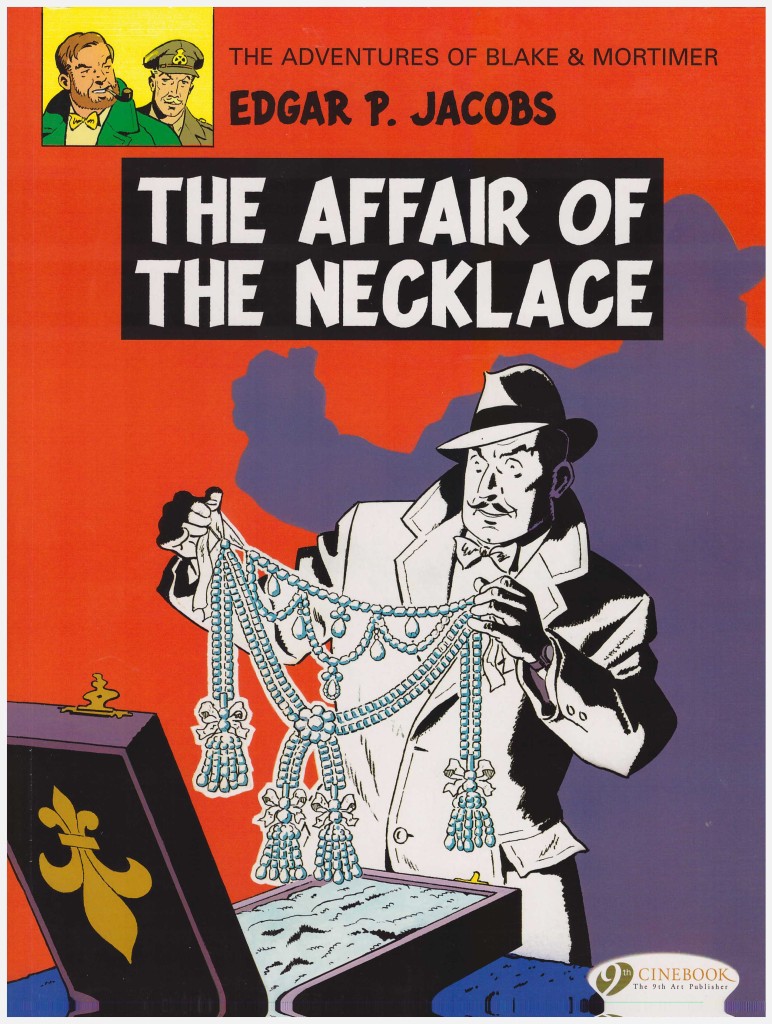 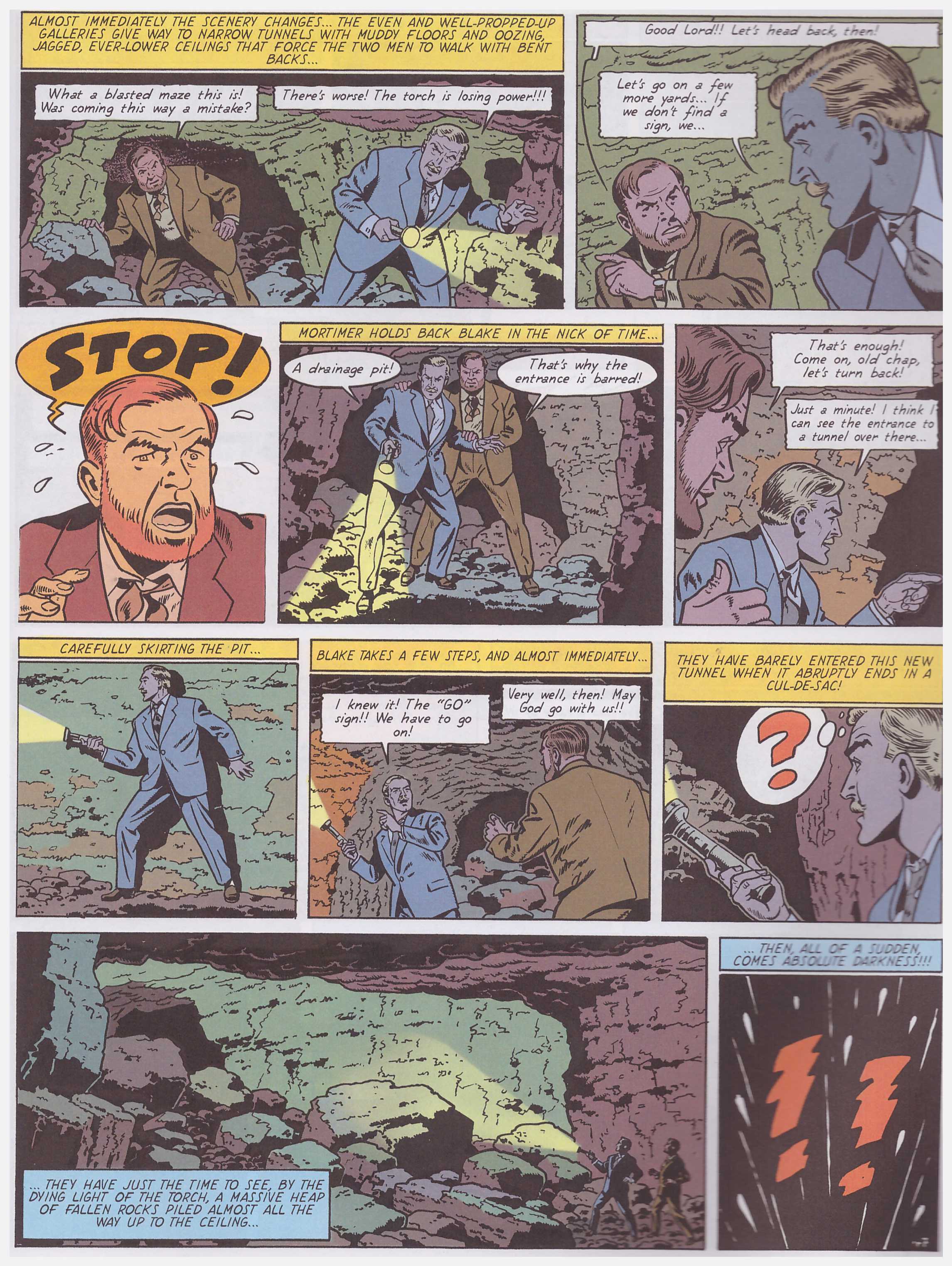 Following the pattern of Tintin, the cover illustrations on Blake and Mortimer books aren’t always the most obvious image, and certainly not the most dynamic. Even by those standards, though, The Affair of the Necklace has a resolutely odd and uncommercial cover, lacking the usual careful composition.

As he’s featured on the cover, it’s no secret that the detective duo once again face their old foe, Soviet agent Olrik. They’ve been summoned to Paris as witnesses in Olrik’s trial, but within the first pages he’s made a daring escape. Oddly, though, instead of his usual master plan on a grand scale, this time Olrik’s target is merely theft, of an ornate jewelled necklace created for Marie Antoinette.

Creator Edgar P. Jacobs is playing on a familiarity with the necklace, which actually existed, and the basics of its complex tale would be known to any French child whose study of history involved the late 18th century revolutionary era. That forgeries exist with cheap stones is an element worked into the plot, and which inspired earlier fiction. The story can be found here, and it’s a fascinating read.

That’s not a comment that applies throughout to Jacobs’ book, the last full Blake and Mortimer adventure he completed. It’s not only the cover that makes this an uncharacteristic book. There are no fantastical elements, just the mystery of the necklace’s location. Some of the opening portions come across as very stage managed, but when Jacobs answers the first set of questions his plot opens out, and good use is made of the labyrinths beneath the streets of Paris. Having set the stage by descriptions of how no-one without a map can find their way around, Jacobs dumps Blake and Mortimer within, and they only have the single fading torch to guide them in the darkness.

This second half of the book is suspenseful, and the twists flow naturally within the confined environment, only let down at this stage by a final revelation any adult will see coming. Let’s not forget though, that possibly unlike the later continuations produced by others, Jacobs aimed his books at children, and within that context it’s a viable device.

Artistically Jacobs is top form, with wonderful talking heads illustrations to advance his plot, and exciting and evocative scenes both on and below the Paris streets. At one point such is the complexity of the various locations of the major participants that Jacobs supplies a cutaway illustration displaying them over four subterranean levels. Sadly, reproduction here would reveal plot aspects best kept under wraps. Elsewhere, for much of the book Jacobs’ tempers his tendency to verbosity, and while there are still great blocks of expository text that could be considerably cut, they’re few and far between. This results in a faster-paced read, more suitable for the almost crime-noir tale being told.

An aspect that now comes across as odd is the British Blake and Mortimer casually ordering the French police and others about when there’s been no authority invested in them to do so. Jacobs may be playing on perceived British attitudes, although an equally valid interpretation is that others defer to their experience.

The meticulously reproduced settings and attitudes, a little old-fashioned even in 1967, now render The Affair of the Necklace a precise period piece, when it was intended as a contemporary thriller. Despite this, for the curious, it’s not a bad place to begin investigating the original Blake and Mortimer.