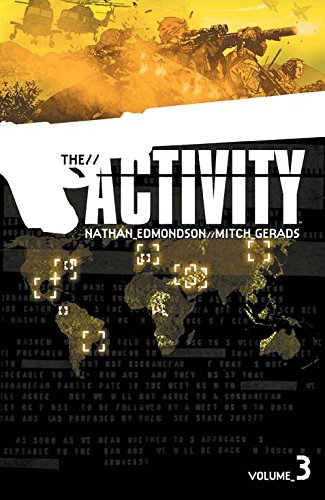 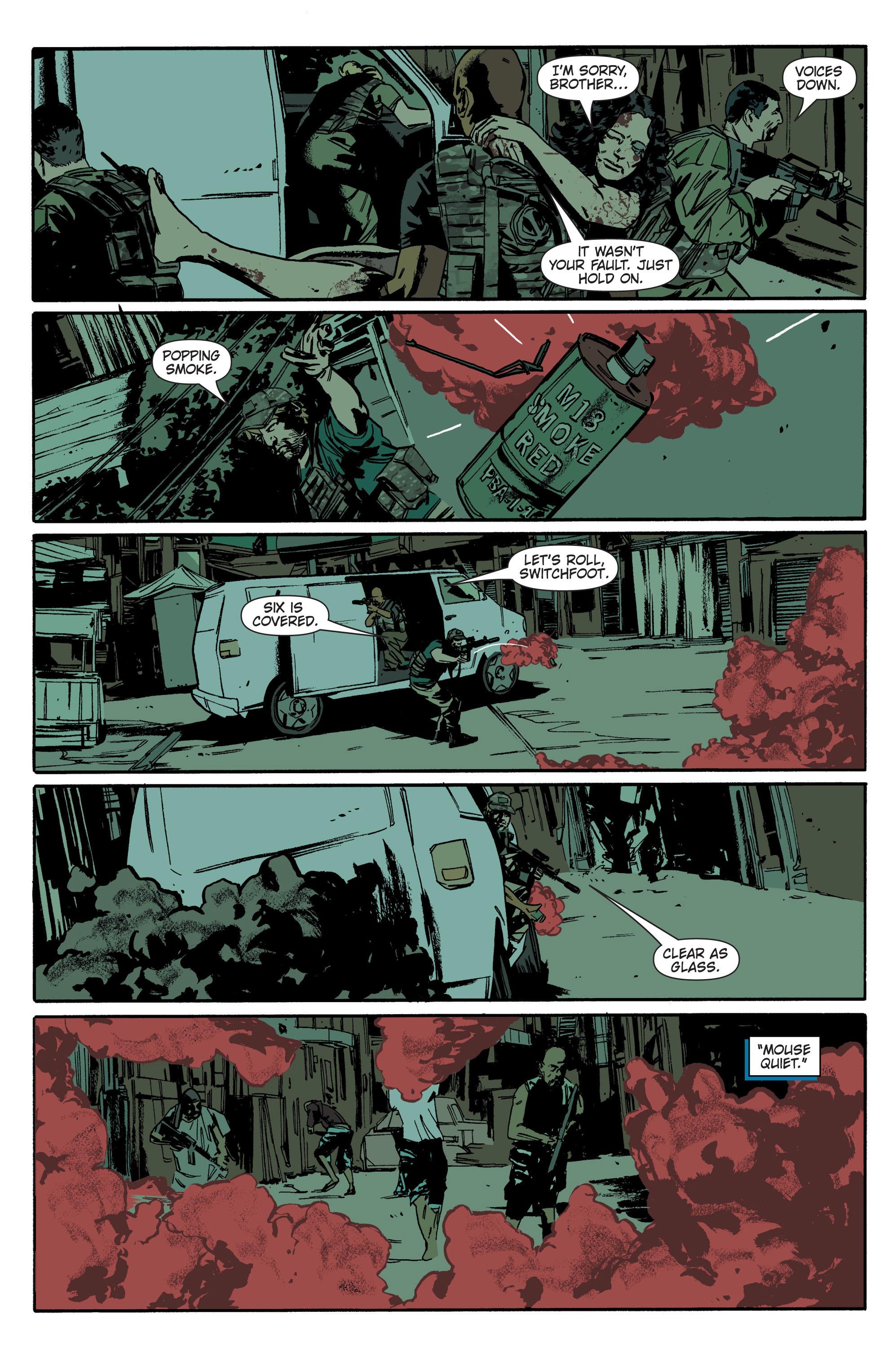 By the time this third volume of The Activity was released the series had impressed enough people in the right places that a film had been announced. Ken Nolan, best known for writing Blackhawk Down, was attached as an enthusiastic scriptwriter, and he provides the introduction detailing his previous problems with graphic novels.

If any proof were needed as to how well The Activity could transfer to motion, take the first chapter here. We look at team member Switchfoot’s previous allegiance with Delta Force, as they move through the deadly Iraqi town of Fallujah in 2004. Nathan Edmondson’s script has a cinematic sweep as we follow the squad on their mission, behind them as they kick down every door, the tension building page by page. And this isn’t even drawn by the excellent regular artist Mitch Gerads, it’s by Marc Laming. He’s equally good, mind, as his layouts and page breaks maximise the suspense amid a dark and deadly environment. Another way to look at is that it’s almost a first person video game played out for you. There’s a reason for spotlighting Switchfoot that becomes apparent further into the book.

Elsewhere Gerads is again excellent, taking the squad around the world, delivering superb storytelling spliced with the occasional stunning full page illustration. There are so many memorable sequences here, but the best is a double page spread showing the squad as they select equipment for a mission. The detail and preparation is everyday for them, but an exotic glimpse for us. A brief strip at the end of the book is illustrated by Brent Schoonover, and while he’s not bad, it places into perspective just how good Gerads and Laming are.

Edmondson has been dipping in and out of a plot set in the present where information leaks and betrayals have their cost, and no-one is above suspicion. Given the required violence for a military story, it’s strange that this should lead to some of the most harrowing scenes presented when the narrative switches from action to interrogation. “In Special Missions Units your rights work a little differently”, we’re told, before “You will answer my questions and you will otherwise keep your mouth shut. Do you understand?” The other ongoing plot concerns a now deceased information trader and who they were reporting to, and there’s some surprising movement on that score.

The more Edmondson digs into this title, the better he’s become, having ironed out the initial wrinkles. We also see what the squad do when they take time off (clue: not much different), there’s a chapter contrasting the heat the dust and the flies of Afghanistan with the cold, the snow and the frostbite of Siberia, and a mission in Iran. It’s difficult to conceive anyone who enjoys military action/adventure not deriving full value from The Activity.