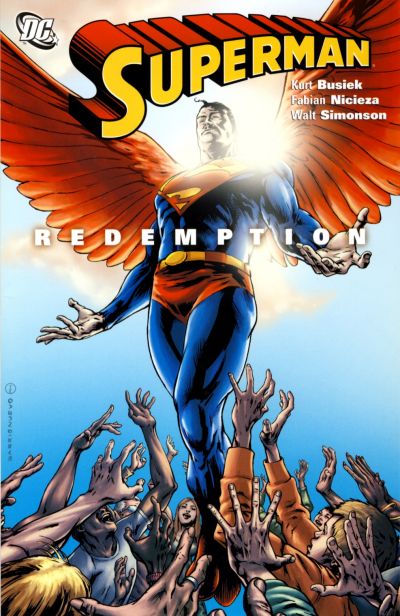 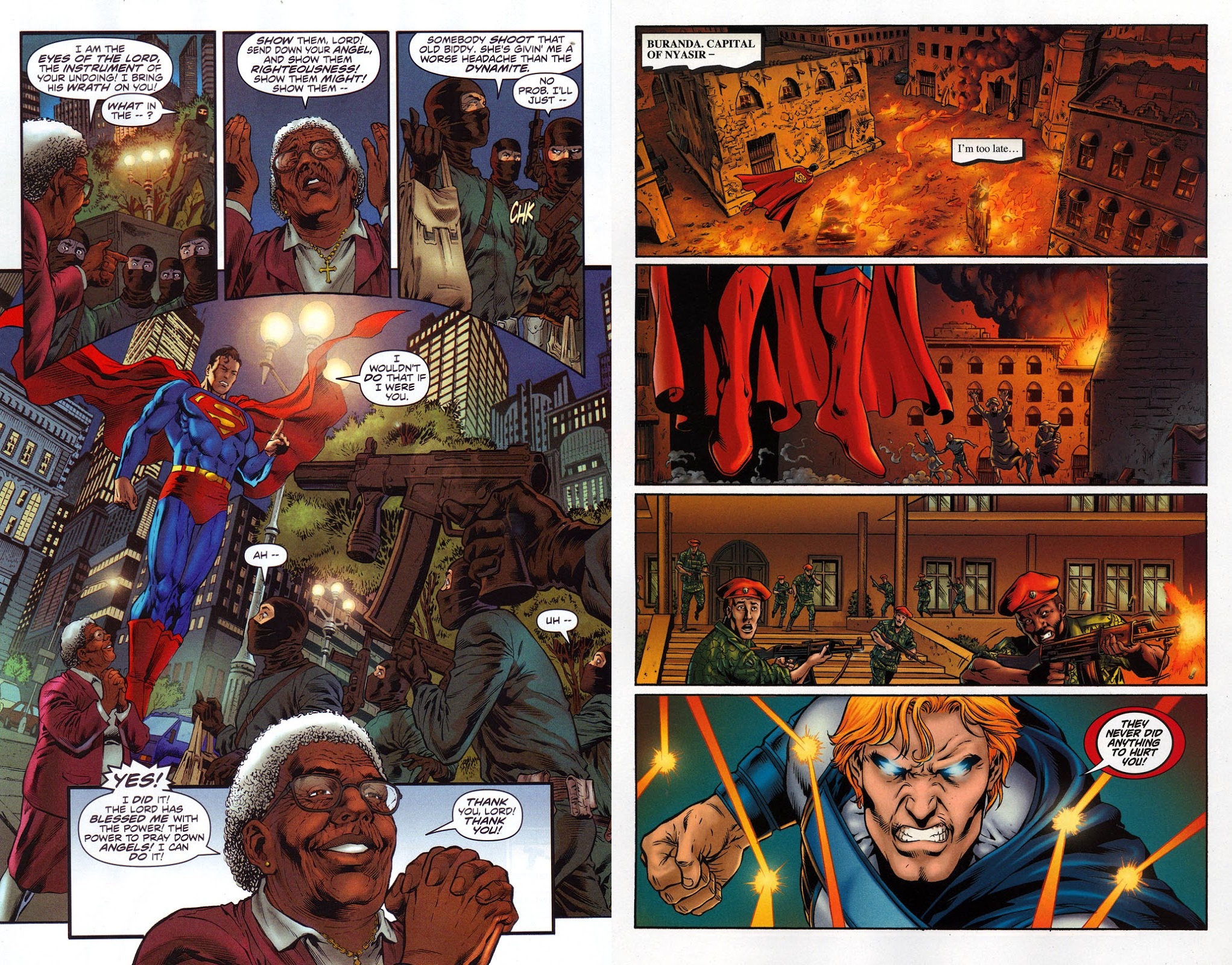 Redemption collects three Superman stories united by a common theme of faith. It’s the shortest piece that’s the strongest, and which deals most obviously with the concept. Co-written by Kurt Busiek and Fabian Nicieza, it’s the type of story Busiek alone writes so convincingly for his Astro City series, featuring the superhero as seen from the viewpoint of the ordinary person, and focussing more on that person than the hero. Barbara Johnson is now elderly, and has experienced the constant deterioration of Suicide Slum throughout her life. After she’s rescued by Superman she comes to view him as an angel of the Lord, on call to prevent disasters and crimes if she prays hard enough. The conceit is that she prays aloud, enabling Superman to tune into her prayers and come to her aid. Complications are introduced, and Barbara’s feisty character and absolute belief makes for some Will Eisner style sentimentality, with Peter Vale’s art (sample left) humanising Superman appropriately.

Nicieza’s title story concerns a new hero with powers at Superman’s level protecting people persecuted for their religious beliefs in the African state of Nyasir. He believes he’s acting under God’s direction, but Superman considers his methods excessive. Nicieza works through these ideas effectively, and the return of Barbara Johnson to participate in a form of pep talk is nice, as is the way Clark Kent’s personality proves as important as Superman. Allan Goldman’s art (sample right) falls more into the ‘promising’ category than the full article, though, with good viewpoints accompanied by some strange figures in places. Nicieza’s appropriately staged finale could have been laid out to better effect, and Goldman’s Clark is bulkier than his Superman.

A Superman with power and grace is supplied by Walter Simonson in the middle piece, where it’s matched with a case of biblical temptation and mysticism in Busiek’s plot. Saying too much would give away a neat twist, but Busiek takes a look at what might happen if Superman didn’t rein himself in, physically and morally. There’s always a joyful energy to Simonson’s work and he relishes the perverse aspects of the idea and produces some great off message versions of familiar characters.

The themed selection works very well as a collection, their different aspects all investigating the idea of Superman as a form of God, without overplaying the idea into one that would offend, and the stories stand alone from any form of continuity, which is another bonus.