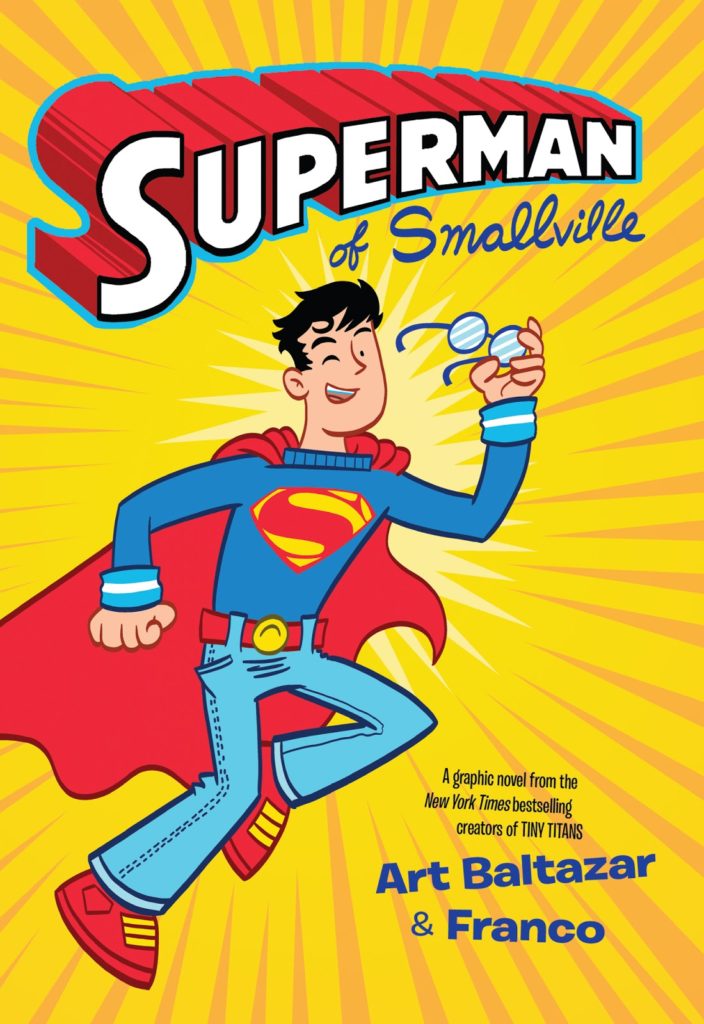 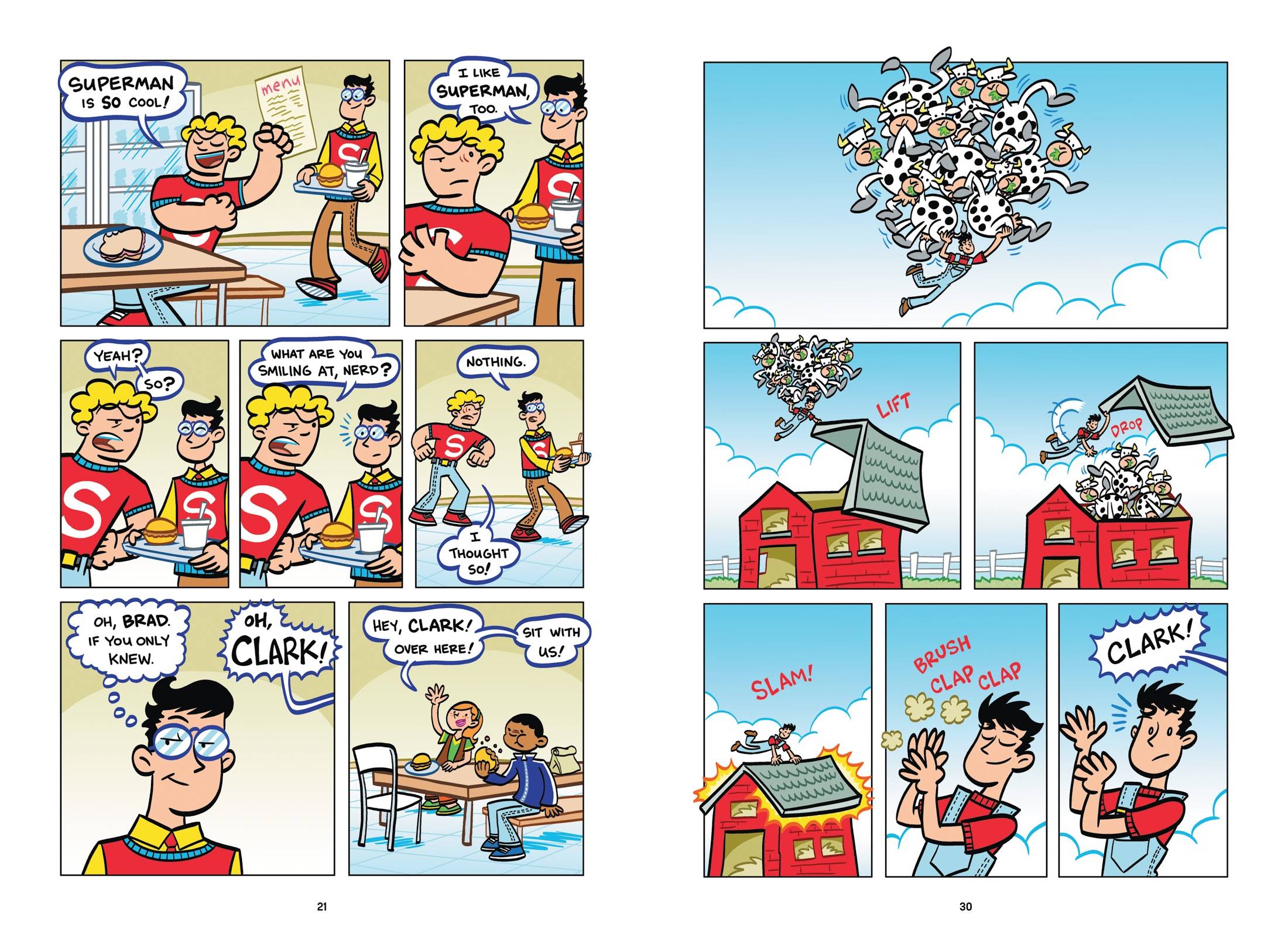 As the title promises, this is the young Superman still living with Ma and Pa Kent on their Smallville farm, masquerading as Clark Kent to attend Smallville Middle School. While gradually enjoying his super powers and costumed identity by helping out the local farmers, Clark also has to put up with the taunting bully, and smug, rich and smart kid Lex Luthor. Still, it also means he gets to hang out with Lana Lang, who’s beginning to make him feel as good as banana custard used to. Things start to go wrong, though, when crimes are committed by someone who has Superman’s powers.

Creators Art Baltazar and Franco Aureliani have a long track record with children’s comics via their success with the Tiny Titans series, so know fine what they’re doing for a young audience. The plot is simple, the mystery not difficult for children to figure out, and the cartooning is uncluttered and bright.

While there’s some mild amusement to the idea of Superman being grounded, Baltazar’s plot is only concerned with appealing to children, and for anyone else it’s a really quick read. The reverse would be like complaining about James Joyce not being suitable for children, so Baltazar is fulfilling the remit, but the gags are basic and Superman of Smallville trundles along at a pace leaving no-one behind. Large pictures on every page turn them rapidly, and for much of the story even children with only a few books behind them are going to figure out where things are heading, and perhaps that’s the empowering point. However, beginning with Luthor bamboozled, Baltazar delivers a new twist on the young Superman, a clever one with no obvious solution and one that endangers his dual identity. While the idea is interesting, the execution never transcends the remit, with the coded language (decoder in the back) the neatest aspect.

Overall, there are many more interesting storybooks for children out there, quite a few alongside this in DC’s Zoom imprint.