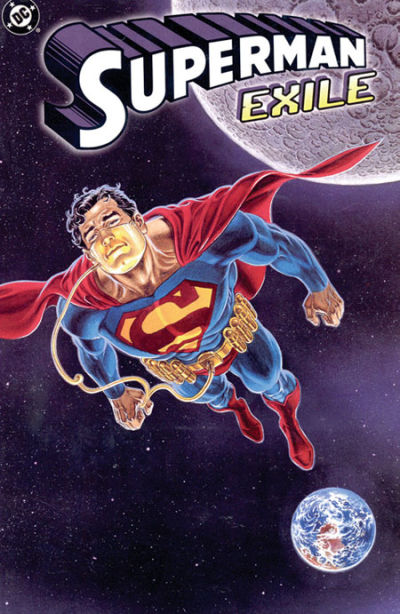 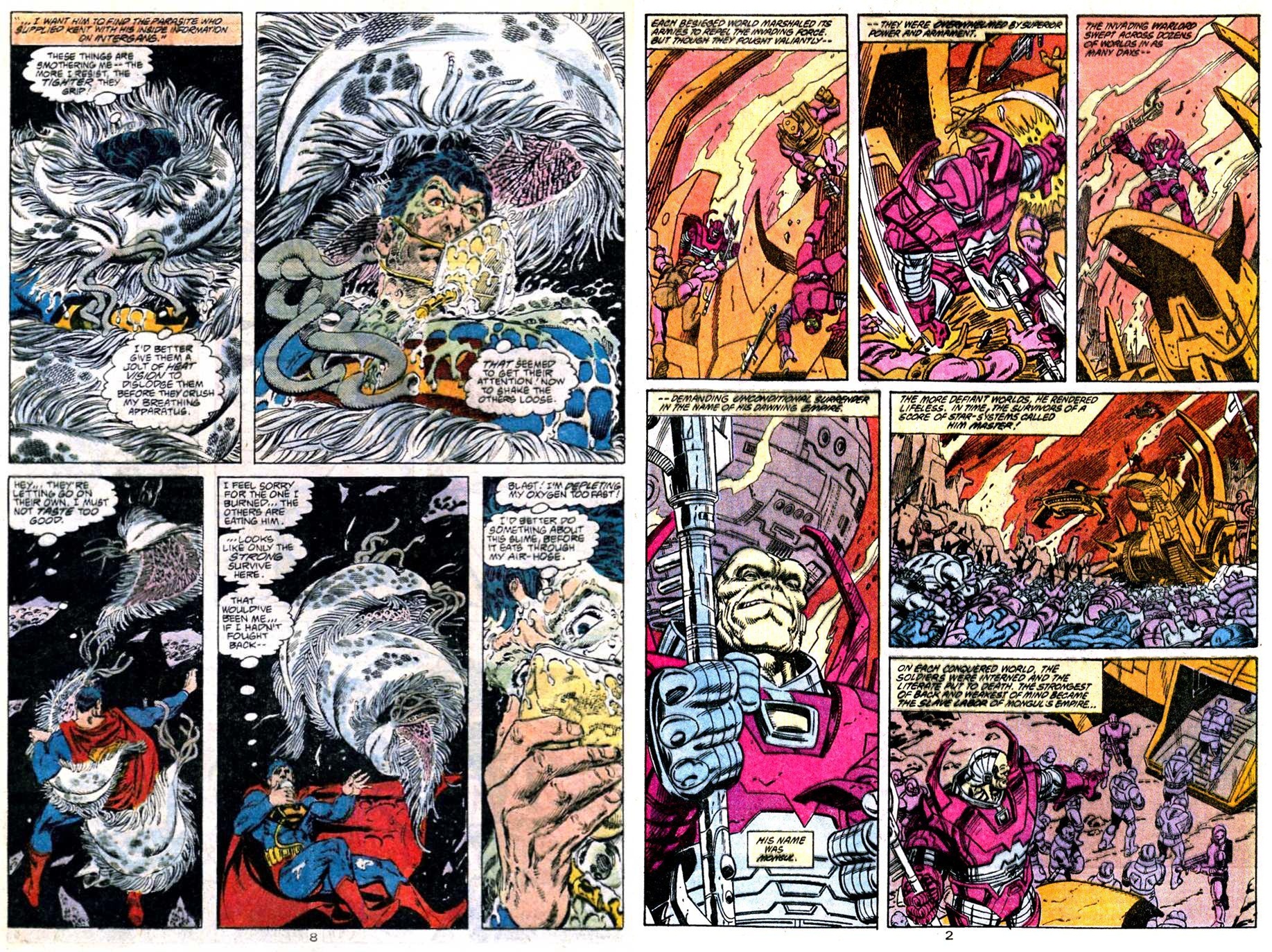 A four page synopsis beginning Exile explains why Superman has isolated himself in space, which amounts to his having an uncertainty about his mental state after manipulation by Brainiac. It’s left him convinced he can no longer be around humans as he may endanger them, and so needs to find somewhere he can be alone. It all sounds rather grim, and the occasional bout of chest-beating features, but what follows is largely a sprightly reaffirmation of Superman as a great hero over a collection that splits conveniently into two halves.

With Superman missing from Earth, what of Clark Kent? Well that’s tied up rather neatly early on leaving the writers (Dan Jurgens, Jerry Ordway and Roger Stern) able to flex their imaginations by pitting Superman against more exotic menaces than he’d come across on Earth. The other benefit of this is that it requires the thinking Superman because he doesn’t automatically understand everything he encounters. The most ambitious piece of plotting occurs in Exile’s second half, which delves back into Superman’s Kryptonian heritage. No spoilers. Some aspects also feed their way into the later Death of Superman and its sequels, not least an appearance of Warworld and its master, Mongul, a powerhouse brute of a man able to take on Superman fist to fist.

While Superman is absent, contrast is provided by looking back in on Earth, notably the activities of Lois Lane and Lex Luthor, whose soap opera aspects do their job in hooking interest, but also working very with the shapeshifting alien Matrix. Whoever came up with her role on Earth during Superman’s absence deserves to be noted, as it twists the plot brilliantly. There are no shortage of other surprises either. The writers treat the story as an ensemble piece, and other members of the cast are seen with Superman well out of the picture, yet they’re equally important, some created for it, and others enveloped. The most important aspect to come out of the stories is the Eradicator, a device explored toward the end, and of greater consequence to the following Eradication! collection. Although that’s not strictly speaking the truth, as several intervening issues aren’t available in collections to date, leaving the cliffhanger ending here a puzzle that remains.

The art is uniformly good, although in the style of the times, so there there’s little use of large images other than the splash pages to start each chapter, and the pages can seem cramped. Ordway (sample art left) draws some of his plots, as does Jurgens, and Kerry Gammill is the other primary artist involved (sample art right), all of them professional, with Ordway having an appealing classical polish. There are also smaller sections illustrated by Mike Mignola, gradually finding his style, and Curt Swan, effectively disguising his, while George Pérez (plot and layouts) and Brett Breeding (finished art) complete the book.

Exile is a lot of fun if it can be accepted as being of its era stylistically, featuring multiple thought balloons and an occasional lack of subtlety about the explanations within them. If that’s just too old fashioned, don’t bother. Anyone who does will be rewarded with good art, decent twists and Superman repositioned as a great hero. 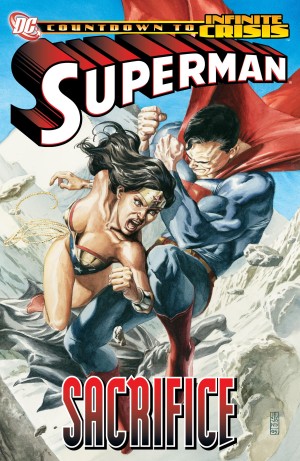