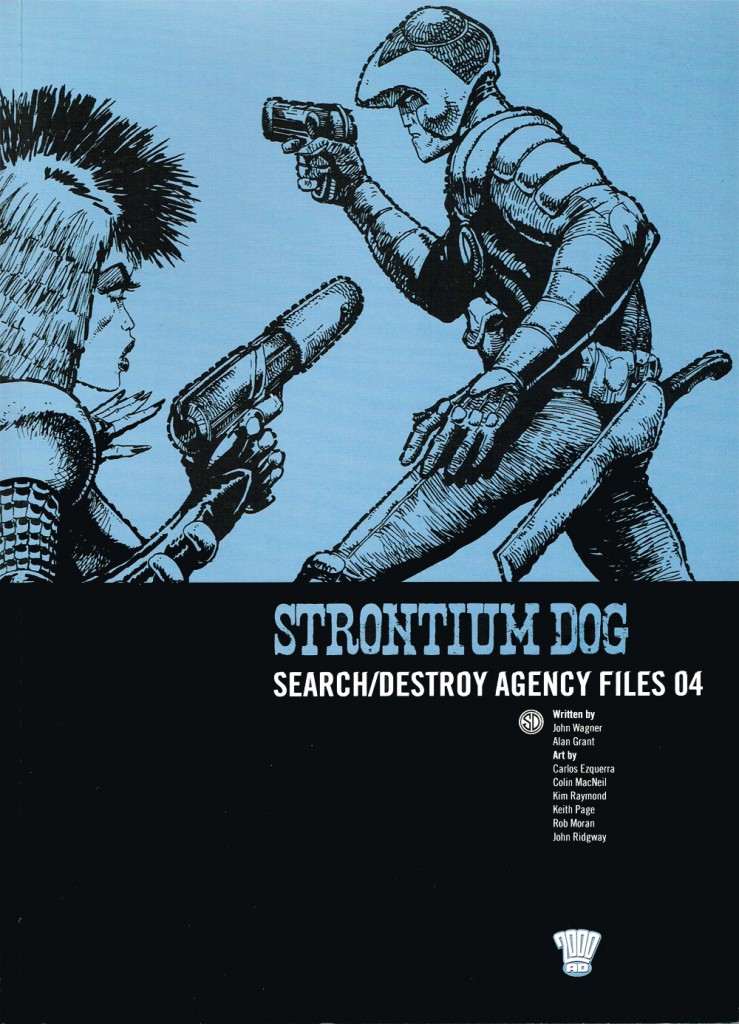 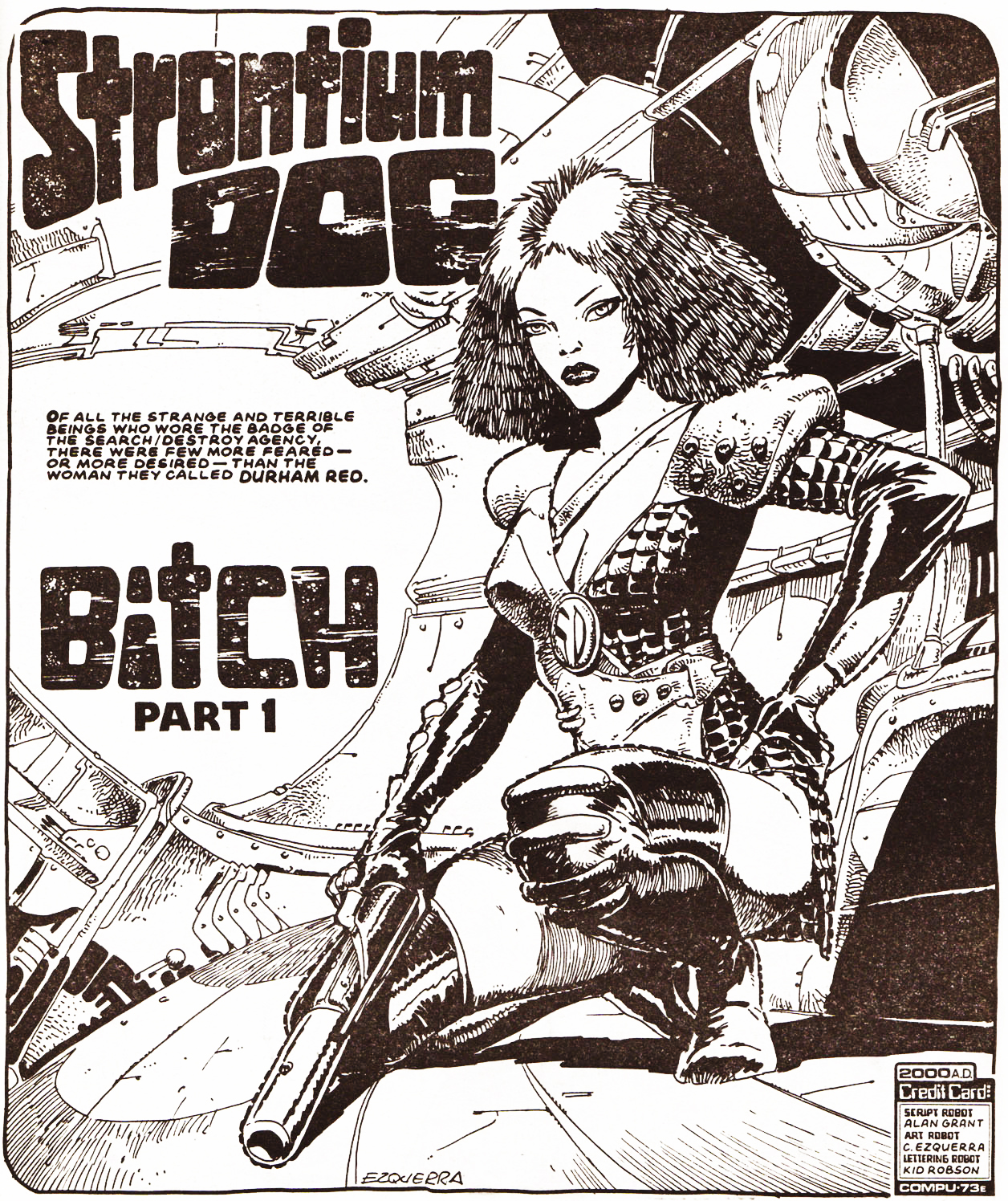 To this point the Strontium Dog canon had almost entirely been the work of writers John Wagner and Alan Grant with artist Carlos Ezquerra. Here others are involved, and the quality dips.

‘Bitch’, the longest storypresented, introduces Durham Red, a female mutant that’s basically a vampire. Unusually for a Strontium Dog character, she survives to the end of the story and would return time and time again as Alpha’s partner, eventually earning her own series (an honour she shares with another Strontium Dog: Middenface McNulty). ‘Bitch’ is fairly enjoyable, effectively repeating the trick of using a real-life historical character when Alpha travelled through time to capture Hitler. This time it’s Ronald Reagan (US President at the time), and a great deal of amusement is had at his expense. The story also allows Johnny to side with a beleaguered people struggling under the yoke of human oppression, in a battle that mirrors his own struggles as a mutant.

Sticking with a political theme, ‘The Royal Affair’ touches on the shocking treatment of mutants, though it’s largely played for laughs, while the following tale, ‘A Sorry Case’, is pure comedy. At four parts, the joke is stretched a bit thin, but Colin MacNeil’s artwork is great. ‘The Rammy’ has Alpha and McNulty taking down a plethora of targets at the same time, a plot device we’ve already had a few times before.

Alan Grant wrote the next three stories on his own, having written everything up to this point with John Wagner. ‘The Stone Killers’ again features Durham Red in a straightforward adventure that pits our heroes against a bunch of stone killers. Literally: they’re made of stone.

‘Incident On Zeta’ is a story, the credits are eager to inform us, with a plot suggested by Ezquerra. Which must have gone something like this: “Hey, lets do a story about Johnny being on a spaceship that gets hijacked. Cause we’ve only done that about three or four times already.” Sometimes it seems like Johnny can’t get on a spaceship without it being captured by space pirates. Needless to say, it’s up to Alpha to save the day, which is ironic as he’s invariably travelling with all the other mutant scum in the ship’s cargo hold or whatever. If it ain’t broke…

It’d be fair to say that Simon Harrison’s artwork on ‘The No-Go Job’ and other Strontium Dog stories divided readers. His style is extremely messy and lacks storytelling skills, especially when compared to Ezquerra’s bold, simple and easy-to-follow layouts.

The book ends with stories from 2000AD Annuals and Specials. These publications were a chance to use tryout material, so it’s a mixed bag. It’s always interesting to see how artists other than Ezquerra handle a character that he’s synonymous with. Unfortunately, Kim Raymond, Keith Page and Rob Moran merely demonstrate how good Ezquerra is, although John Ridgway’s contribution is something else entirely. While his composition isn’t as dynamic, the characters work well in his almost photo-realistic style, and his artwork is always a treat.

The previous book was miserable, concerned as it was with the death of Alpha’s long-time partner, Wulf, and Alpha’s subsequent revenge. This collection is, on the whole, much more light-hearted, with a couple of out-and-out comedies amongst all the usual blood-soaked space Western fare. Which is just as well, as the next book takes the misery to a whole new level.