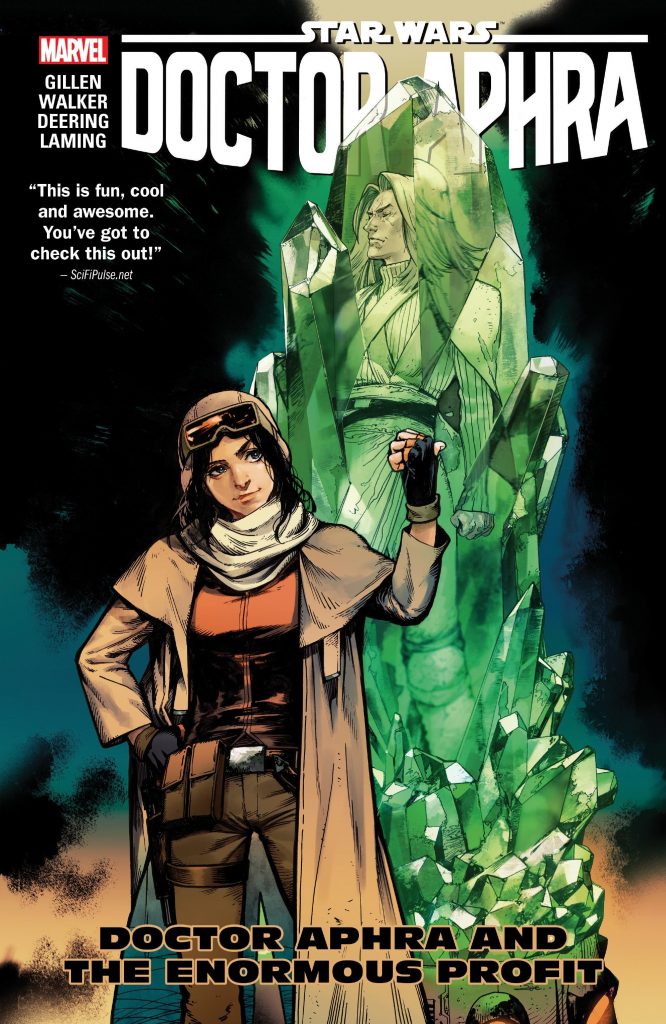 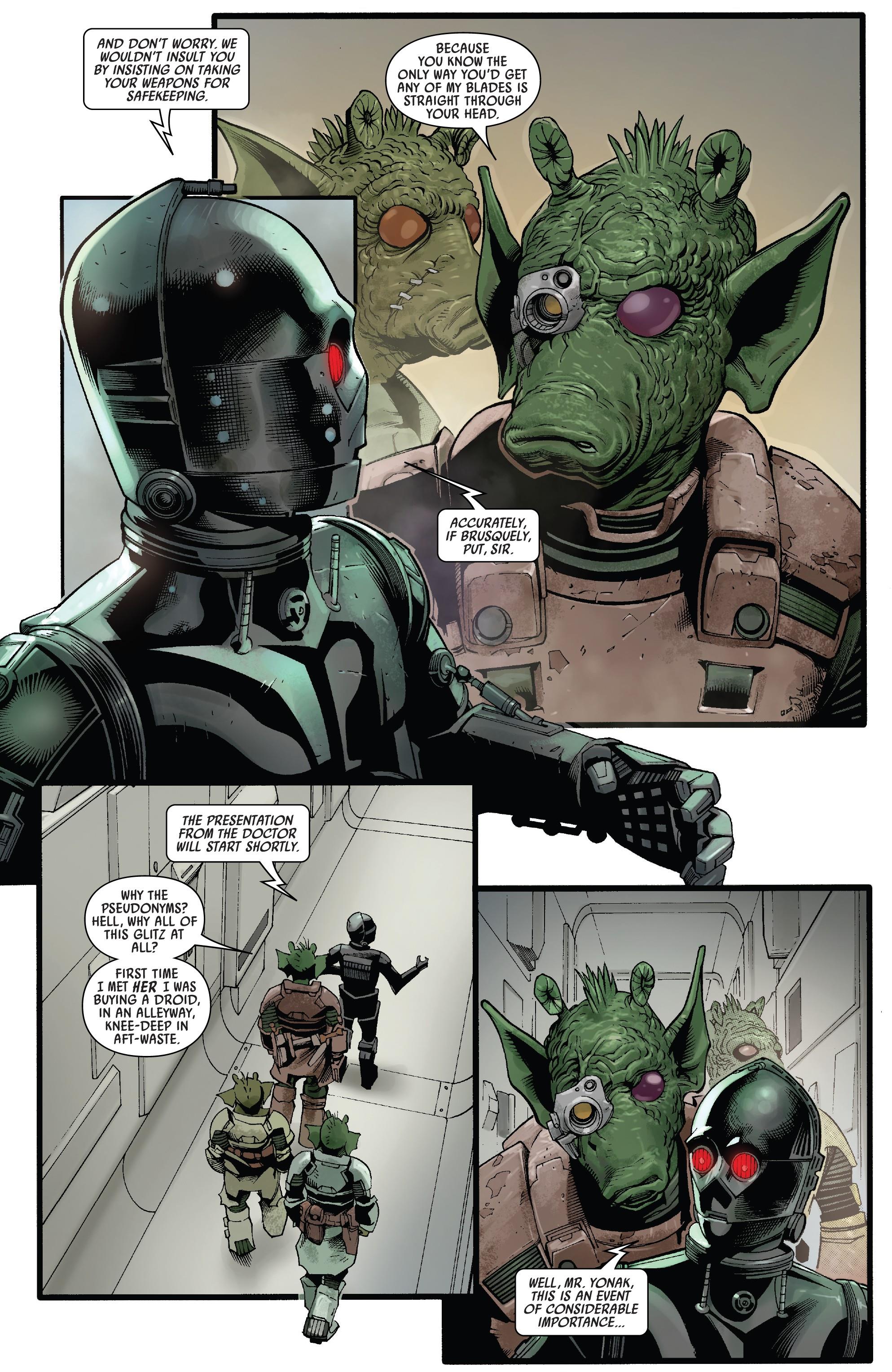 Doctor Aphra and the Enormous Profit more or less starts where the Star Wars crossover Screaming Citadel ends. Rogue anthropologist and general scoundrel Doctor Chelli Aphra has the Rur Crystal, a gem containing the consciousness of an ancient pre-republic Jedi. Selling on the black market to the worst scum of the Galaxy is dangerous work, but Aphra has just the right crew to help her pull off the job. Wookie Bounty hunter and Aphra’s self appointed bodyguard Black Krrsantan is there to make sure the sale goes through and he gets his cut, just a part of the debt Aphra owes him. To fulfil the debt completely Aphra has sworn to help Krrsantan repay a life debt to the men who made him the Wookie he is, but for thrills and profit Aphra is willing to risk the wrath of vengeful wookies, bored killer droids and greedy cartels. The only questions worth asking are: which would be the biggest mistake and where’s the biggest pay-off?

A great deal of Aphra’s back-story was set up during Kieron Gillen’s run on Darth Vader and Enormous Profit comes full circle. Action-heavy and darkly funny, Gillen uses some neat devices and perspectives to tell it. Black Krrsantan’s origins in particular work well and set a new path for the roguish Aphra going forward into the series. The opener features two teams of artists, Marc Laming and Will Sliney, presenting conventional layouts with clean, though fairly no-frills art. Kev Walker pencilling the remainder is more adventurous, frequently using overlapping panels with intimate close-ups and detailed resolution. Psychopathic droids BeeTee and Triple Zero are examples of the best work, though the lack of detail in backgrounds and distorted expressions are detrimental. Walker improves this over time.

Despite the feeling that this could be better with more consistent artwork, Doctor Aphra and the Enormous Profit is a high-octane romp that’s still a fun way to pass time and has plenty to please regular fans. Si Spurrier and Emilio Laiso join Gillen for the third volume in Doctor Aphra: Remastered. 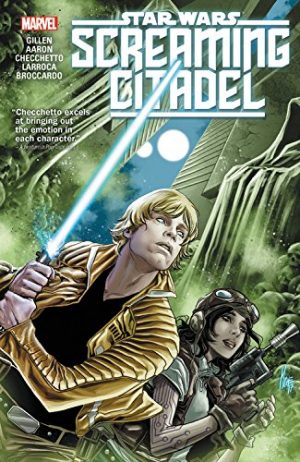