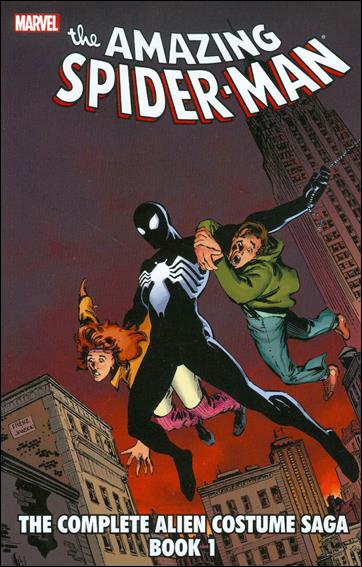 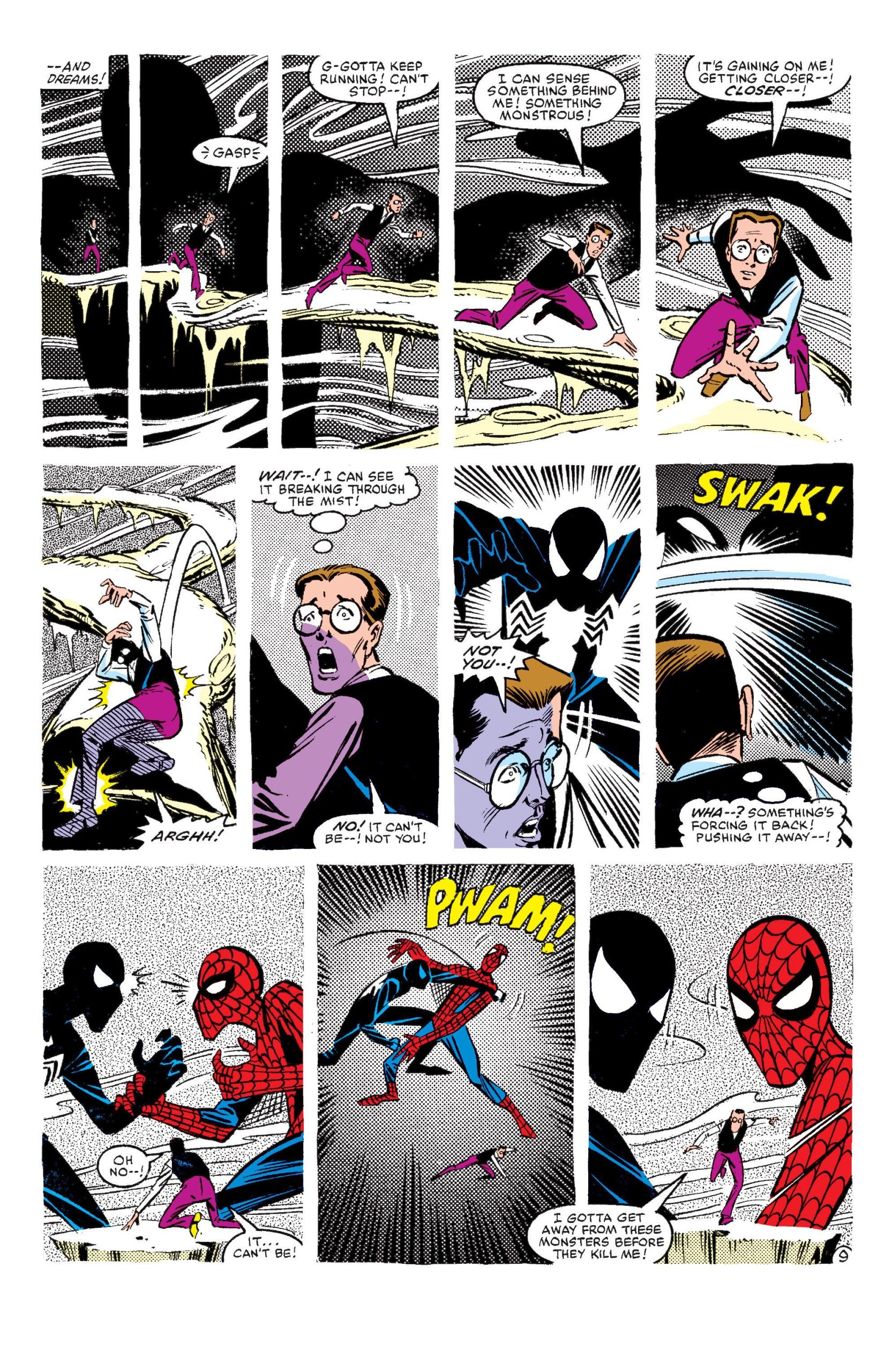 During the first Secret Wars Spider-Man replaced his costume with a stylish black and white number, and over a year the horrifying nature of the extraterrestrial ensemble was revealed. This paperback begins the process of chronologically covering the black bodysuit’s every appearance.

It catapults into action with ‘Homecoming!’ by Roger Stern, Tom DeFalco and Ron Frenz, as spectators in Central Park see a mysterious black garbed stranger explode from an alien artefact. Spider-Man begins to explore his new uniform: a thought-controlled, self-activating, metamorphic ball with chameleon capabilities, able to construct webbing from its own mass. DeFalco, Jim Owsley and Greg LaRocque then have an altered Spider-Man join Daredevil and the Black Widow as the heroes uncover New York mob connections, a trail to Kingpin Wilson Fisk.

Under Milgrom and Mooney the Black Cat keeps secrets from her frankly now-creepy paramour as the Blob goes on a grief-fuelled rampage. DeFalco and Leonardi then have the ebon wallcrawler battling terrorist mercenary Jack O’Lantern for possession of a hi-tech battle-van. Peter should have been reconciling with Aunt May, and suffers another heartbreaking personal setback.

Then the Kingpin’s latest diabolical fixer is introduced by Milgrom and Mooney, whilst David Michelinie and LaRoque take the wallcrawler far from home in a cosmic mini epic. ‘Foiled!’ sees living light source Monica Rambeau trapped in energy form.

DeFalco and Frenz introduce charismatic septuagenarian cat-burglar Black Fox, a hapless pawn and target of the ruthless Red Ghost, followed by Louise Simonson and Paul Neary having Spider and Cat meet Alpha Flight. It’s followed by a loving ordinary couple forever unsettled by witnessing the world of superheroes and villains by Bob DeNatale and David Mazzuchelli, while Milgrom and Mooney have the Answer stalking the Black Cat to unearth Spider-Man’s secrets, only to see Spidey’s suit start to malfunction.

A run of team-ups follows. Cary Burkett and LaRoque pit the webslinger and Moon Knight against Chinese ganglord White Dragon as a prelude to Milgrom and Mooney bringing Cloak and Dagger into the game. The Kingpin resurrects his former rival Silvermane and the mindless cyborg goes wild. The tale ends as the Kingpin’s grand scheme is exposed and a hero falls.

Beyond a period of adjustment, the saga hits its stride when an increasingly weary and listless Spider-Man is attacked by a super-mercenary hired by the Rose. That escalates until the Kingpin steps in, forcing the Rose to ally himself with the murderous Hobgoblin. It ends with an exhausted Parker confronted with a stunning revelation from former lover Mary Jane Watson.

Plagued by nightmares, perpetually tired and increasingly debilitated, the webslinger visits the Fantastic Four and is horrified to learn his suit is alive: a parasite slowly attaching itself to him body and soul.

This run of tales marvellously rejuvenated the Amazing Arachnid by kicking off a period of gripping and imaginative stories culminating with the creation of arch antihero/villain Venom. Some stories have been previously reprinted (see recommendations), but never as comprehensively. The wonder continues in Book 2. 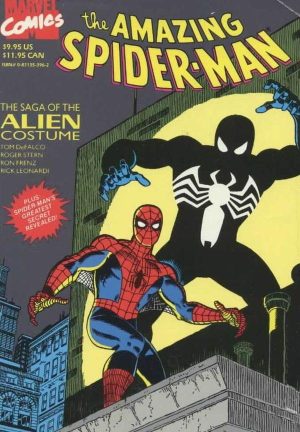 The Amazing Spider-Man: The Saga of the Alien Costume 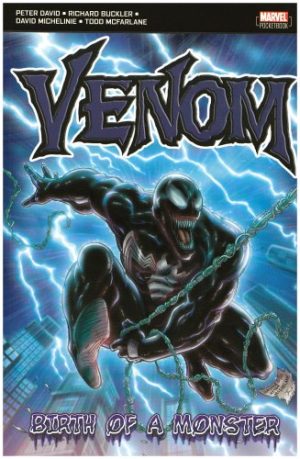 Venom: Birth of a Monster 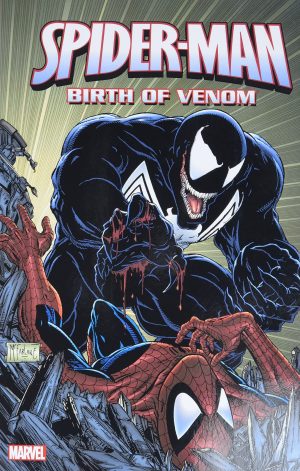 The Amazing Spider-Man: The Saga of the Alien Costume

Venom: Birth of a Monster