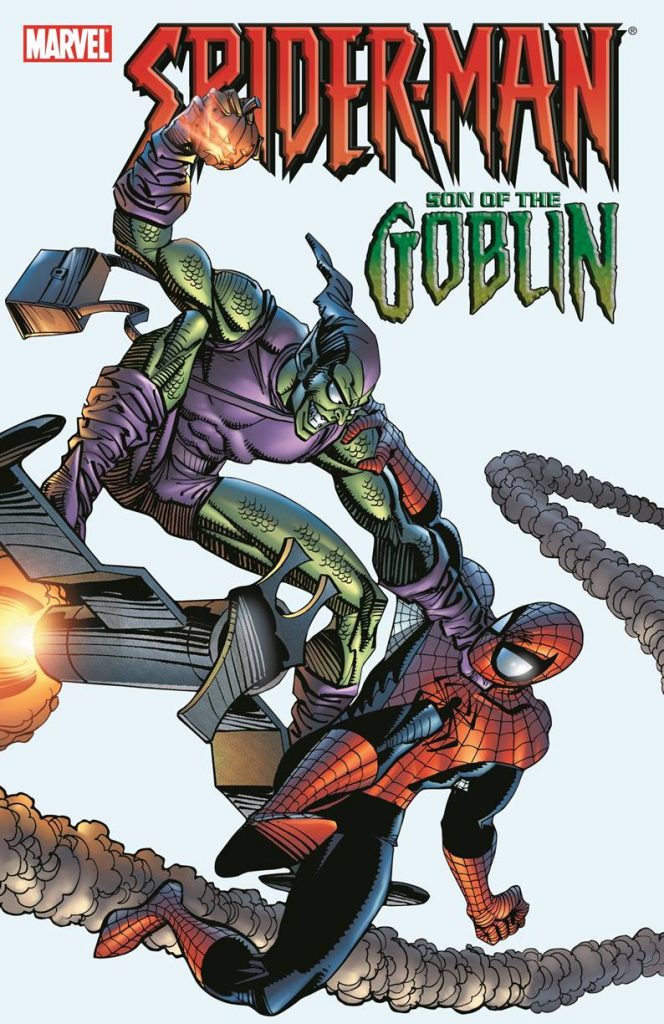 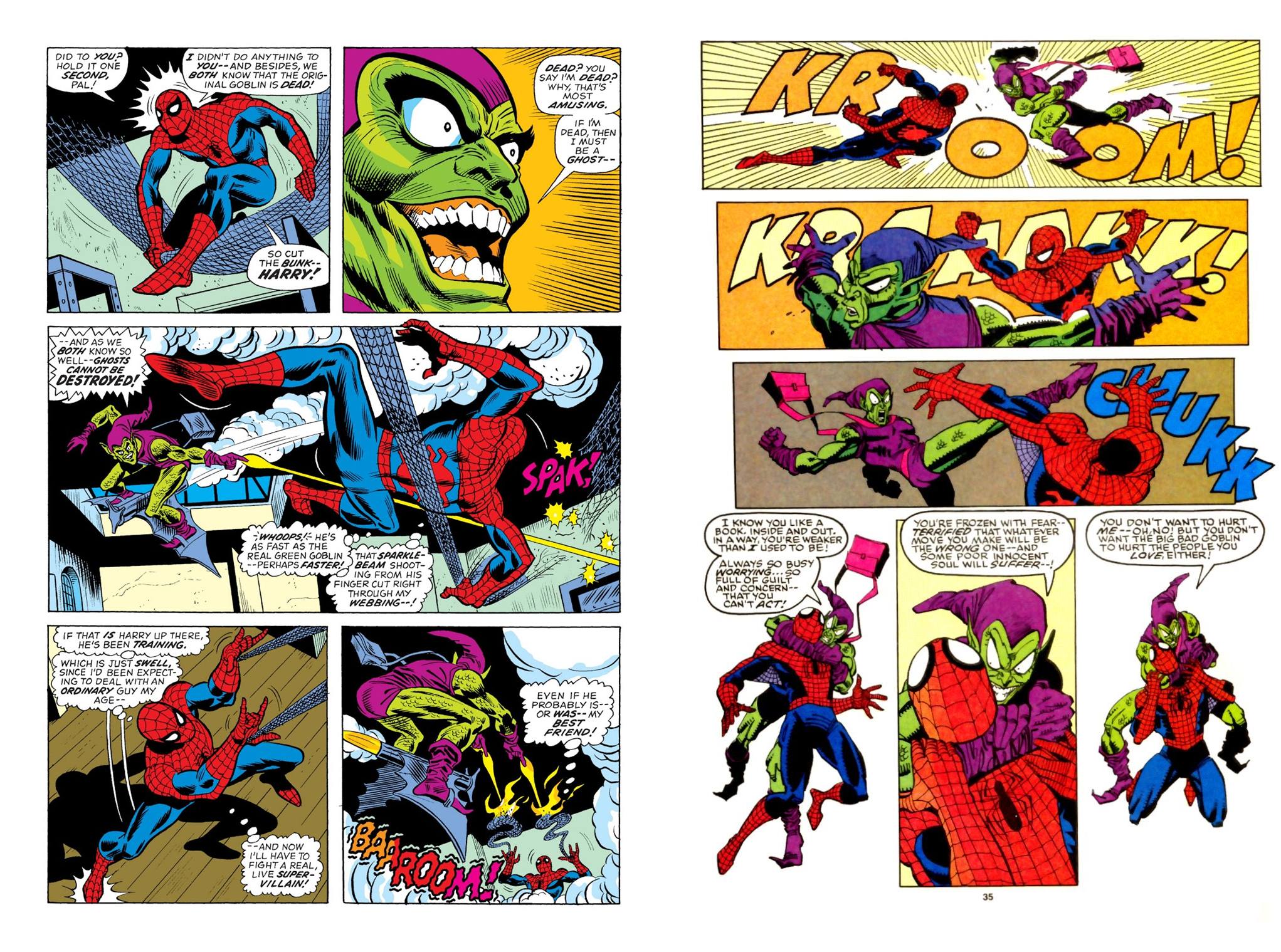 Spider-Man had already met the Green Goblin several times before readers discovered he was actually Norman Osborn, respected industrialist and father to Peter Parker’s best friend Harry Osborn. It was a masterful revelation, complicating Peter and Spider-Man’s life still further, but this collection considers Harry’s time as the Green Goblin after discovering his father’s secret and legacy. It provides pathos, Peter aware he’s battling a mate.

Actually, in the first story he’s under the impression the Green Goblin is dead, although when a new version turns up he suspects it may be Harry, without being entirely sure. Gerry Conway exploits the idea of the Goblin being deadly, and Spider-Man thoroughly brassed off with Harry anyway, but having to hold back as he knows in his heart of hearts that’s his mentally ill mate in the costume. Over two chapters Ross Andru delivers thrilling action and a riot of 1970s fashions. There’s a real sadness to the ending, although Andru oversells it by drawing a loony eyed Harry.

Over a decade passes before David Michelinie and Todd McFarlane’s sequel. Harry has been cured, although long dropped as a primary supporting character in Spider-Man. He’s married Liz Allen and has a son of his own, and when the Hobgoblin threatens his family he decides to settle things in the Goblin costume. McFarlane’s bigger images impress, and the storytelling is relatively solid, but this is very much a succession of bangs, flashes and little substance.

Any pretence of Harry’s sanity has evaporated by the final two stories produced by J.M. De Matteis and Sal Buscema, the best in the collection. In the prologue De Matteis has Harry toy with people psychologically, arrange a terrifying family dinner and head completely over the top. It’s given the necessary tension by Buscema and ends with a nice nod to the Conway story seen earlier. It sets the standard high, but the second De Matteis and Buscema collaboration betters it, being a real heartbreaker that still provides a full dose of threat and action. The creators straddle a difficult line, showing that Harry is insane while he’s claiming he’s not, having sinister chats with people while in the Goblin costume. Those close to him are concerned, but have to be vary careful not to prod him completely over the edge. The result is brutal and gut-wrenching, and hasn’t lost any of its power over the years.

Collections featuring Spider-Man’s villains generally have so many stories to choose from that they err on the side of attempting to be as inclusive as possible, the result being that too many older stories no longer resonate. Less choice has produced a better collection.