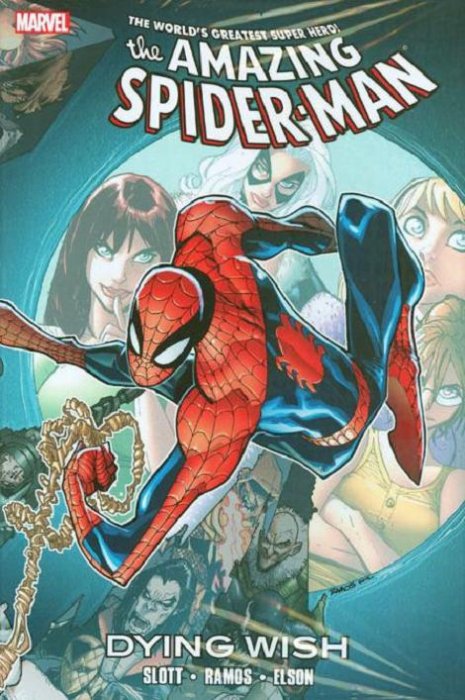 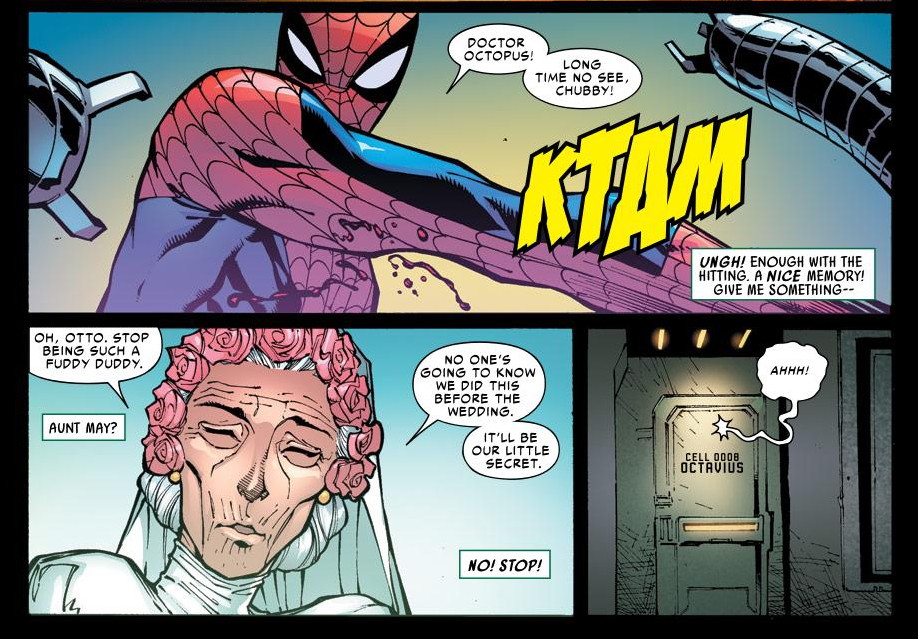 A thread running through Dan Slott’s period on Spider-Man is the gradual demise of Dr Octopus, last seen in Avengers custody after his attempt to fry much of the world failed. He’s trapped within life support machinery and apparently on the verge of expiry when he repeats a name over and over: Peter Parker.

It’s difficult to proceed further without spoilers, so those not wanting to know shouldn’t read beyond this paragraph. For them, the story continued from Danger Zone drops a massive bombshell in the first chapter, and continues the surprises from there. It’s exciting, suspenseful, credible, an emotional roller-coaster and a very brave move resulting in a new outlook for Spider-Man.

Richard Elson’s clean and clear art on the opening chapter contrasts the angular style of more frequent artist Humberto Ramos for the concluding material. The short of the story is that in the opening chapter Doctor Octopus manages to switch his brain patterns into Spider-Man’s head while transferring those of Peter Parker into his own withered and dying body. Slott spent some considerable time setting this up over previous volumes, introducing the technology and constantly suggesting that Octopus is moving toward a master plan, and it pays off here. By the end of the book Peter Parker is dead, or as dead as one can be in the Marvel universe.

Before that occurs Parker embarks on a desperate battle against time, gathering some unlikely allies in a bid to reverse the transformation. Considering the frail state of the body he’s inhabiting that’s some achievement, but then he’s spurred on by an awareness that Dr Octopus is now privy to all his secrets, and the whereabouts of all his loved ones. Indeed, Octopus wastes no time in making their acquaintance, and there’s a particularly good scene with Mary Jane, Slott playing the readership in spectacular fashion. But Spider-Man has other loved ones, long dead, and Slott incorporates them into the tale in both heartwarming and heartbreaking fashion. Before the end there’s one last twist as Spider-Man is convinced to do the right thing.

The series continues from here in Superior Spider-Man: My Own Worst Enemy.