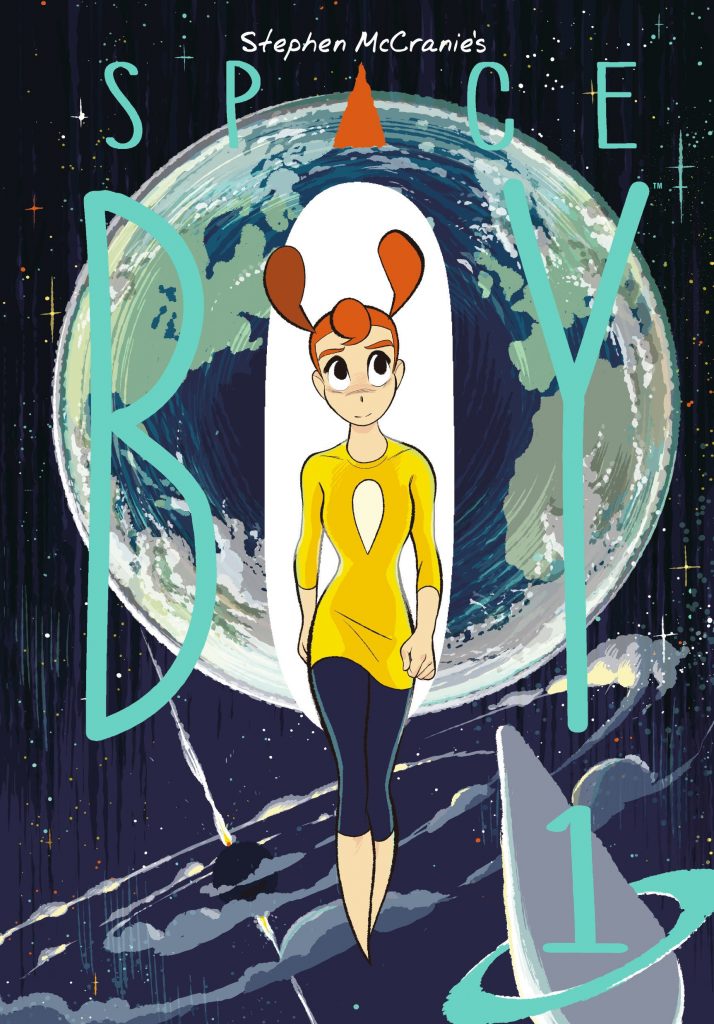 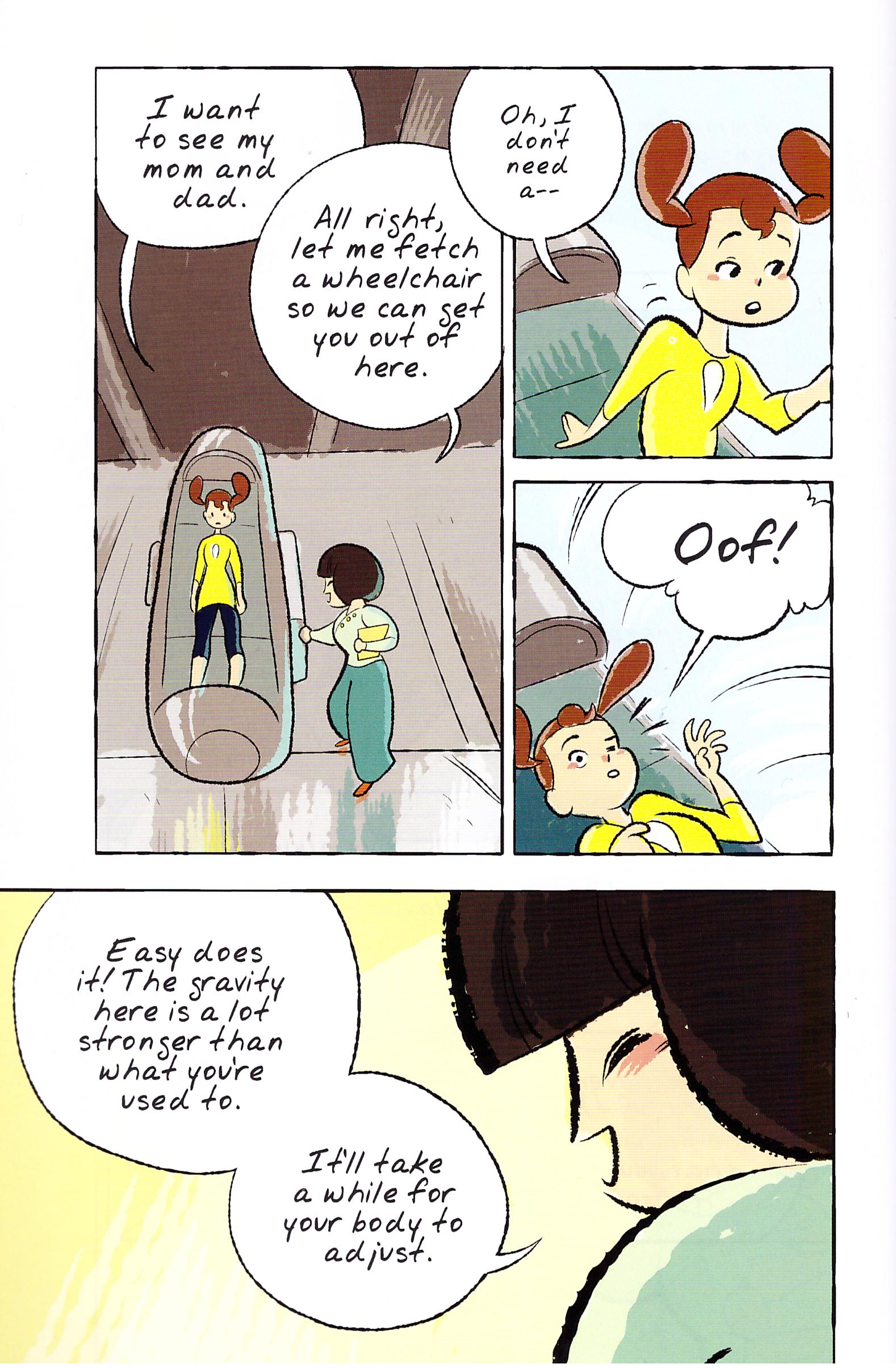 Stephen McCranie’s young adult graphic novel is unconventional from the start, the opening sequence very introspective in its reflection on nothingness. And then there’s the matter of the cover presenting the title wrapped around a young woman rather than any form of Space Boy. That’s Amy, resident of a small mining colony in deep space, or at least she is until her parents are sent back home to Earth, a journey that requires thirty years in cryogenic stasis.

McCranie explores that concept a fair bit, starting with what it’s like to wake up, and the procedures that need to be observed when adjusting to Earth. It’s a very leisurely process, as is so much about his storytelling through what’s the opening volume of eight books to date. That slow pace reinforces the wonder and strangeness of the environments, and an appreciation of what we take for granted like birds and trees, while establishing Amy’s isolation.

Just about halfway through there’s a clever reset, the scenes during which we first met Amy being repeated, but with a surprise. She has a condition whereby she assigns everyone she meets a flavour, and there’s someone at her new school who just doesn’t have one. McCranie uses the school scenes to echo the way so many children feel, out of their depth and distanced from procedure. It’s during this sequence that McCranie switches the art, which comes as quite a surprise. For most pages beforehand it’s been a tidy form of simple retro-cartooning showing Amy almost always alone in the world, but with the school issue glasses she’s reluctant to wear, everything changes.

That’s a neat effect, but it’s temporary, by which point an injection of pace is desperately needed, but never arrives, and the differences between Earth and the place Amy grew up only hold so much fascination, especially as most readers will be from Earth themselves. She has a period of growth, and we have the mystery of the boy without a flavour to carry us into the next volume. The art charms, but more needs to happen over 250 pages next time.