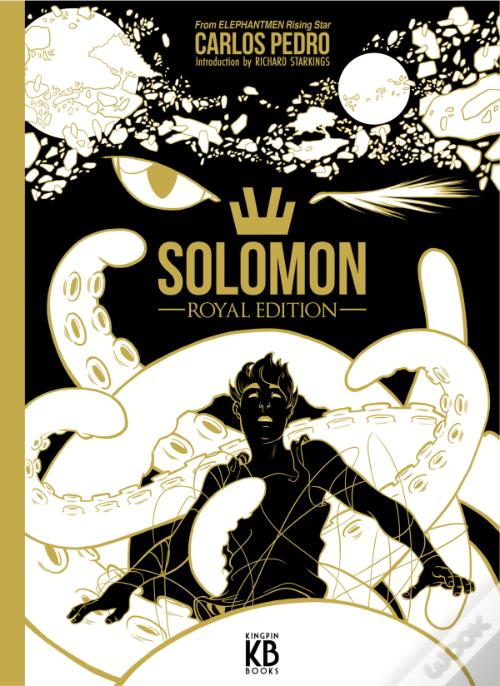 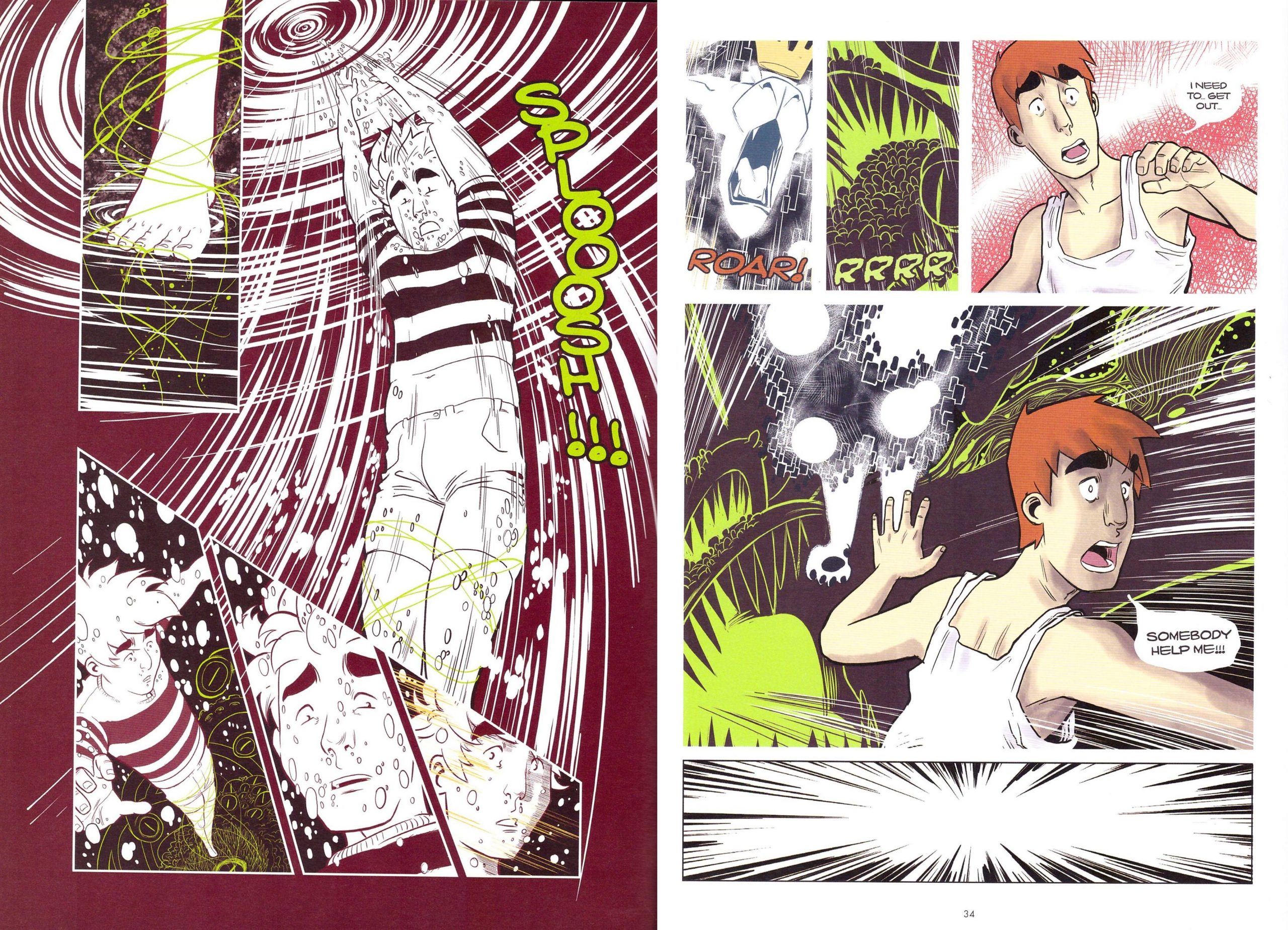 Solomon is a hit of modern day magical realism amid an ordinary life transformed not once, but twice. The first time is when a dock worker picks a green crystal from the mouth of a recently caught fish, and he drops into the water. We learn that he’s been rescued from water before, that there’s a tragedy in his life, and that he’s kind to the scabby one-eyed cat that hangs around the dock, regularly feeding it.

It doesn’t take long to read Solomon, but you’ll be taking far longer going back to study Carlos Pedro’s imaginative art once you’re finished. Pedro applies several different styles, possibly because the original version was supplied as an artistic sample, with the complexity of the fantasy contrasted by the simplicity of the real world scenes. These are a little awkward at the start, but develop well, as do the layouts, which become increasingly ambitious, culminating in a stunning spread featuring the cat ending the book, really defining its location. Pedro’s use of colour is stunning, experimental, yet clear, with the bright green mixing with Earth tones so memorably. It’s applied to complex illustrations, and is all the more remarkable for Solomon having originally been a self-published project in black and white.

The dock worker is never named, but Pedro takes him on one hell of an imaginative journey that’s inspiration, healing process and closure. At times it’s joyful, at times melancholy and at times dangerous, with Pedro conveying every mood. Is the dock worker Solomon, is the cat Solomon, or is the multi-tentacled monster Solomon? We’re not given that confirmation, and ultimately, what does it matter? Whichever Solomon is, there’s wonder and magic in their story, and a welcome message of hope.