Shades of Magic: The Steel Prince – The Rebel Army 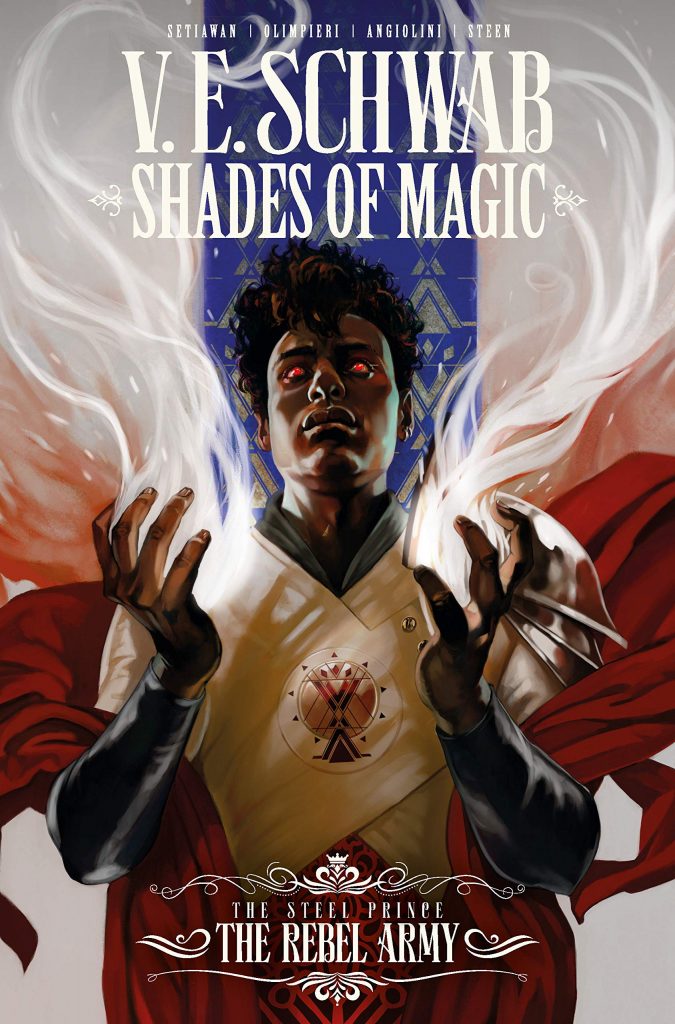 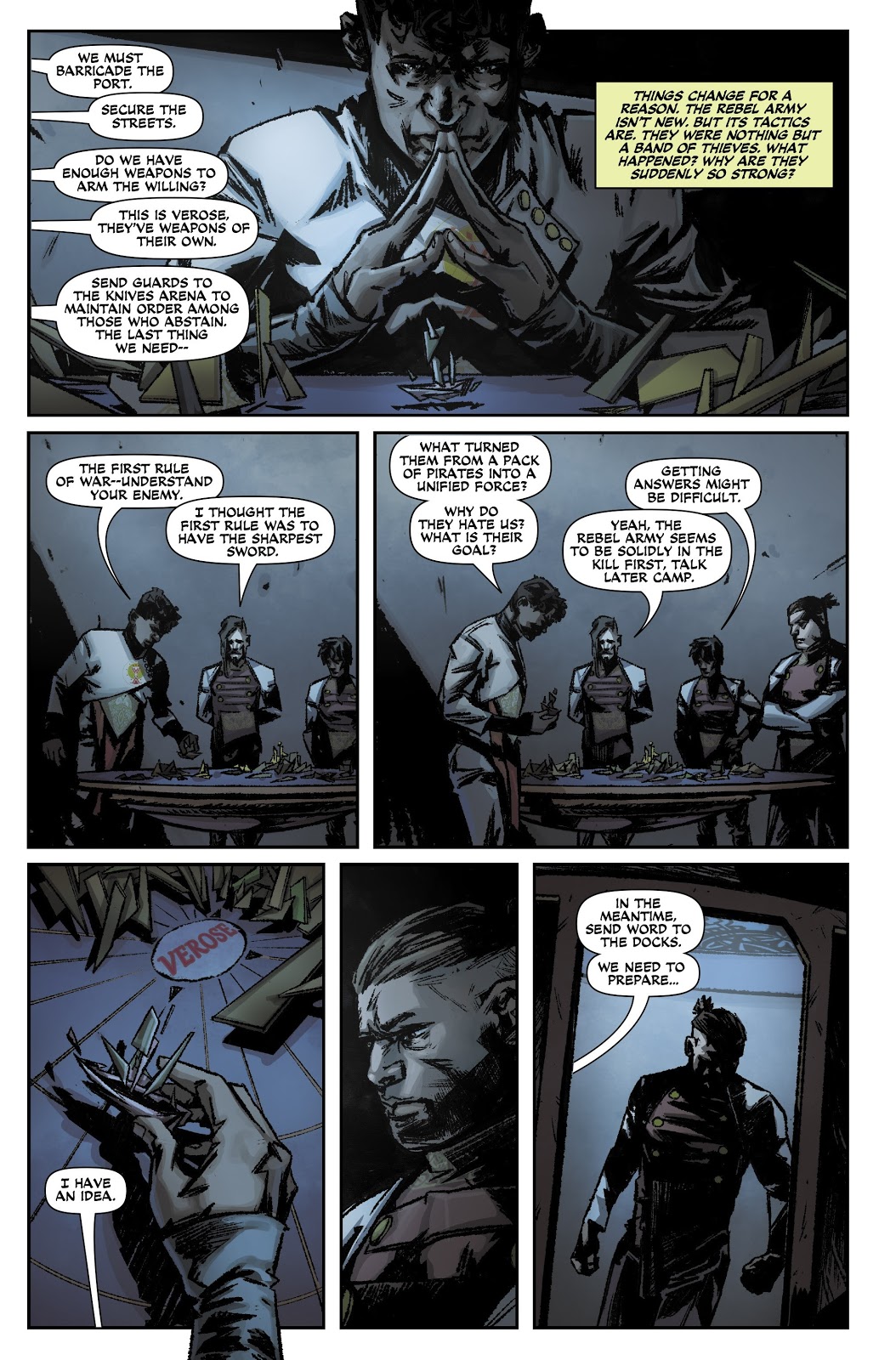 The Steel Prince is V. E. Schwab filling out the backstory of a character she liked, but whose full exploits were never going to be told in her Shades of Magic fantasy novels. The Rebel Army completes a graphic novel trilogy, and as it begins Maxim Maresh, the Steel Prince, is on top of his game, the only person to have ever completed a magic trial designed to ensure people lose. We saw that in Night of the Knives. The threat here, though, is different: a vast fleet of rebels having no allegiance to any of the existing powers, and its leader with a special hatred for the Steel Prince.

Schwab’s books are enormously popular, telling stories on a grand scale, but these graphic novel spin-offs deal largely in stock fantasy scenarios. They’d be more palatable if there was a little more attention to characterisation, but if the Steel Prince himself lacks any great depth, than there’s little to hope for from those around him. What Schawb is aiming for is a fantasy equivalent to High Noon, inflating the Sheriff’s role to the one community standing against impossible odds, while surrounding cities capitulate without a fight. The sample art shows how much Schwab loves setting the arrangements in place, but there’s little suspense about them. As before, there are three chapters of building up the main event, and that doesn’t have the required impact.

It isn’t helped by the artwork, with Andrea Olimpieri now back on full pencil and ink duties. His is an anonymous, sketchy style in which features are always blurry, and backgrounds are minimal. One presumes Titan don’t pay the highest rates in the business, but there are some pages that look to have been dashed off in an hour, and what’s supposed to be a massive fleet heading from coast port to coast port is always shown as under a dozen ships. For a series called Shades of Magic, the magic itself is sparingly used, which is unfortunate as it’s the one element with which Olimpieri actually shines, although he doesn’t seem to have as much time to spend on decorative magical effects as he did on the opening volume.

Perhaps readers already entranced by Schwab’s worlds will find more to love about The Steel Prince, but to the unconverted it’s ordinary. Strangely enough, Schwab’s next graphic novel is Extraordinary. 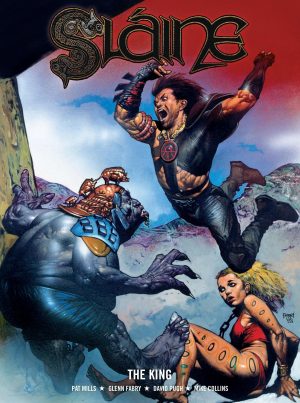