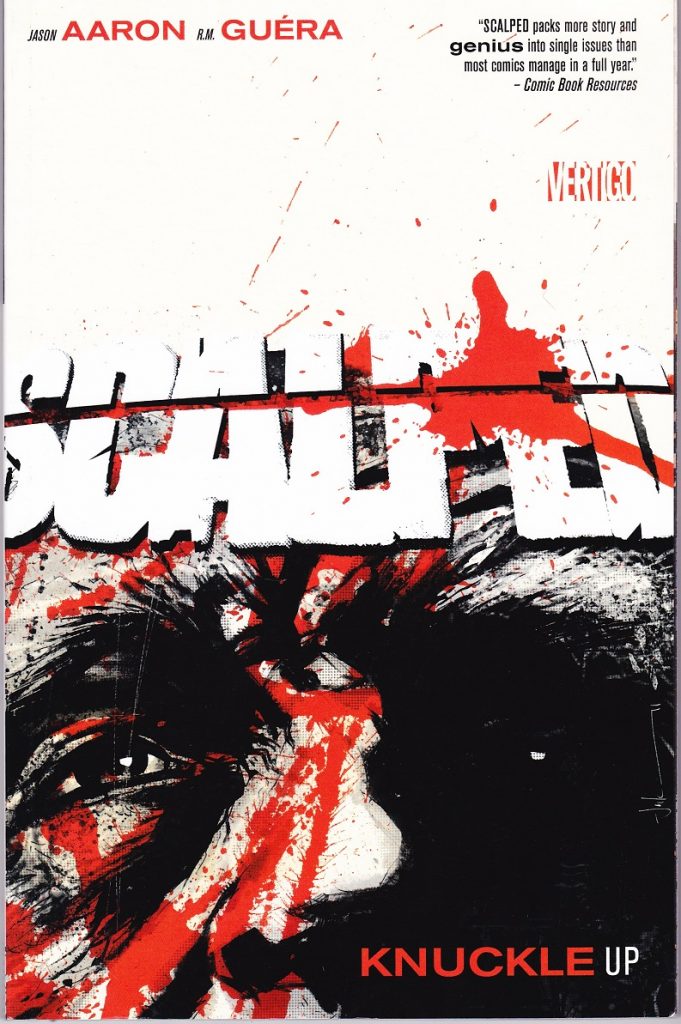 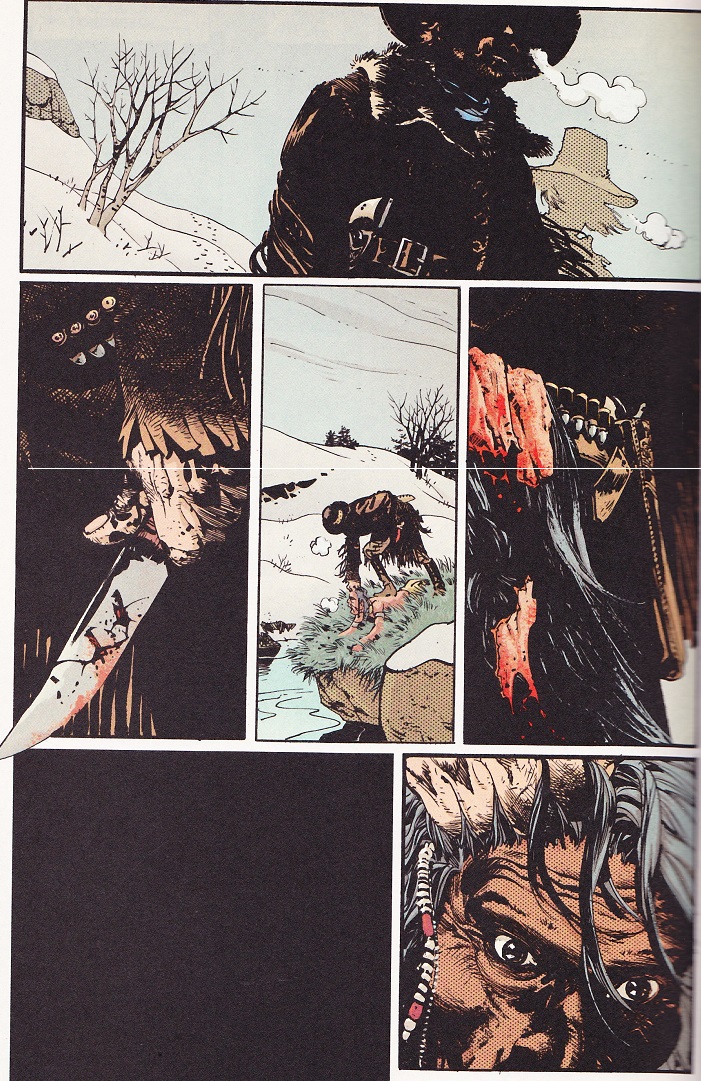 Scalped’s creators Jason Aaron and R.M. Guéra could have wrapped up their tale in five volumes instead of ten. If so, it would merely have been a good series and not the great one, and nine volumes and six years later, the end is only beginning in Knuckle Up.

At its core Scalped is gritty crime noir, but it’s also a smart commentary on the USA’s handling of Native Americans both historically and latterly. The “latterly” is clear from beginning to end but when the creators have looked at the historical interaction of the First Nations and white settlers, it’s always something to behold. ‘The Art of Scalping’ inspects the violent clashes between the two races while also telling the story of how the first Bad Horse (ancestor of main player Dashiell Bad Horse) came to Prairie Rose Reservation. Guéra has a knack for grimy historical settings and once again his fantastic art quivers with rage, expertly capturing the spirit of it all. Aaron’s story is violent and honest, brimming with admiration for a people that have survived against all efforts to keep them down. The brooding and surprisingly hopeful mood is accentuated by the many guest artists although who did what is not always clear to decipher for lack of a clear signature. Standing out is Jill Thompson’s essence capturing portrait of medicine woman Granny Poor Bear, and Brendan McCarthy’s fantastic psychedelic rendering of the enigmatic Catcher.

Title story ‘Knuckle Up’ revs up the gears as Red Crow burns down the crime empire he built, stoking henchman Shunka’s resentment. Dash and Falls Down are in hospital courtesy of Gina Bad Horse’s murderer, but now they know who it is. In White Haven Sherrif Karnow cleans house while back on Prairie Rose young Dino starts down a dark path from which there is no return. Showdowns are looming, bodies will pile high and debts will be repaid in blood as the house of cards topples. Through it all Guéra (sample art) is on smashing form, and at this point his artwork should really be speaking for itself. Between him and Aaron the tension is palpable, the rage between antagonists reaching fever-pitch. The violence is scruff-grabbing stuff that hooks and repels you simultaneously, working on a primal scale. Anger has always been a facet of cast interactions, but the dynamic changes here as the focus turns to a surprising friendship between Falls Down and Dash. Aaron has crafted a believable chemistry with dialogue often shot through with wryly funny comments. These human interplays are the bedrock of Scalped, the noir driven by human failings and insecurities to a brutal climax.

Knuckle Up is a riveting ride to the final show-down that doesn’t let up even into its conclusion in Trail’s End. Both books are collected in the Scalped Deluxe Edition Book 5. 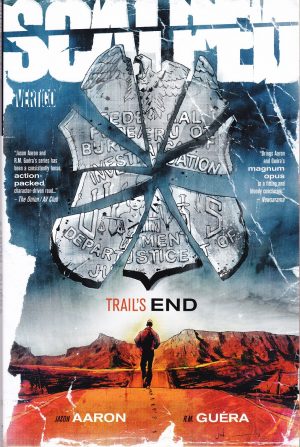