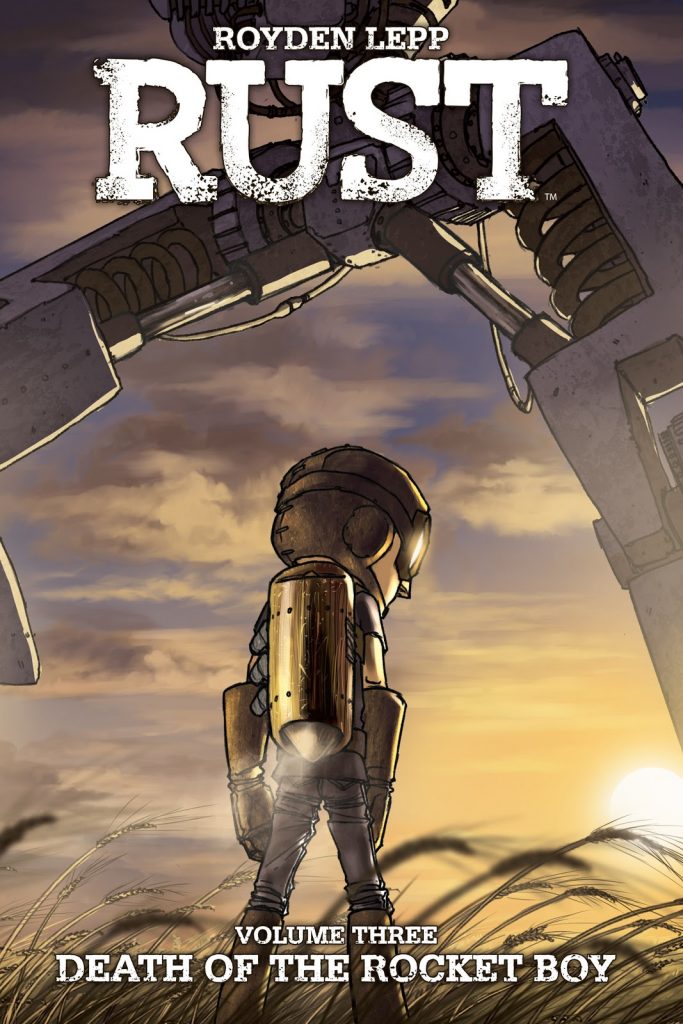 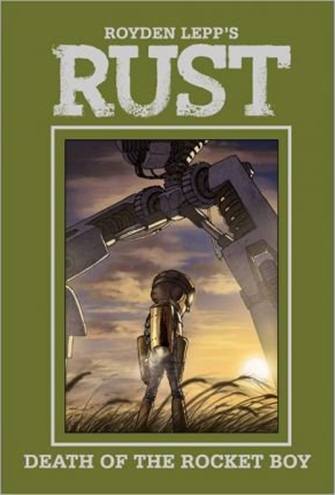 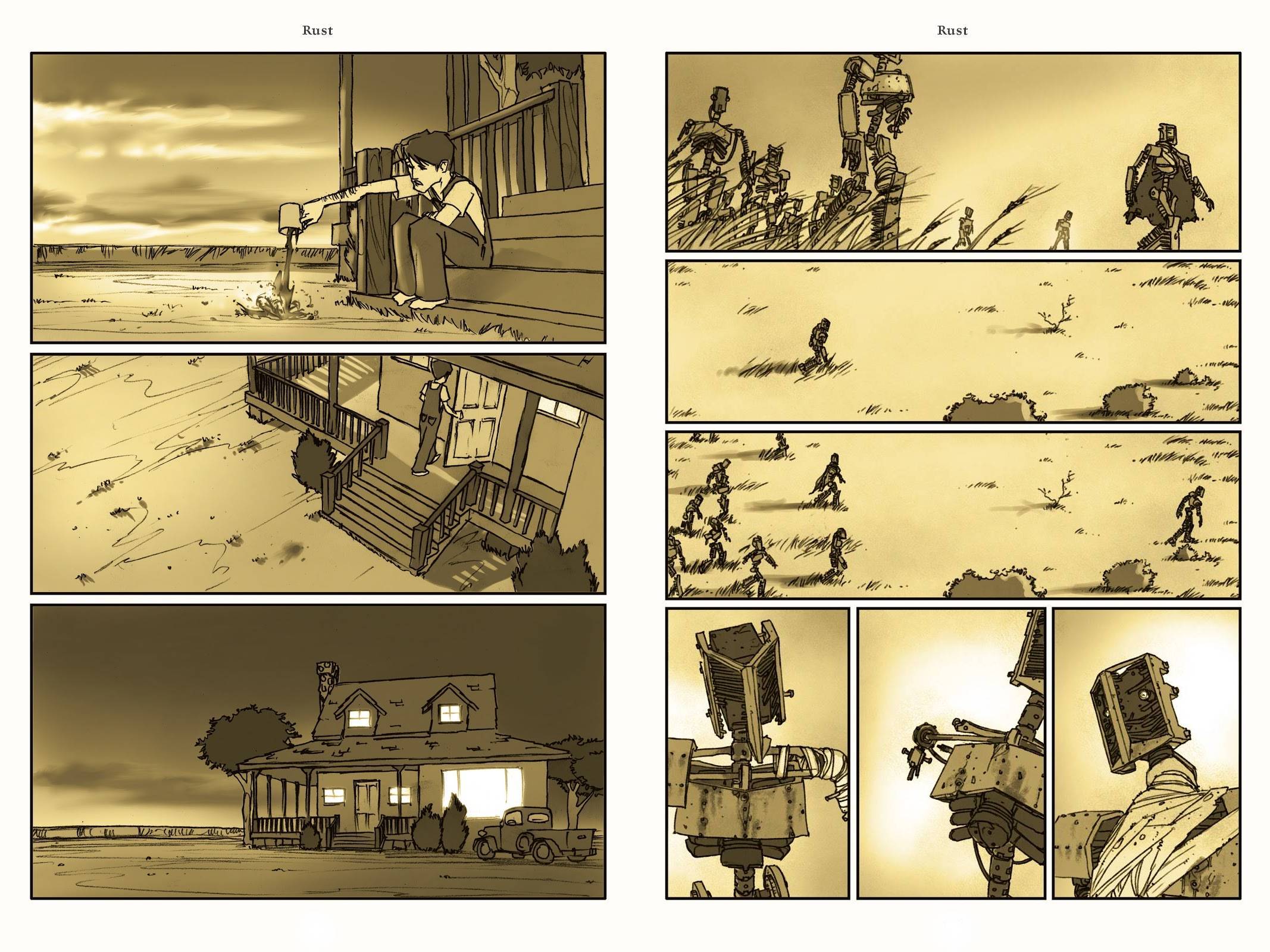 Over two previous volumes Royden Lepp established a small farm suddenly beset by the mechanical remnants of a war that ended 48 years previously. Jet, the boy who flies with a rocket pack, is well intentioned and desperately attempting to escape his purpose, but devices with less complex programming prove relentless. As Secrets of the Cell ended Jet was being chased by one device intent on killing him, his ability to fight back limited by his own power rapidly running out. There is something of the old Iron Man stories about this, Tony Stark perpetually collapsing when his heart gave out again, but Lepp dispels memories of cliché with a thrilling and ultimately terrifying wordless chase sequence continuing the story.

What follows is equally tense, and it seems as if Lepp is switching the emphasis from quiet farm life disrupted to more usual action thriller territory, but because he’s constructed such a strong background it’s both a logical and enjoyable path, although not entirely the one followed. “I want to contain the greatest threat that man has ever known” says a general, setting the remainder of the story in motion, and more ominously “I don’t care about discretion anymore. I don’t care about collateral damage anymore”. Lepp cleverly conveys that almost every main member of the cast believes they know the whole truth, but somewhere along the way there’s a missing emotional connection. Also interesting is to contrast how Jet’s arrival has affected himself and the Taylor family. His effect has been positive overall, but is anyone now happier than before he turned up? Heartbreak is high on the agenda, and Lepp’s considered illustrations add an emotional weight.

As Lepp intends, the title naturally hangs heavy over the entire content, along with the danger faced by someone else, completely unaware of their likely death. Because Lepp relishes a slow pace, and sticks to his guns, there comes a point where it’s legitimate to wonder if this volume will be all tease with no pay-off. Just fifty pages before the end Lepp presents a scene of a reprogrammed war machine attempting to catch a chicken over several pages, yet that’s with an almost unbearable foreboding about other matters. It isn’t all tease and no pay-off, and how things play out is sad, but satisfying in many ways.

Rust has the mood of a Studio Ghibli film where almost everyone is likeable, and in their own way well intentioned, but crossed wires will cause trouble. We’ve experienced the ‘fall’ section of the fall and rise arc, and Rust concludes with Soul in the Machine.