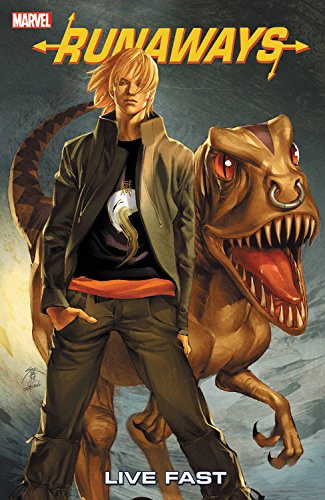 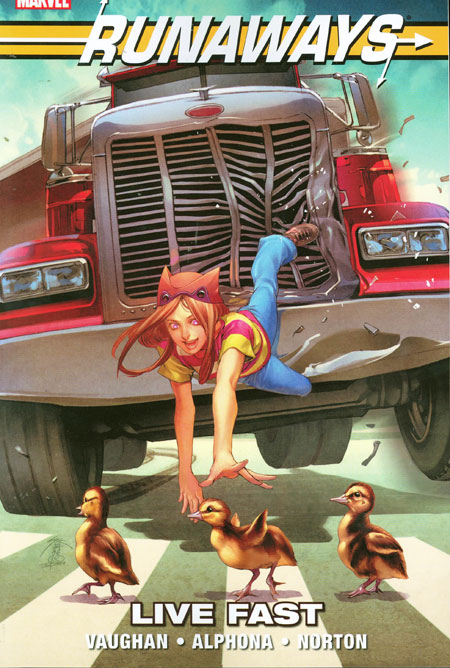 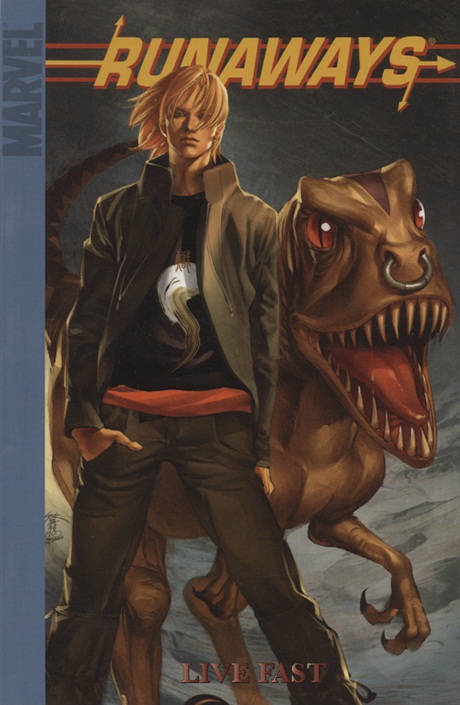 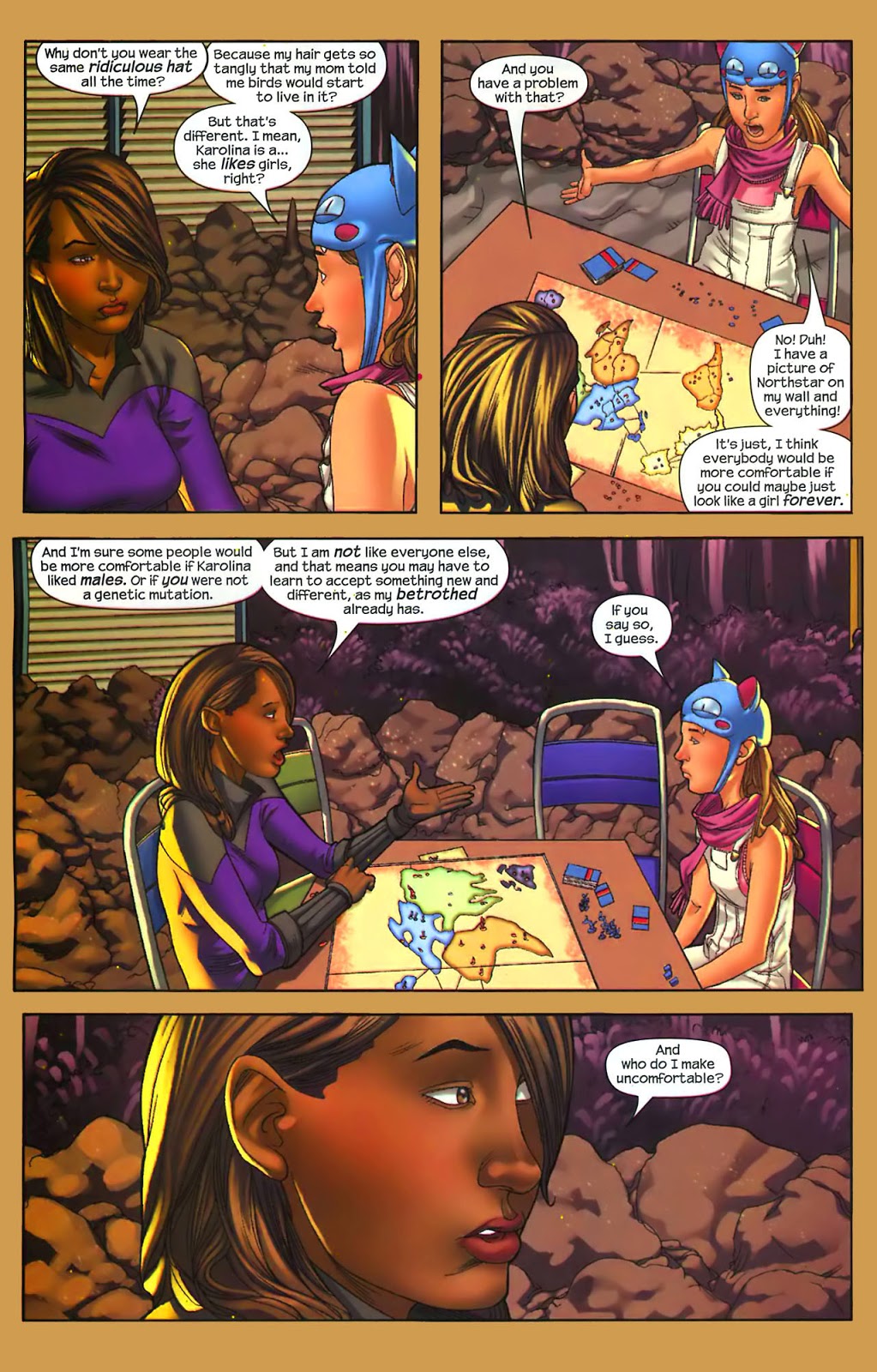 Leading on from the epic events of Parental Guidance, the chapter begins with Chase and Old Lace departing the team for a few episodes to work on a personal mission, leaving the rest of the Runaways to fight an old man turned giant monster by one of the Pride’s leftover magical garments.

Despite the exciting action scenes, a particular stand out moment is when Xavin, the newest member of the Runaways and Karolina’s skrull fiancée, and Molly talk about gender. Xavin is a shapeshifter who flits between sexes, and Molly asks why he not stay a female as that is Karolina’s preference. Xavin explains that it would be more ‘comfortable’ if everyone fitted into the conventional or normalised categories but rather we should accept something new and different. It is a particularly well-written scene and addresses a very contemporary theme using the perspective of a young person. Though brief, it positively represents the openness of gender and of being unique in general, helping ground the superhero comic and comment on our own reality.

Xavin is the perfect embodiment of identity crisis. Like Karolina he is an alien on a foreign planet, but fits in with the rest of the Runaways, who are all just kids trying to work themselves out and be somebody. Moments expressing this are what truly define the series. Chase’s story is also an important one throughout. Stricken by grief, he tries to work out how to bring back the dead by allying with his enemies, but the price is great. The instability of Chase brings the Runaways together in a hunt to stop him hurting both himself and the others.

Artistically this volume is split between newcomer Mike Norton and regular series artist Adrian Alphona. Norton gets to handle the giant monster wrecking LA, whilst Alphona unravels Chase’s journey into Limbo, and to the Runaways most dangerous, recurring villains. As noted in previous volumes, the art keeps getting better and better, Karolina’s powers over light are always particularly beautiful, and the blood magic of Nico comes in so many exciting shapes and sizes that are a wonder to see come to life on the page.

Once again, the volume ends on an exciting cliffhanger, as in true Runaways style a past character returns to wreak havoc on the team. However, Live Fast also sees the end of Vaughan and Alphona as in Dead End Kids another creative collaboration takes on the world they started. This is a fitting end to their run. Over seven volumes Vaughan and Alphona have crafted an exciting and fresh set of characters in a world somewhere between the realms of our superhero fantasies and our own. Runaways is a vibrant world of teen drama, superpowers, tears, tantrums and battles, both with each other and the various supervillains yet like the best of the superhero stories is it one of humanity and heart.

This work is also gathered in the third volume of Runaways: The Complete Collection.