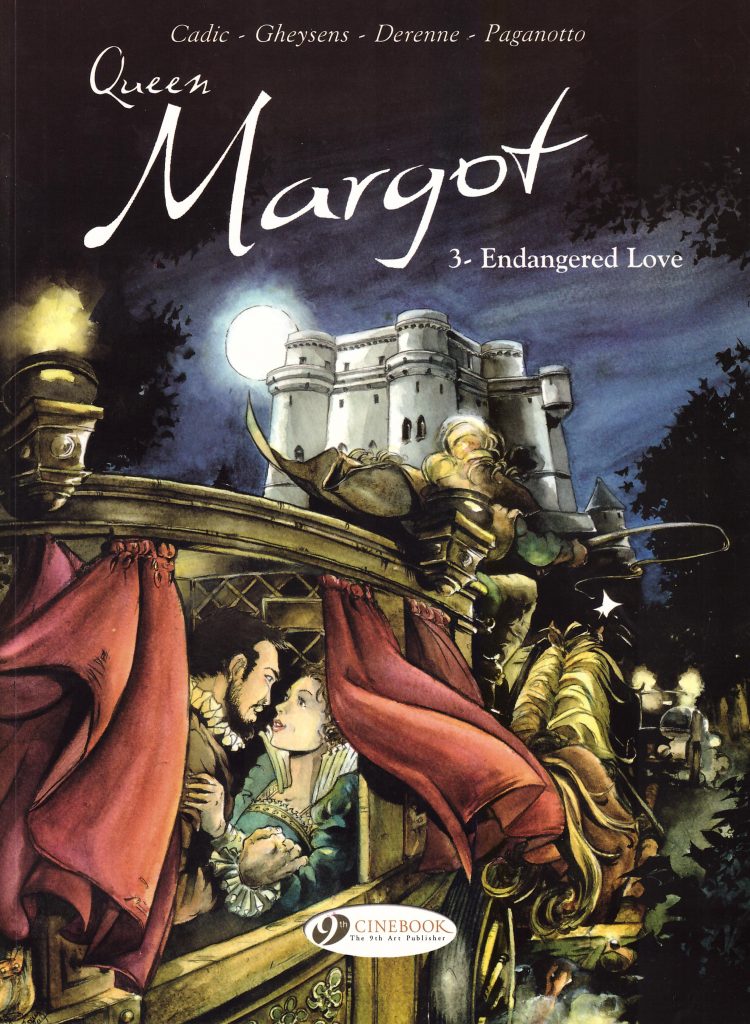 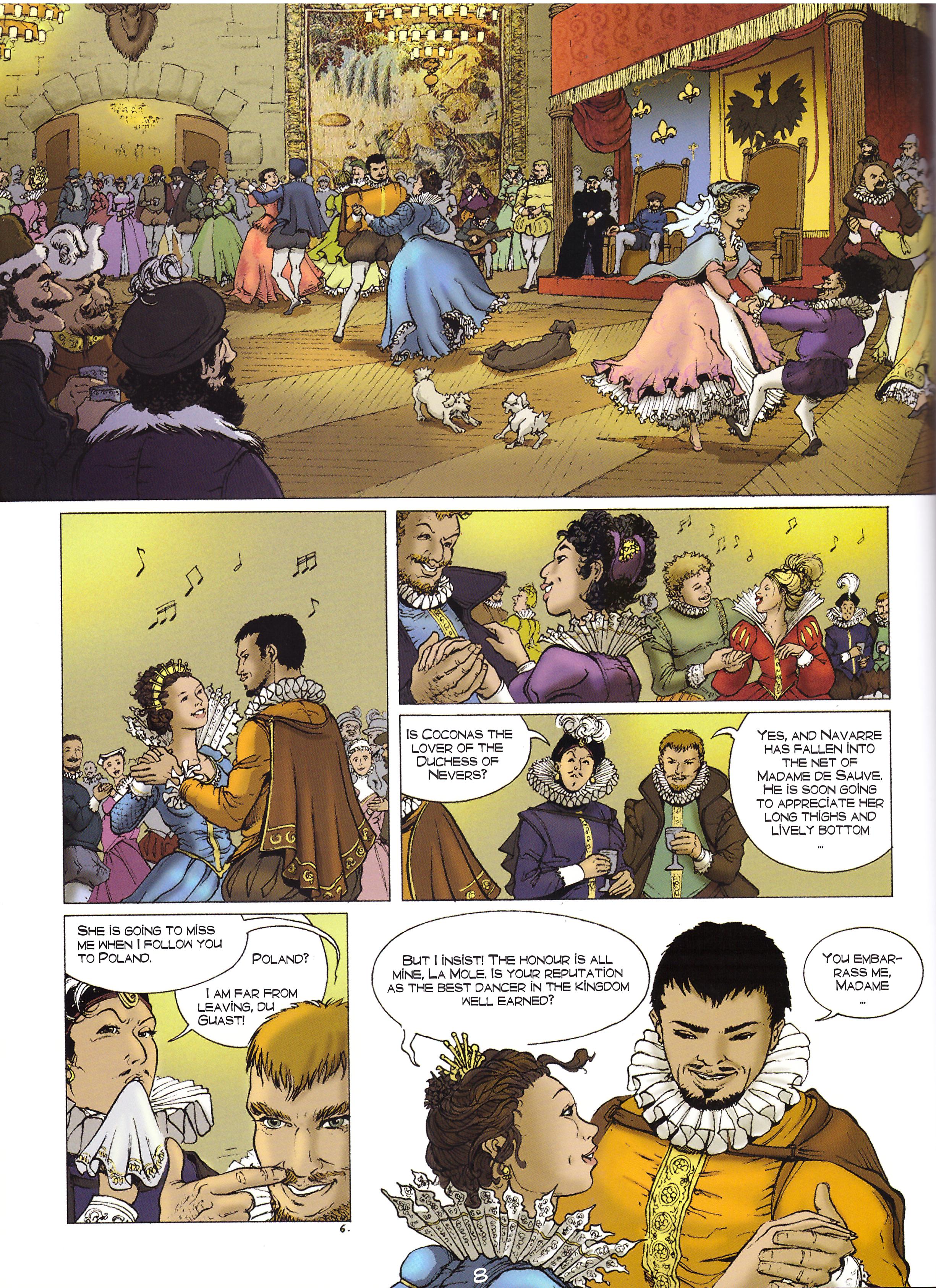 With Endangered Love Oliver Cadic and François Gheysens move their story through 1573 into 1574. The St Bartholomew’s Day Massacre, seen in The Bloody Wedding, has shifted the political landscape in France, and the ailing Charles IX and his manipulative mother are increasingly unpopular, as their divisive and dismissive treatment of others has led to much discontent within the royal family.

Over the course of three volumes, Margot has grown from 16 to 21, and into a woman well aware of the deficiencies in the remainder of her family. That’s not enough to achieve power herself, but she’s increasingly confident in using her position to influence others. However, she’s not yet the mistress of manipulation that her mother is.

The writers treat the three volumes of Queen Margot as a single novel, without concessions for anyone picking up Endangered Love and being unfamiliar with the machinations of assorted parties and why Huguenots are despised. As an individual graphic novel this leaves Endangered Love somewhat confusing, containing scenes of no relevance to the remainder of the story, such as Henri (Anjou) departing for Poland. Taken as a continuation, though, it fills in how France continued to be a society in violent transition, and how some stooped to incredible depths to protect their own interests. The ageing Catherine de Médici proves to be on a par with Messalina from I, Claudius on that score, always a step ahead of those who’d threaten her interests.

Again, the art of Juliette Derenne is a mixed blessing, creating sumptuous background detail, but not always distinguishing the cast adequately. It’s also been a mistake to caricature Catherine so excessively, making her the equivalent of the threats faced by Disney princesses rather than an effectively evil historical personage. The writing team also sometimes sabotage their own success. Too often over the course of the three albums they’ve built up a possible threat only to dismiss it as defeated or redundant via a line of dialogue a few pages later, which is narratively unsatisfying. It’s also the case that we never really come to know some of the cast who feature throughout beyond a single characteristic, and even Margot is to an extent one note. Derenne draws her elegantly, but without much attention to personality.

Ultimately Queen Margot is a frustrating series as it’s packed with action, intrigue and deception, while relating actual historical events, yet never achieves the gravitas it ought to have.