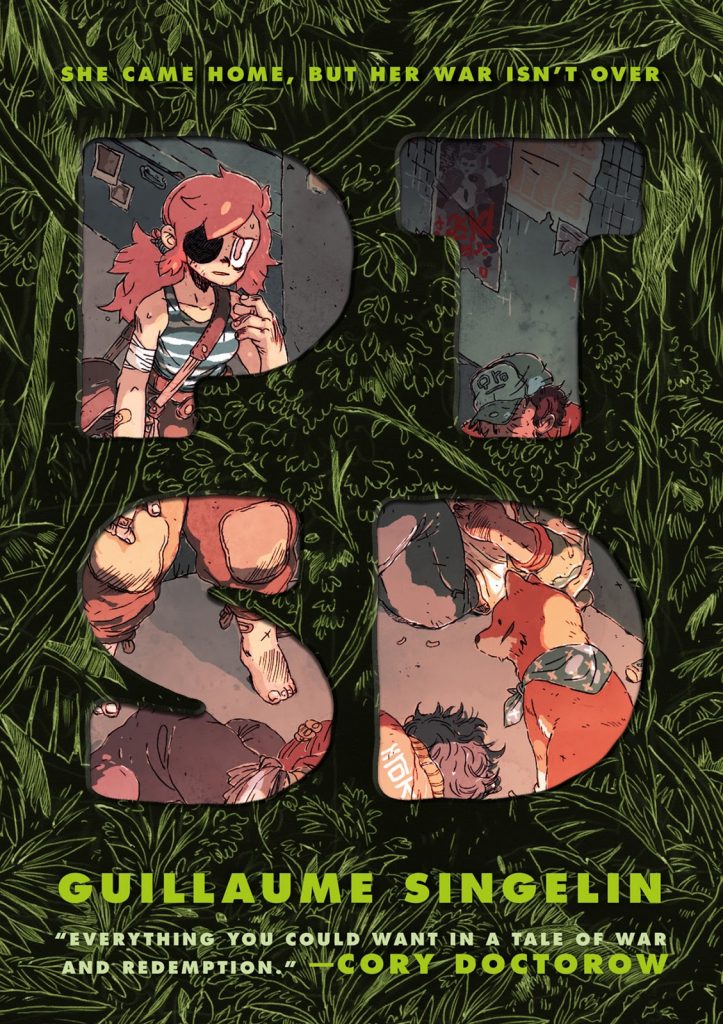 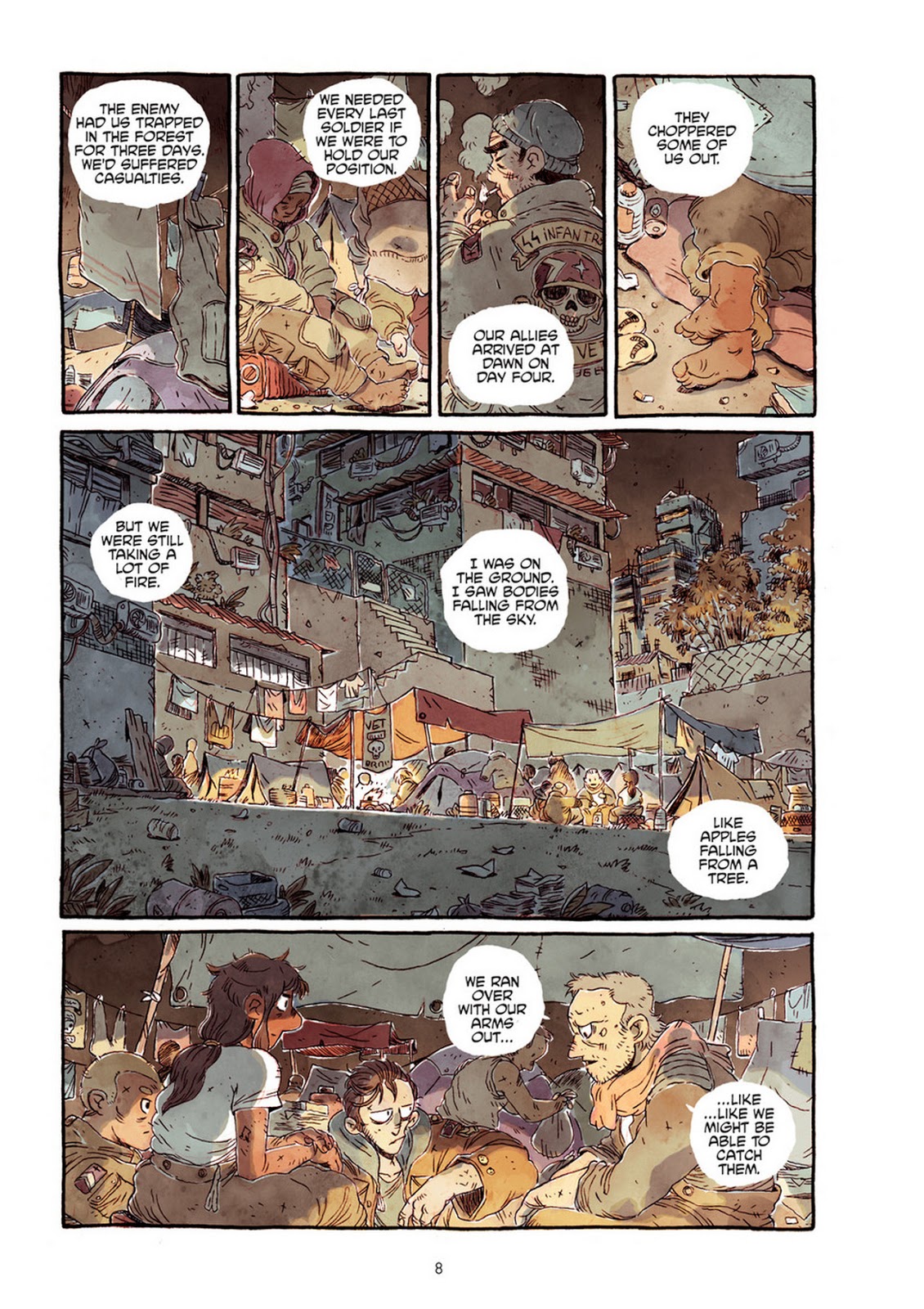 Post-Traumatic Stress Disorder is a condition that’s been largely neglected until the 21st century, yet has been experienced by millions across the world who’ve been in a situation beyond their control for a prolonged period. It can manifest in the abused, and people who’ve been part of a one-off tragic event, but is all too common among combat veterans returned home without counselling and frequently drift into alcoholism or drug abuse, with all that leads to.

Jun was a soldier in an unpopular war, and bears both the physical and mental scars of her service. She’s homeless, shoeless and dependent on pills, existing from day to day in a city that doesn’t care about her, and haunted by violent dreams of her past. Guillaume Singelin is presenting a fictional character, but her problems are those experienced the world over by real people. We follow Jun through her daily struggle and listen to the people she interacts with, who have similar stories to hers, some exemplifying the lack of hope because they’ve been living a hand to mouth existence on the streets for over a decade.

Singelin’s art features a remarkable sketchy detail that at first is so busy it’s overwhelming. That he later tones down the visual disorientation, although not the detail, indicates the opening sequence is intended as an immersion in Jun’s world. It’s almost always crowded, apparently based on Tokyo, but an impressionistic version rather than one featuring recognisable landmarks, with the art overall influenced by manga.

Having spent the first half of PTSD presenting a true to life version of what life’s like for a homeless vet, Singelin has Jun use her learned skills over the second, which is a more traditional action thriller. A poor community is caught in the middle of an escalating war concerning a drug gang able to hide among them, but with little concern for them. We also see a contrast to Jun, how life might have been in other circumstances, via the saintly Leona, determined to make life better for the disenfranchised. At this point it appears Singelin has taken the easy route, but he surprises again giving Jun a purpose and a possible road to redemption. All the way through we’re supplied with flashbacks to Jun’s wartime experiences, eventually arriving at the place where she loses an eye, but these are PTSD’s weakest moments, just marking time and offering no real insight other than reinforcing Jun’s capabilities. Every single page of them could be removed without harming the core of PTSD.

There’s a point to be made, some great art, and an absorbingly complex lead character making PTSD a worthwhile read.