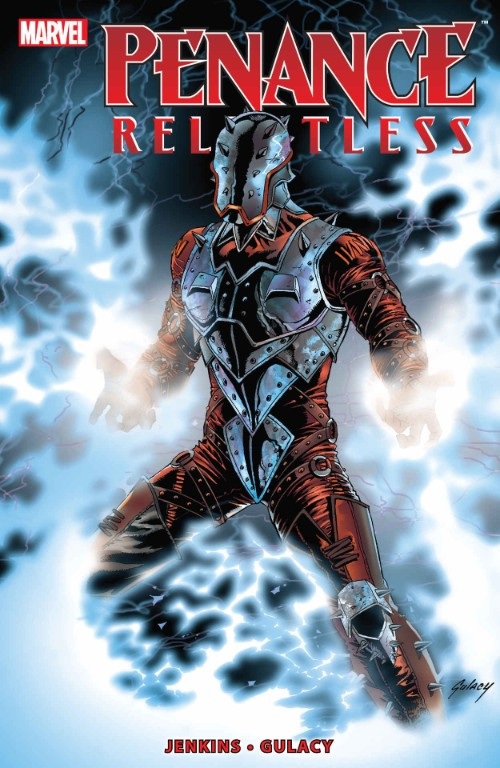 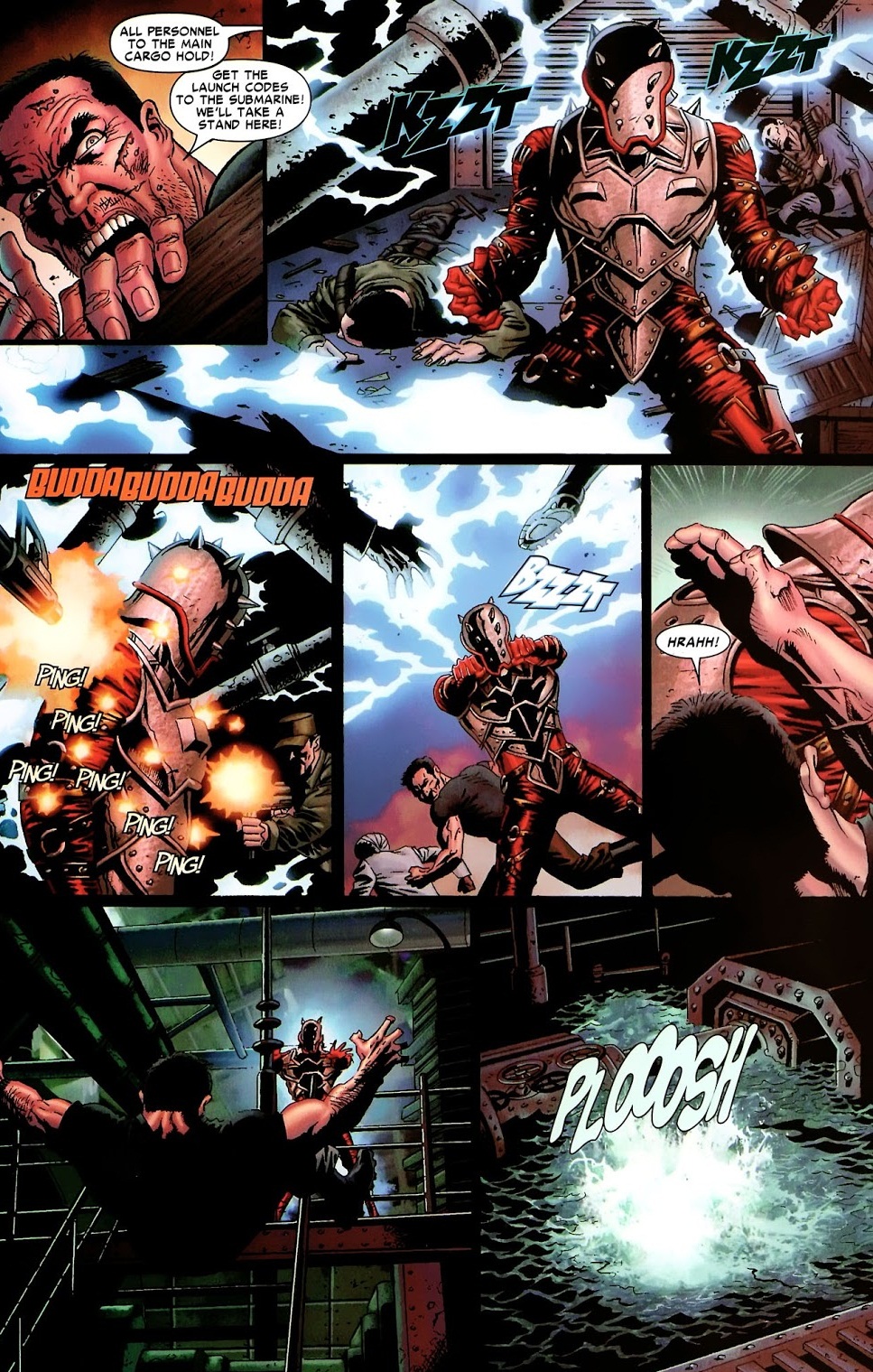 In 2006 the formerly happy-go-lucky Robbie Baldwin, was among the New Warriors as they sparked the events of Civil War. Their targeting of Nitro, able to explode himself, resulted in 612 deaths including all the New Warriors other than Baldwin. It affected him deeply, to the point of being unable to access his former powers and developing new ones as the masochistic Penance. Baldwin might not have been anyone’s favourite superhero as Speedball, and one can see why Marvel wanted rid of the subsequently drug related name. However, the new character was so preposterous it was often difficult to not to laugh when successive writers attempted to explain how the angst-ridden hero accessed his powers via internal pain, and artists portrayed him in his strapped fetish gear in Thunderbolts.

It all means Paul Jenkins and Paul Gulacy have their work cut out to make anything credible of Penance. While not the first to do so, against the odds, Jenkins and Gulacy manage it. They supply a Penance seemingly teetering on the edge of sanity, obsessively compiling sequences of numbers and particularly gung-ho when dealing with Latverian terrorists. They skate over the ridiculous aspects of Penance’s character to instead provide a person driven by thoughts of revenge and putting together the means to achieve it. Jenkins perpetuates the tension by Penance being seemingly unable to see that whatever his intentions might be, he’s on the verge of repeating his worst mistake.

Part of the reason the story works so well, is that it has a wider brief than Penance alone. Jenkins has a good handle on his Thunderbolts boss Norman Osborn, supplying the smarmy and arrogant psychopath we all want to see, with Gulacy drawing him as Tommy Lee Jones, which is an ideal piece of fantasy casting. Wolverine’s guest slot is less convincing to begin with, but it’s nice to see Reed and Susan Richards as people rather than superheroes, and everything leads to a hugely enjoyable showdown with one of the real Marvel universe heavyweights.

Gulacy’s contribution is immense. From his earliest days he’s had an innate talent for laying out an interesting cinematic page and that applies as Penance visits a variety of locations, with Gulacy prioritising brickwork. He’s also helped by Rain Berado’s rich colouring, almost over exposing the colour to provide a mood.

It might not seem so for so long, but Jenkins has a good explanation for the numbers Penance keeps repeating, and he manoeuvres the plot to an unpleasantly sadistic conclusion in keeping with Baldwin’s motivations. Given the character, this is far better than anyone has any right to expect, and Jenkins earns extra kudos for the charming opening and closing scenes. 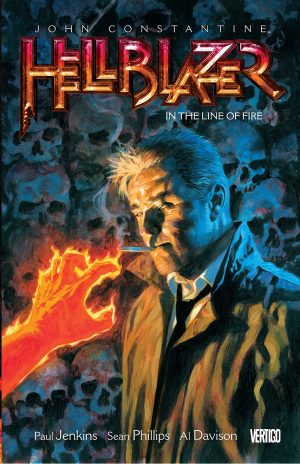