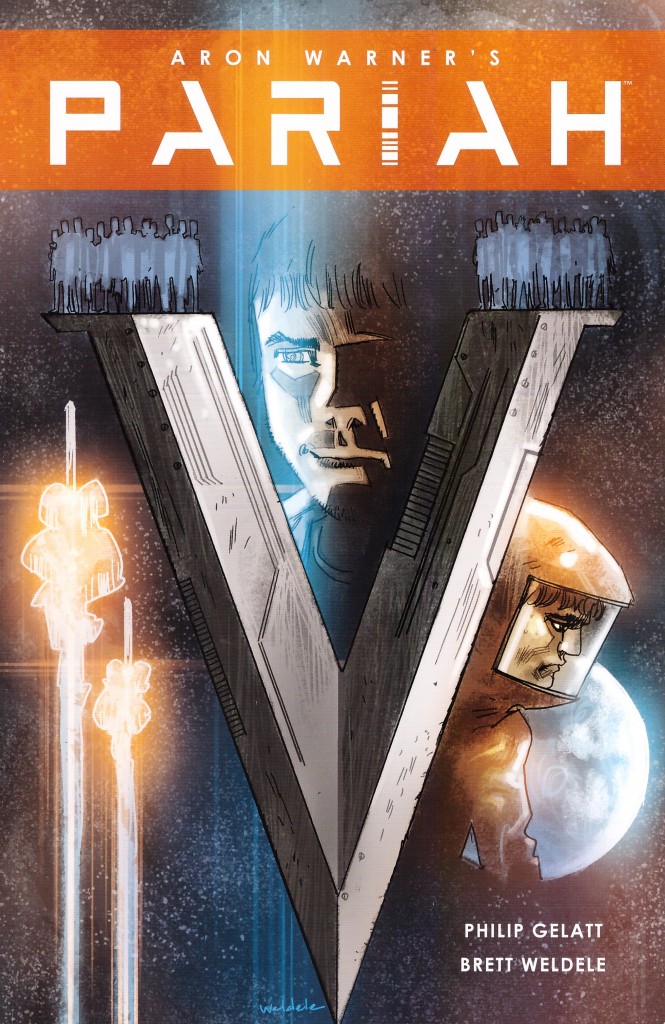 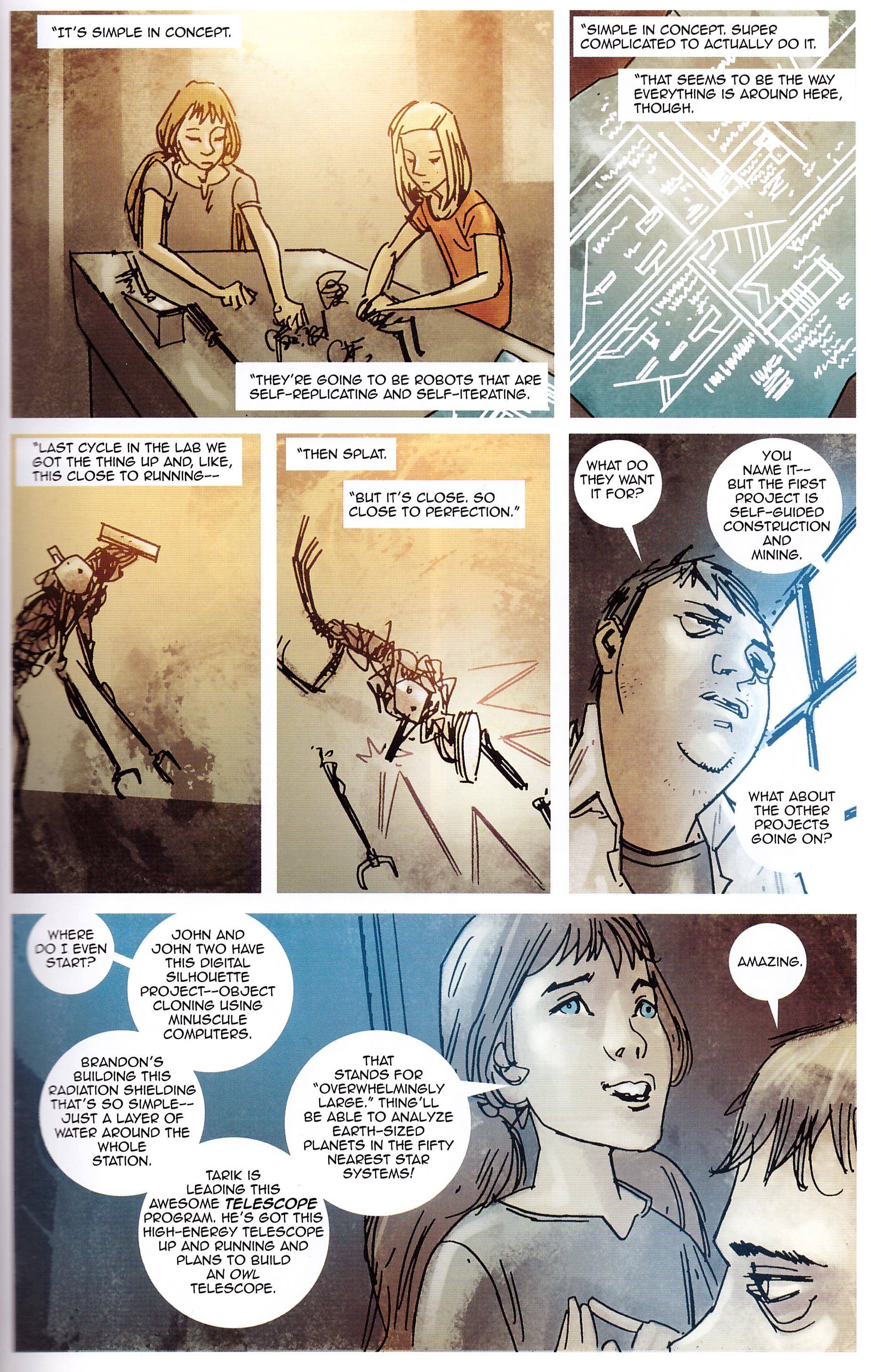 When completed in 2013, Pariah’s world of 2025 wasn’t that distant. Far enough away to permit a few tweaks in technology, but near enough to ensure both the cast and setting have a contemporary emotional pull. The entire story is presented from the viewpoint of Vitros, teenagers whose incredibly advanced intelligence was an unplanned side-effect of medication administered to their mothers during pregnancy. Far from these children being considered an asset, they’ve been shunned, gathered and transported to a derelict space station. After a period of isolation during which survival and protection was the primary driving factor aboard the space station, an Earth company started firing nuclear missiles into orbit. This reckoned without the adaptability of the Vitros, who as the book opens remain stranded in space, but with a nuclear arsenal at their disposal.

A possible problem about writing a story focussing on those with genius level intelligence is providing them with a purpose and displaying that intellect. Aron Warner and Philip Gelatt have crossed that hurdle simply, but here shift their capabilities into high gear. We’re talking engineering, biological research, robotics, and plenty of other disciplines moving the cast way beyond basic survival. That’s combined with an update about what’s happening on Earth, which hasn’t been a factor since the opening volume.

Brett Weldele’s character based art is now so integrated with the concept that any jump in the plot is smoothly incorporated. He specialises in isolation and distance, yet Pariah is fundamentally about humanity coming together, and this dichotomy is a strength.

For their part Warner and Gelatt continue to surprise and thrill until the final chapter. This is considerable drop down into melodrama. While the cast have been well characterised, it still seems very indulgent for pages and pages to be devoted every Vitro having to come to an individual decision. Furthermore, the big emotional explosion lacks some credibility, very unusual considering the careful construction of personalities. The unfortunate truth is that it would have occurred long previously, and here it’s very much a narrative convenience.

That, however, doesn’t detract greatly from Pariah’s high quality overall. It’s definitely a series that would benefit from being issued as a single collection, as despite each graphic novel to date concluding with a scene that could be taken as a series ending, there’s a benefit to reading Pariah in its entirety.

The review for the first volume pondered whether Warner’s movie background indicated Pariah to be nothing more than a set of storyboards to be presented to prospective film financiers. That could be the case, but the narrative structure suggests otherwise. You know what, though? There’s the potential here for a great film, as this is a fine series of graphic novels.