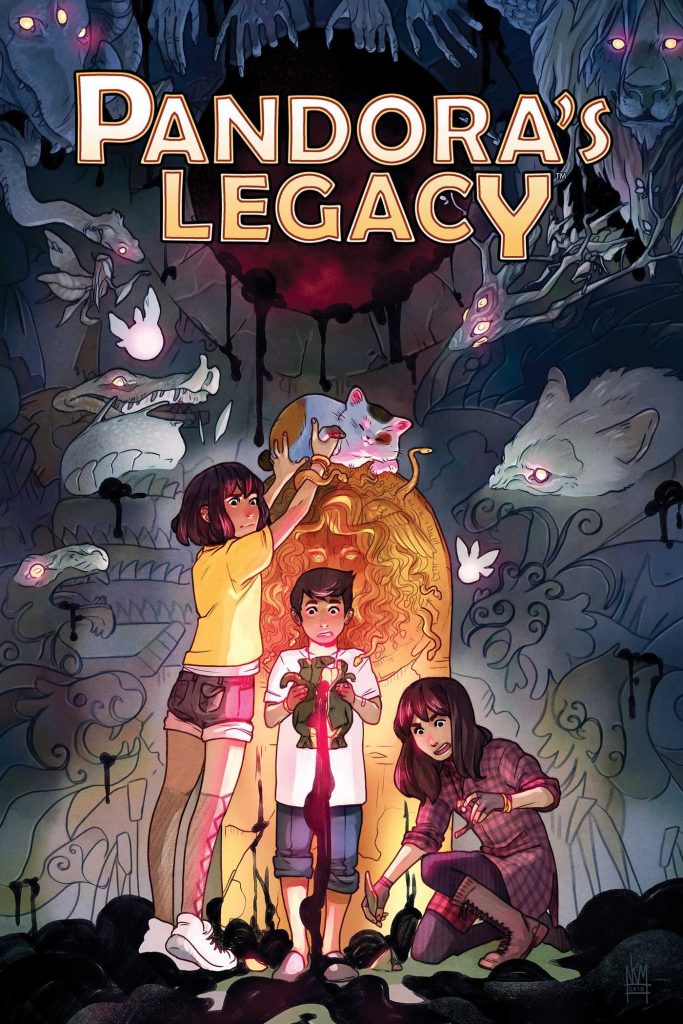 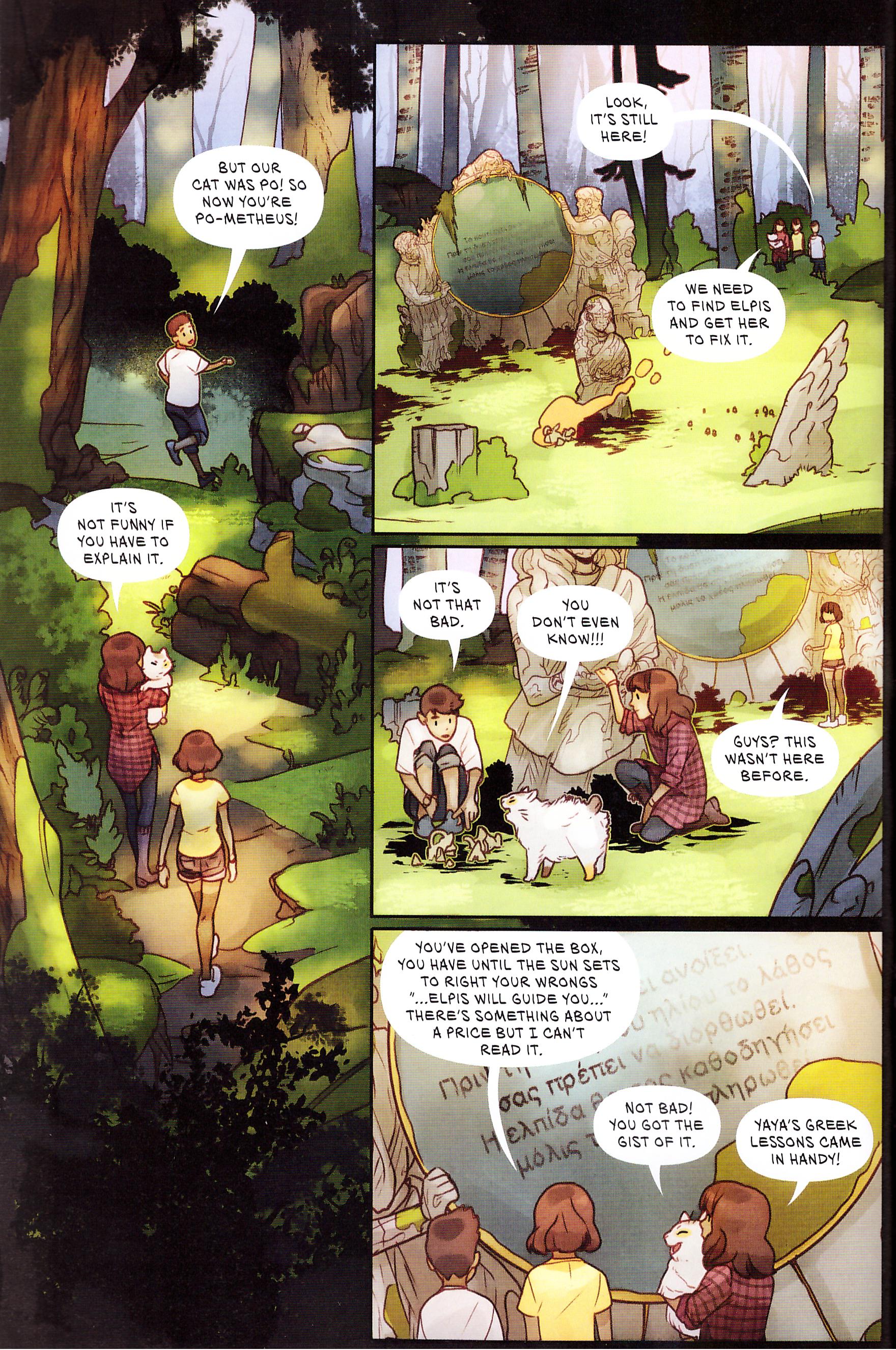 There’s something good struggling to release itself in Pandora’s Legacy, but it never quite comes through. Kara Leopard is working within the classic children’s fiction scenario of a world largely free from adult influence, as Charlie, Janet and Trevor explore the countryside, locate a hidden cave, and within it Trevor breaks an urn. As in the legend of Pandora, evils are unleashed, and the remainder of the story is spent dealing with them.

It’s a workable scenario into which Leopard throws in several nifty devices. The extra function for a mobile phone is imaginative, as is the eventual revelation of the children’s ancestors and the family purpose. Leopard also makes good use of myths, not just restricting her threats to the Greco-Roman pantheons. However, the reincarnation of ancient God Prometheus fails to convince at all. He’s an all too convenient story device, providing explanations and offering advice when necessary, and never for a single page transmitting as a superior presence.

Kelly and Nichole Matthews work well with colour, and avoid the pitfall of so many artists by ensuring Charlie, Janet and Trevor resemble the age they’re supposed to be, rather than scaled down adults. It’s their visual characterisation ensuring the children are sympathetic. The art also blossoms as the story continues, featuring more confident page layouts and viewpoints, but a frequent drawback is that the characters seem to be floating on a background instead of implanted in a location. There’s never any sense of weight.

The smashed urn gives the children a purpose of again trapping the released creatures, but having set this in motion it’s a series of repeated scenarios. There’s enough colour, action and adventure to enthral younger children, but the appeal is likely to be limited to that audience.