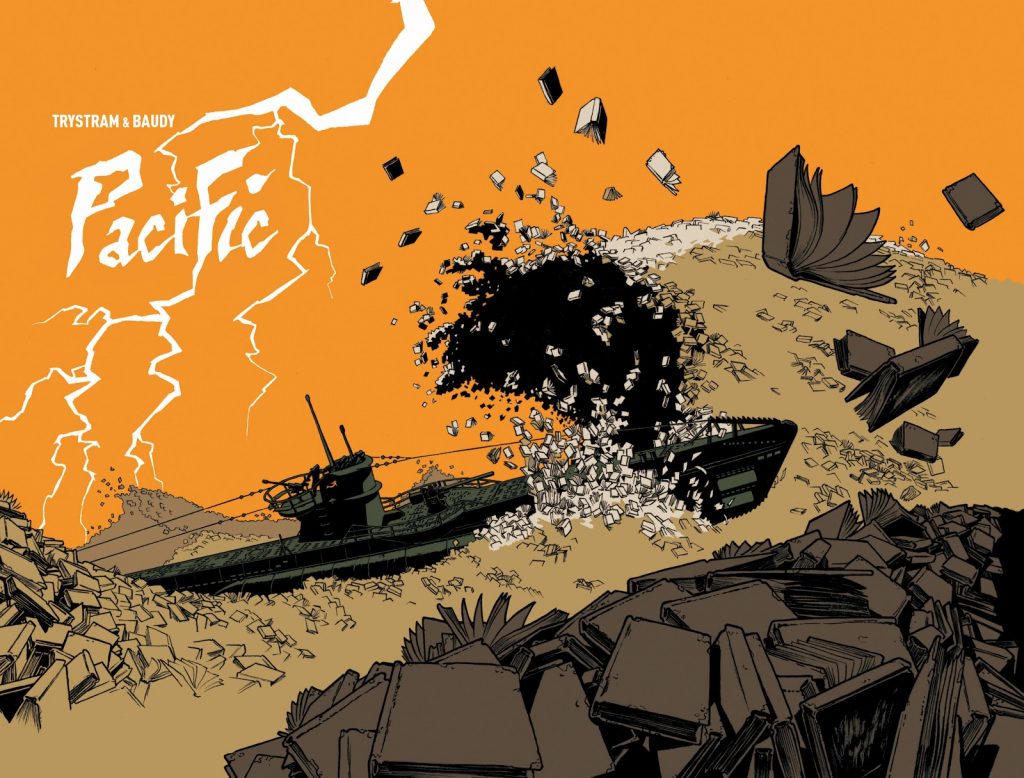 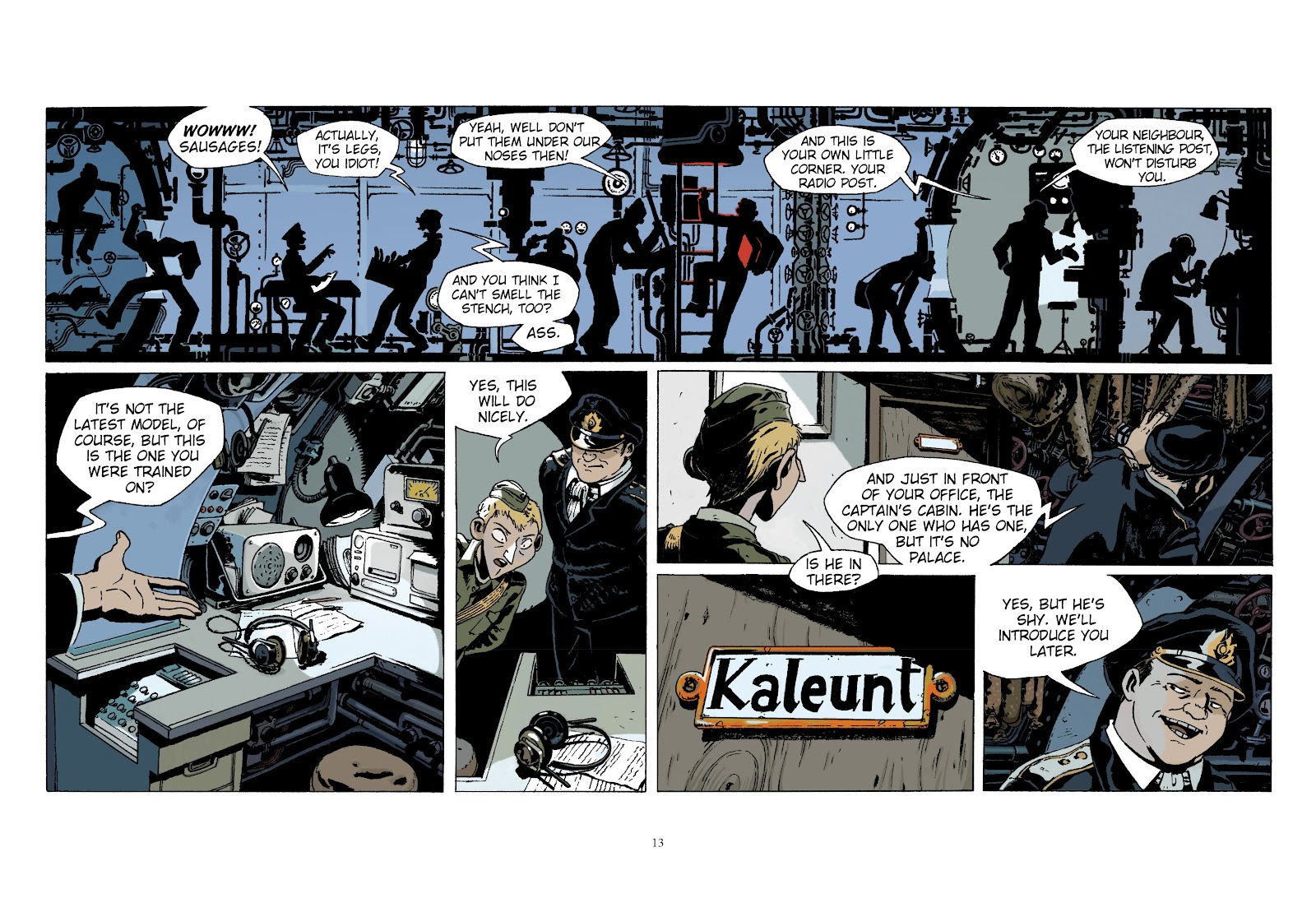 Toward the end of World War II rookie Udo Grothendieck is allocated to a Nazi submarine as a radio controller. It’s a claustrophobic life with few facilities and fewer comforts, and while a submarine is a deadly method of surprise attack, the chances of surviving a hit are almost zero.

Udo’s arrival tour of the submarine is also that of readers, after which the creators introduce their supernatural element. Among the few items he brings aboard is a book. It’s not his, and he doesn’t know how it came to be in his bag. Furthermore it’s been banned since 1933. When discovered it’s thrown overboard, yet other copies keep manifesting, shocking all who read them.

Creators Martin Trystram and Romain Baudy are credited for both story and art, and introduce the situation phenomenally well, constantly emphasising the crowded conditions in crowded panels, and further highlighting the constant noise over Pacific’s first quarter. It’s precise establishment that carries the tone through the remainder. The landscape presentation gives the impression of Pacific originally being serialised as a newspaper style strip, and, as noted in the process material, it also accentuates the long narrow form of the submarine. The two tier format is exceptionally well applied. Each page is individually designed, but the separating centre line remains in all but the few pages supplied as a single illustration. However, this is no limitation, but a cinematic triumph, the panel grids expanding and contracting as necessary with a bold use of colour and lighting adding to the atmosphere.

Having established mystery and scenario, Pacific’s isn’t as strong with characters, providing archetypes to slot into the plot rather than personalities driving it, and we learn little of the crew before they’re transformed by the book. This leads into a mystical final sequence with the crew now having a greater spiritual purpose. It’s a logical outcome, and results in some different, but equally good art, yet is dragged on a couple of pages too long.

The few flaws notwithstanding, Pacific is different, gripping, astonishingly well drawn and well worth your time. 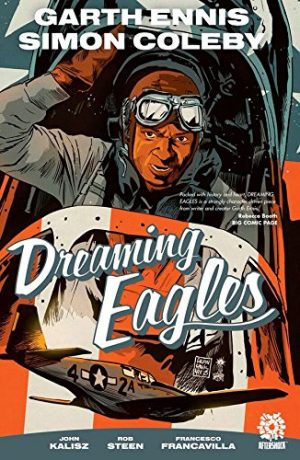