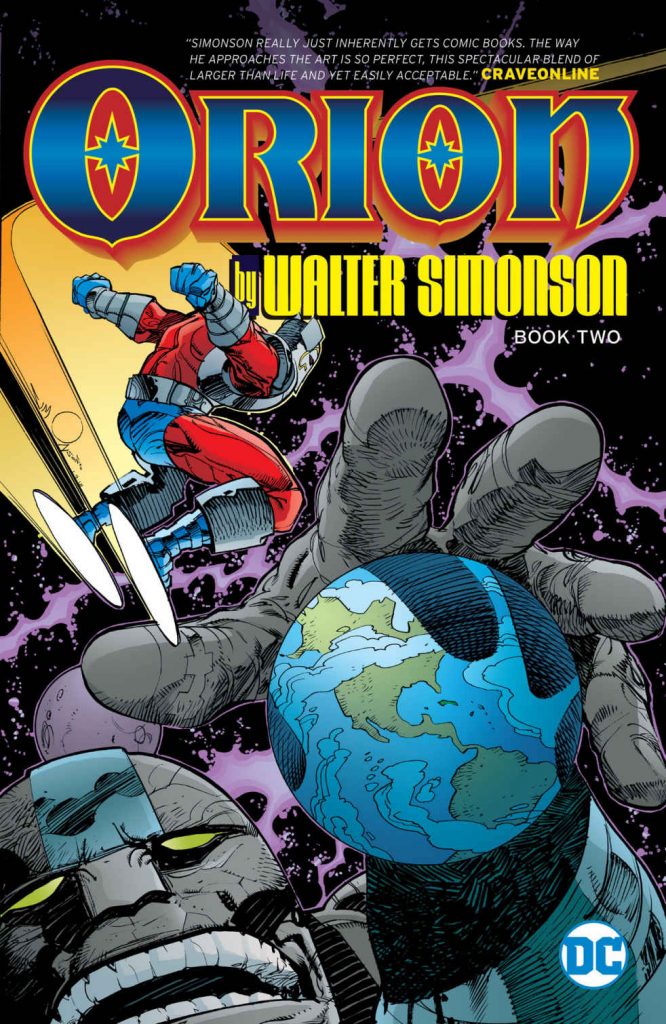 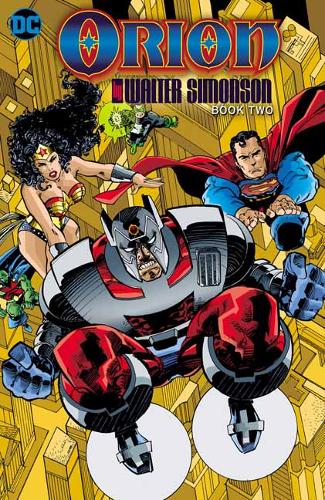 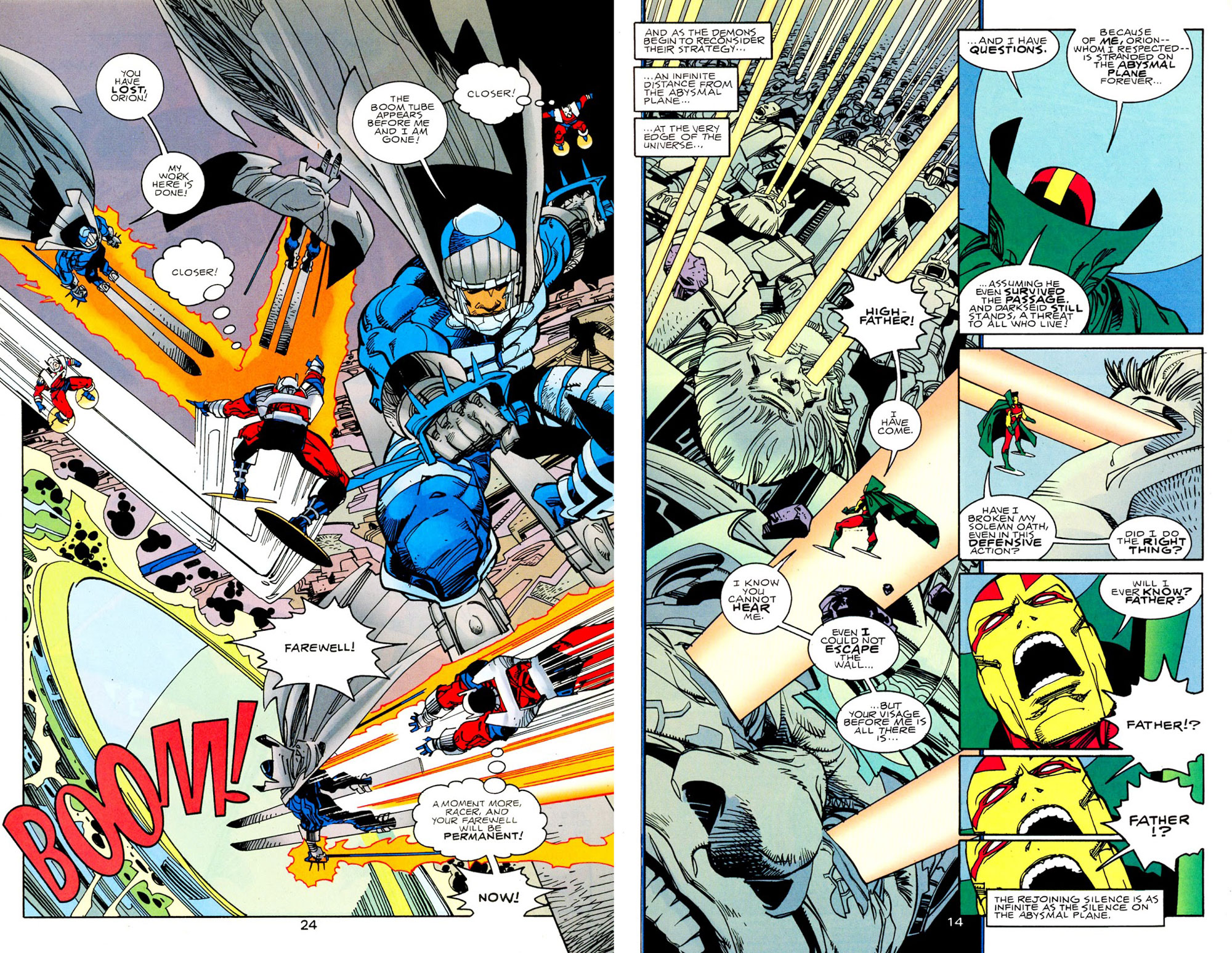 The two-volume set of writer/artist Walter Simonson’s run on Orion also includes his other stories exploring aspects of the Fourth World mythos created by Jack Kirby. Book One contained Orion 1 to 11 plus a cover gallery and nine short stories previously published in various DC comics. Orion by Walter Simonson Book Two contains Orion issues 12 to 25.  In the first volume Orion and Darkseid meet in a final battle, where Darkseid’s feared Omega beams don’t work as planned. Orion’s mission to undo the various terrible effects of Darkseid’s reign ends with a shocking development as he decides to use the Anti-Life Equation, giving him complete control over all living things.

This second volume shows what happens when Orion begins to wield this awesomely dreadful power but in the cause of justice, to eliminate strife and bring harmony and peace to the cosmos. After ordering all beings on the planet Earth to “do no harm”, the complications of the abolition of free will begin to mount up. Plus he has to deal with unfathomably powerful forces of destruction created long before as a fail-safe by Darkseid in the event of his loss of control over Apokolips. Simonson’s deft juggling of all the pieces of the Fourth World mythos that Kirby established is continually surprising and interesting while completely in keeping with their original conception. His art is as exciting as his ideas, delivering intricately designed, aggressive and flamboyant visuals that are great to look at, stylishly and beautifully executed. Simonson’s graphic language of energy, cosmic forces, sound effects and battle clashes create pages that rival constructivist art for their dynamic originality.

The main narrative is accompanied and commented on by a number of short stories exploring pieces of past and present from different perspectives, drawn by guest artists John Byrne & Terry Austin, John Paul Leon, Allen Milgrom, Klaus Janson, Eddie Campbell, Jim Lee and Scott Williams. Each of the Fourth World characters has a moment to shine, and some unexpected players deliver memorable moments in this intricate narrative. The question of what purpose existence serves in the face of ultimate order seems unsolvable, but Simonson’s conceptually fitting solution to Orion’s plight is both logically derived and brilliantly delivered. You may feel a shiver of delight at the cleverness and rightness of the denouement which was seeded way back in the first volume without you even noticing. For anyone who loves these characters the ending is both neatly appropriate and surprisingly moving.

Orion by Walter Simonson is full of the grandeur, awesome cosmic concepts and quirky personality that characterise Kirby’s original Fourth World, and this book is a tremendously skilful achievement. Any subsequent creators will have their work cut out for them matching up to it. This volume also features a ‘New Gods Gallery’ with nine pages of covers and pin-ups, five pages of Simonson’s pencil sketches and five pages of black and white line art for the Overpower collectible trading card game.

There is potential confusion for collectors from another 144-page trade paperback collection out there: Orion: The Gates of Apokolips but this does not feature any new material, and everything within is available in Orion by Walter Simonson Book One. However, although an attractively presented package containing most of these two Orion paperbacks, the Orion Omnibus misses some of the supplemental short stories.