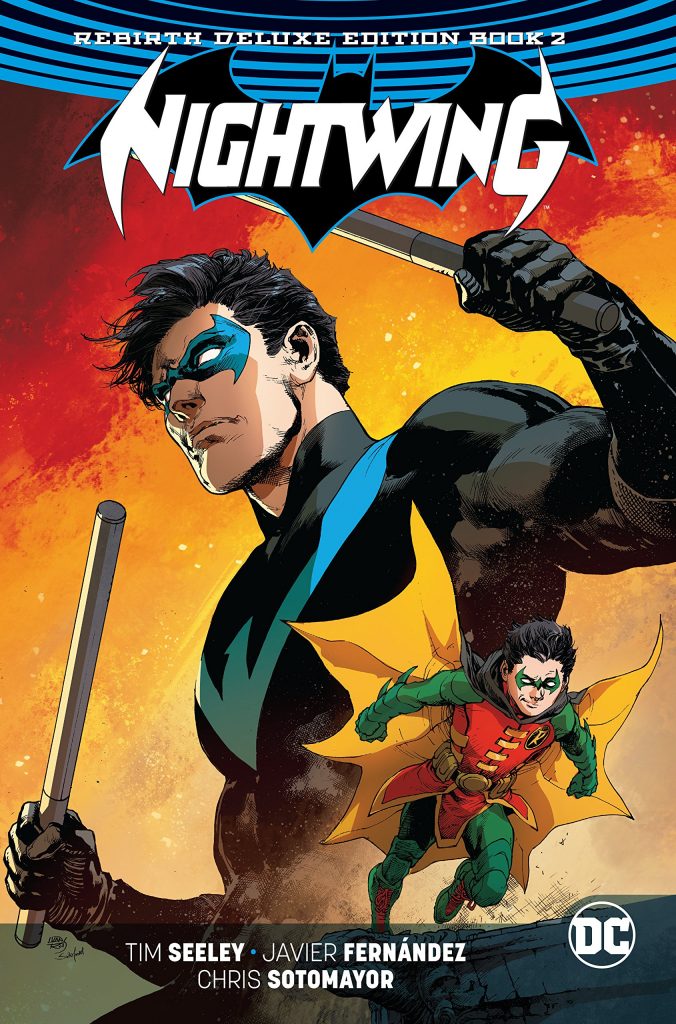 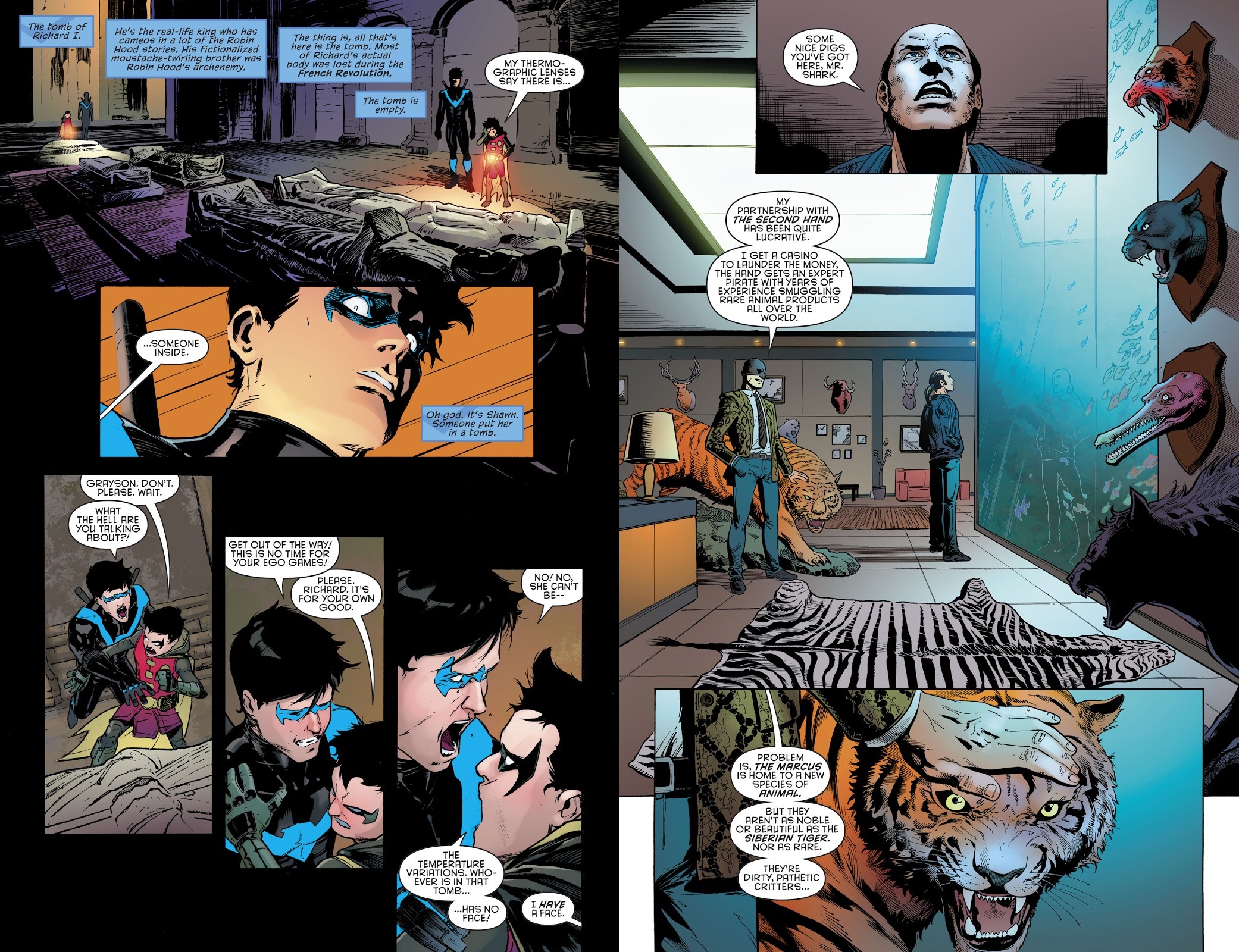 This second oversized hardcover edition continues Tim Seeley’s run on Nightwing, gathering what was printed in paperback as Nightwing Must Die and Blockbuster. It’s very much a mixed bag as Seeley’s writing continues to take the easy option of coincidence or the obvious route, and slips into repeating what he’s already done on the series. Seeley was co-writer on the surreal Grayson series, and both the writing style of that series and the supporting cast return during the course of this collection. Surreality isn’t playing to Seeley’s strengths as a writer, and once picked apart, elements of the opening story don’t seem to make sense.

Considering Nightwing’s best received earlier incarnation saw him situated in Blüdhaven, and featured memorable run-ins with the city’s crime boss Blockbuster, introducing a revised version is welcome. Seeley begins this well, with the new Blockbuster’s motives initially uncertain, and it proves to be both straightforward and the collection’s most enjoyable piece. Also good is Michael McMillan and Christian Duce’s fill-in, a buddy plot teaming Nightwing with Flash and introducing a new villain with an interesting gimmick tying into the bigger plot. When a fill-in is among a collection’s highlights it’s an indication of all not being well.

Neither is the art always a redeeming factor. Javier Fernández (sample spread left) is the first choice artist, and his strengths are setting a gritty environment and ensuring the occasional startling page design, but balanced against that are pages using only figures as often as possible, and little emotional variance to the expressions, which can be strange. This is highlighted by Minkyu Yung’s contributions to the same chapters. He’s far more intuitive at conveying the emotional tension. Miguel Mendonça (sample spread right) is also good, with an elegant simplicity to his civilian scenes coupled with the ambition to tell one of his chapters in spreads. This is essentially a chase sequence of one long race against time, and Mendonça impresses with it.

Seeley’s characterisation works well. It’s a shame to see the effort put into ensuring we like Shawn Tsang being the set-up to her being dropped into the role of victim, but her other appearances reinforce what we already like. The use of the Huntress with her violent and sardonic attitudes provides a nice contrast to what Nightwing might have been, and Robin turning up for most of the first story provides someone efficiently able to provoke Nightwing, while being almost his equal.

If you enjoy Seeley’s Nightwing, then this hardcover is a value for money collection, but it’s not the place to come in cold. Book Three ends Seeley’s run. 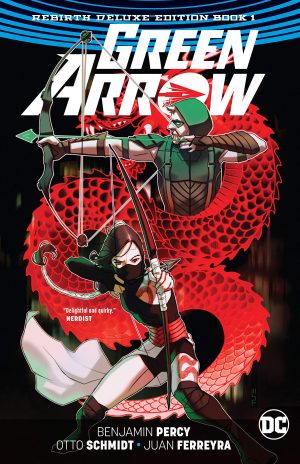