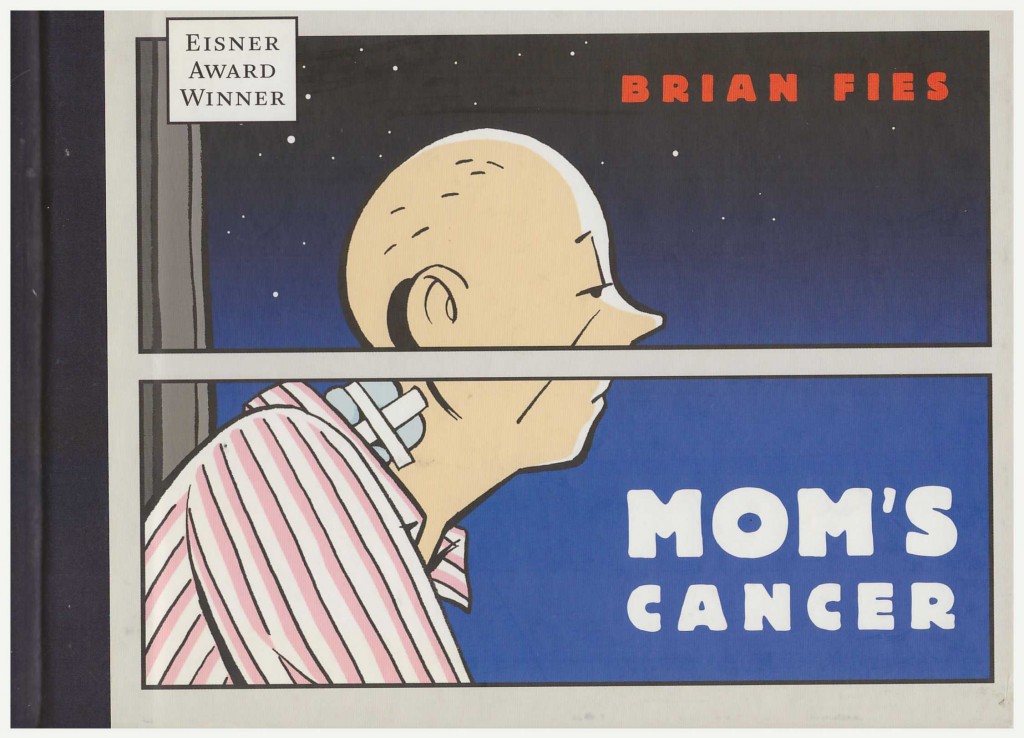 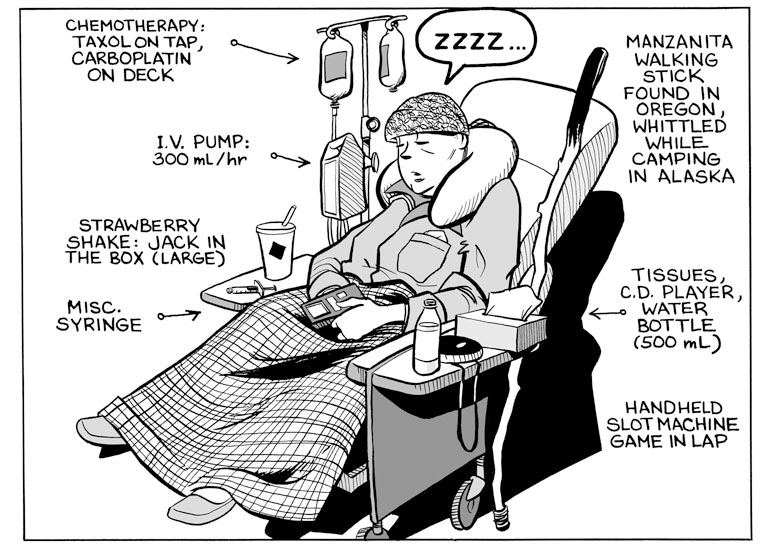 There’s no better summing up of this book than that of creator Brian Fies in his preface: “Mom’s Cancer is an honest, earnest effort to turn something bad into something good.”

He began the story as a web comic in 2004, initially anonymously to respect the privacy of his mother and other family members, and it acts as both memoir and self-help guide. When Fies’ mother suffers a small seizure one night it alerts her family to the possibility of illness that scans confirm. She’s in her early sixties, a lifelong smoker, and the diagnosis is a brain tumor, the cancer having spread from her lungs.

The long period of treatment that follows is frustrating, painful and undignified with no guarantee of success, and compounding the upset for family is an unfamiliarity with the system despite one of them being an extremely competent nurse. It’s extraordinary to consider anyone could deliver this material in a sanguine manner, never mind do so as treatment progressed, yet Fies does so. If he has moments of despair they don’t make it to the book, but extracts from family history do, along with observations about how his mother’s situation changes him. He’s become far more aware of smokers, despite nagging his mother from an early age to stop, and realises that the attitudes of his separated stepfather, positive on the surface, are actually damaging.

Fies’ cartooning conveys the matter at hand largely in stark black and white, but there’s an imaginative streak when he slips into colour, portraying his mother’s collective problems as a game of Operation, or the treatment as a form of superhero fight. He also slips into Picasso, and sepia tones when discussing his grandparents. He’s particularly good at imparting complex information in easily digestible fashion, whether by diagram or well chosen description. Noting someone will enjoy a book titled Mom’s Cancer may appear perverse, but it is the case.

How much help this might actually be to others is difficult to gauge. It highlights warning signs, and explains treatment, but as cancer is such an invasive condition with so many forms there’s no one size fits all experience. When the book concludes there have been changes for all family members. At a very superficial level these concern outlook, but the bigger result is a re-evaluation of the time they may have and that’s an attitude that should spread further.