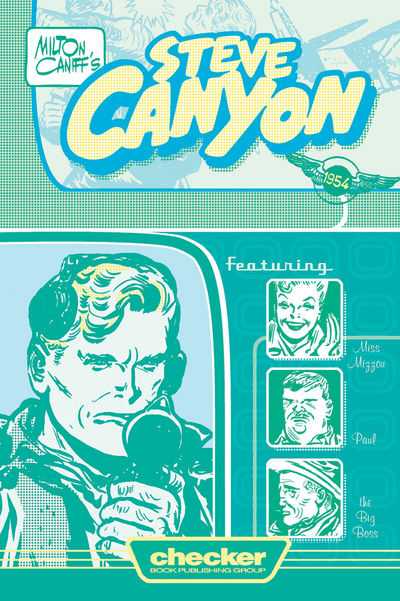 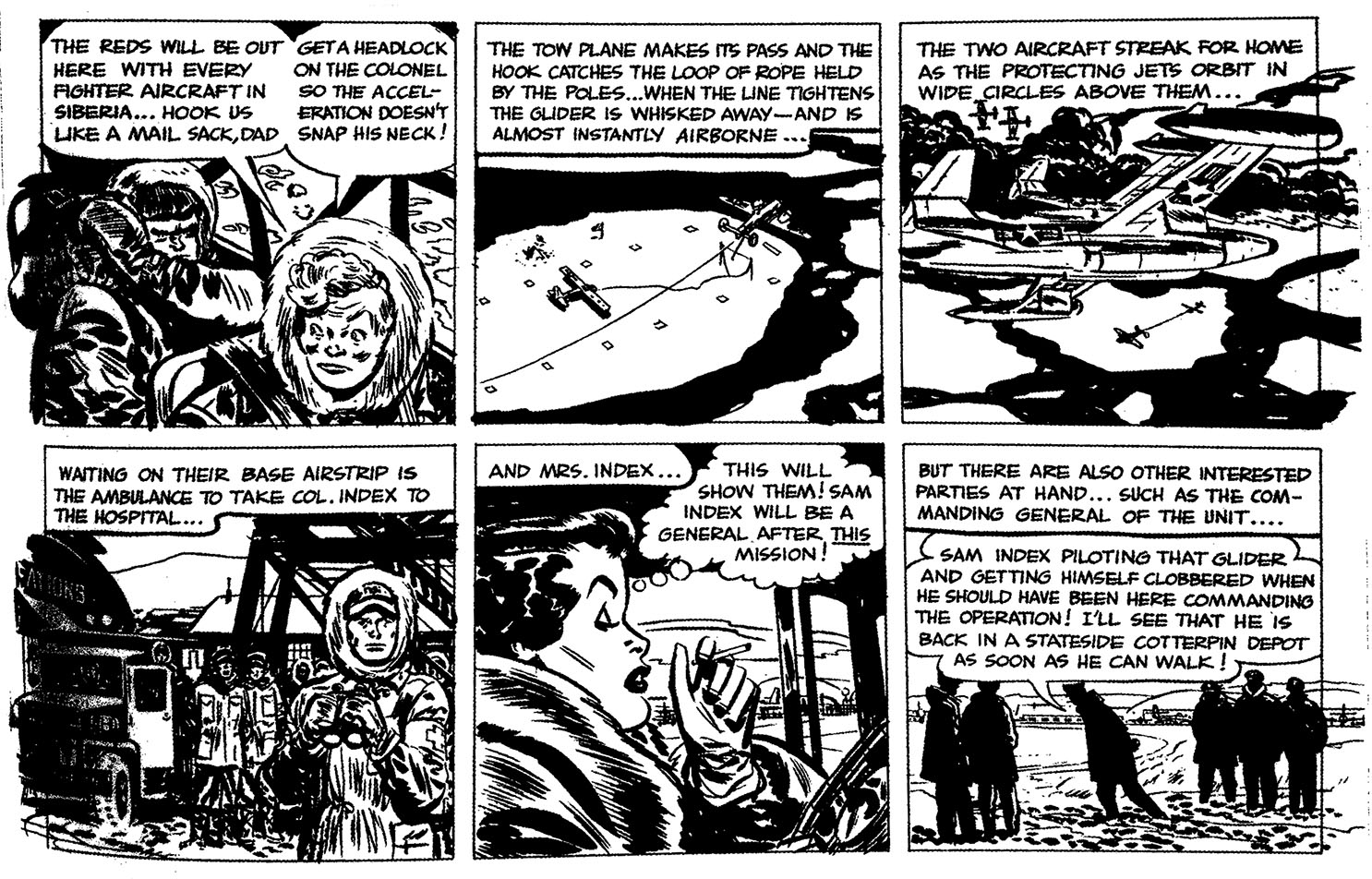 Underneath an astonishingly hideous cover with a bizarre colour scheme, Checker books presents Milton Caniff’s Steve Canyon 1954. The eighth volume of this classic adventure strip covers one year from August 6, 1954 to August 8, 1955.

‘Evangeline’ is an early warning radar base in Alaska; Steve is sent there to deal with a nest of saboteurs and has help from a previous acquaintance in several hair-raising and explosive situations. In ‘Overreaching’, he checks in at the nearest air-force base, and becomes enmeshed in base politics thanks to an ambitious old girlfriend. Events spiral into near-death for crewmen from soviet icebreakers and jets in international waters. The dazzling aerobatics in this story match the usual twists in the human drama.

‘In Formosa’s Dire Straits’ is a very long story but is really three episodes that flow neatly into each other. Lots of Canyon’s cast members return in this sequence, beginning with Doe Redwood whom Steve sits next to on a plane to China. Keeping her safe from kidnappers he encounters blind Gilberta Hall, her daughter Holly and Reed Kimberley, now a marine private. A black market polio scam is the engine driving the mishaps of the third section of the story where the last familiar face to show up is that of Summer Olson.

The commie-bashing, Cold War speechifying feels like US military propaganda at times but there are enough plot reversals, escapes, rescues and misunderstandings to keep things moving and the action is, as always, very expertly delineated. However, Caniff’s formidable artwork loses a lot of visual impact in being shrunken to fit the small pages of these Checker collections. It’s also unfortunate that the Sunday strips are mostly split over two pages rather than being shown in a single page as they would have originally appeared. 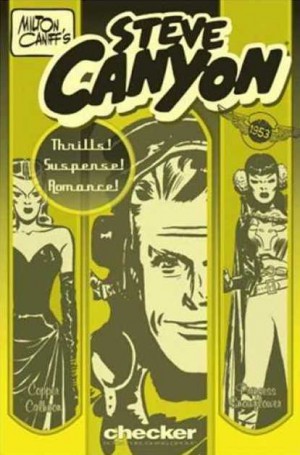