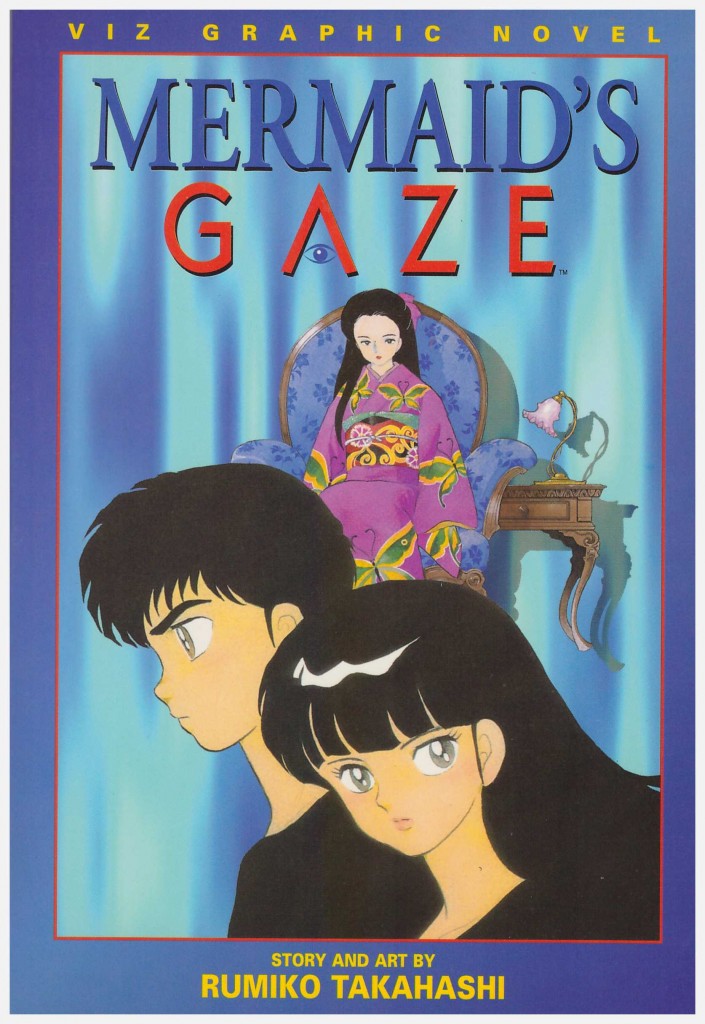 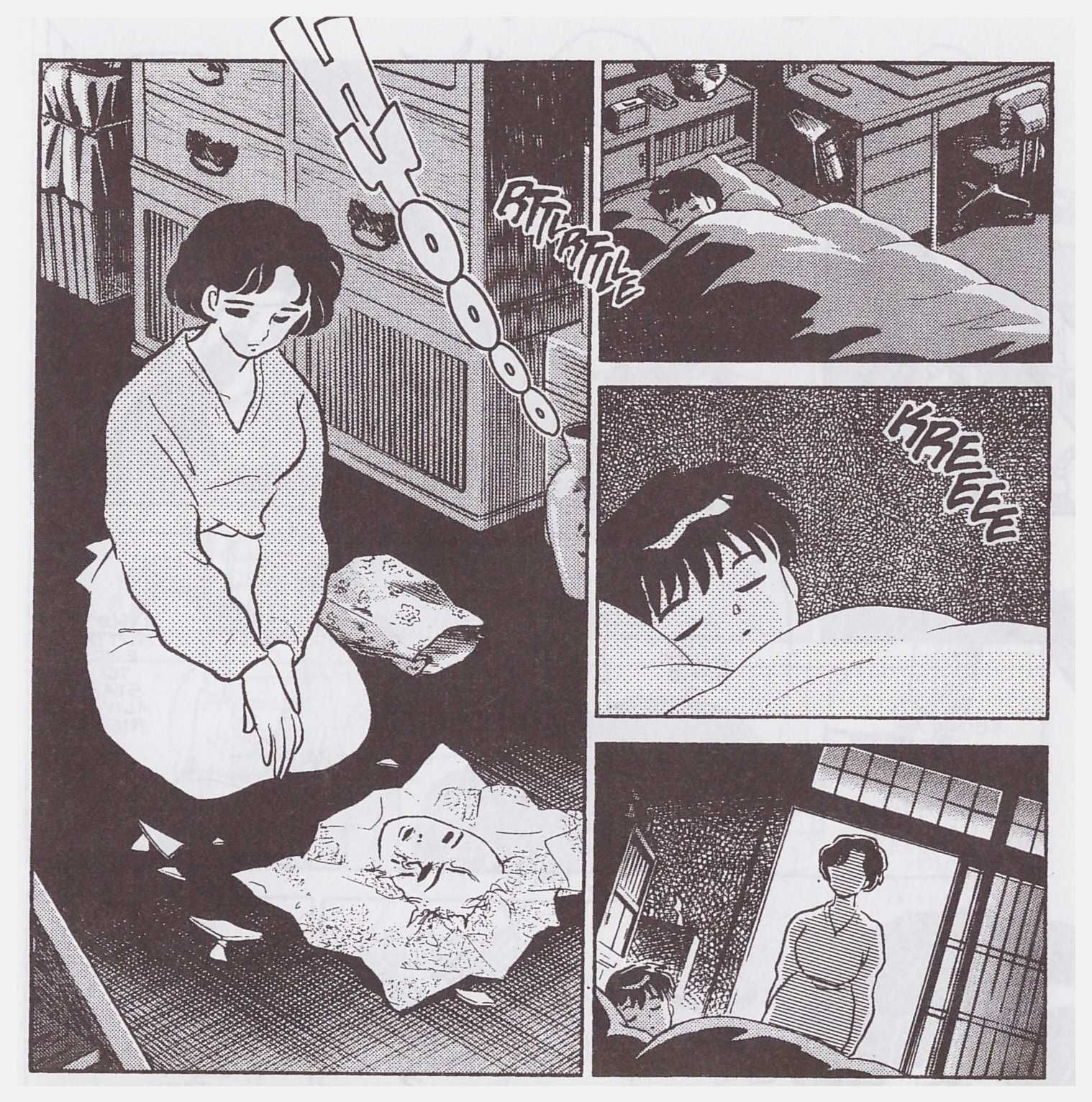 As a pairing ‘Mermaid’s Gaze’ and ‘Mermaid’s Mask’ considerably up the visceral creepiness of the Mermaid series. They also mark Rumiko Takahashi modifying her art. Large sections of Mermaid’s Gaze portray characters from a distance, and full figure, with head and shoulder shots frequently bleeding off the page. The latter technique had been seen before, but not as frequently.

‘Mermaid’s Gaze’ contains as brutal a sequence as Rumiko Takahashi has ever produced, and offers a new take on immortality with someone unaware of the reason they are immortal. Yuta’s past once again comes to bear as he recalls working in a large mansion years before when the children of the house committed suicide. As regular readers are aware, though, in Mermaid death is only infrequently the end, which is particularly tragic for one character. What renders this a more compelling read than the following story is the relentless unpleasantness of Shingo, persecuting two old ladies for the secret they want to keep from him at all costs.

‘Mermaid’s Mask’ is disturbing family saga with a gruesome secret at it’s heart, a little more tastefully handled than the brutality that preceded it. More so than any other Mermaid story there are psychological elements at play.

These stories are also paired in the more recent Mermaid Saga volume 4, also now out of print, and represent the final Mermaid stories to date. This was probably a good place to draw the line, as the inherent weakness of the series became more exposed with every story. Wherever they wandered Yuta and Mana encountered someone immortal, and what was originally presented as rare arcane knowledge became commonplace.