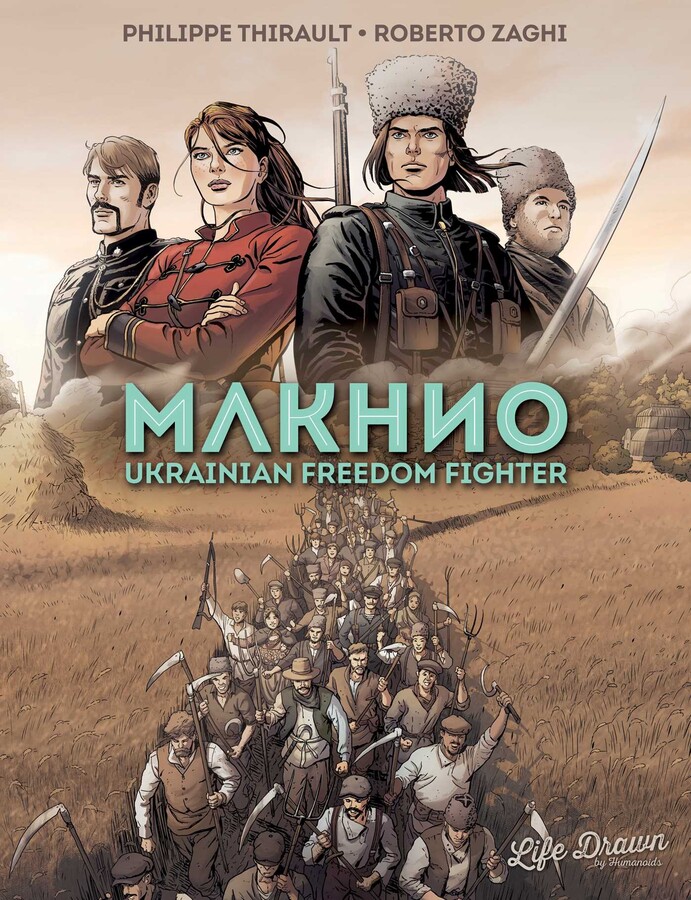 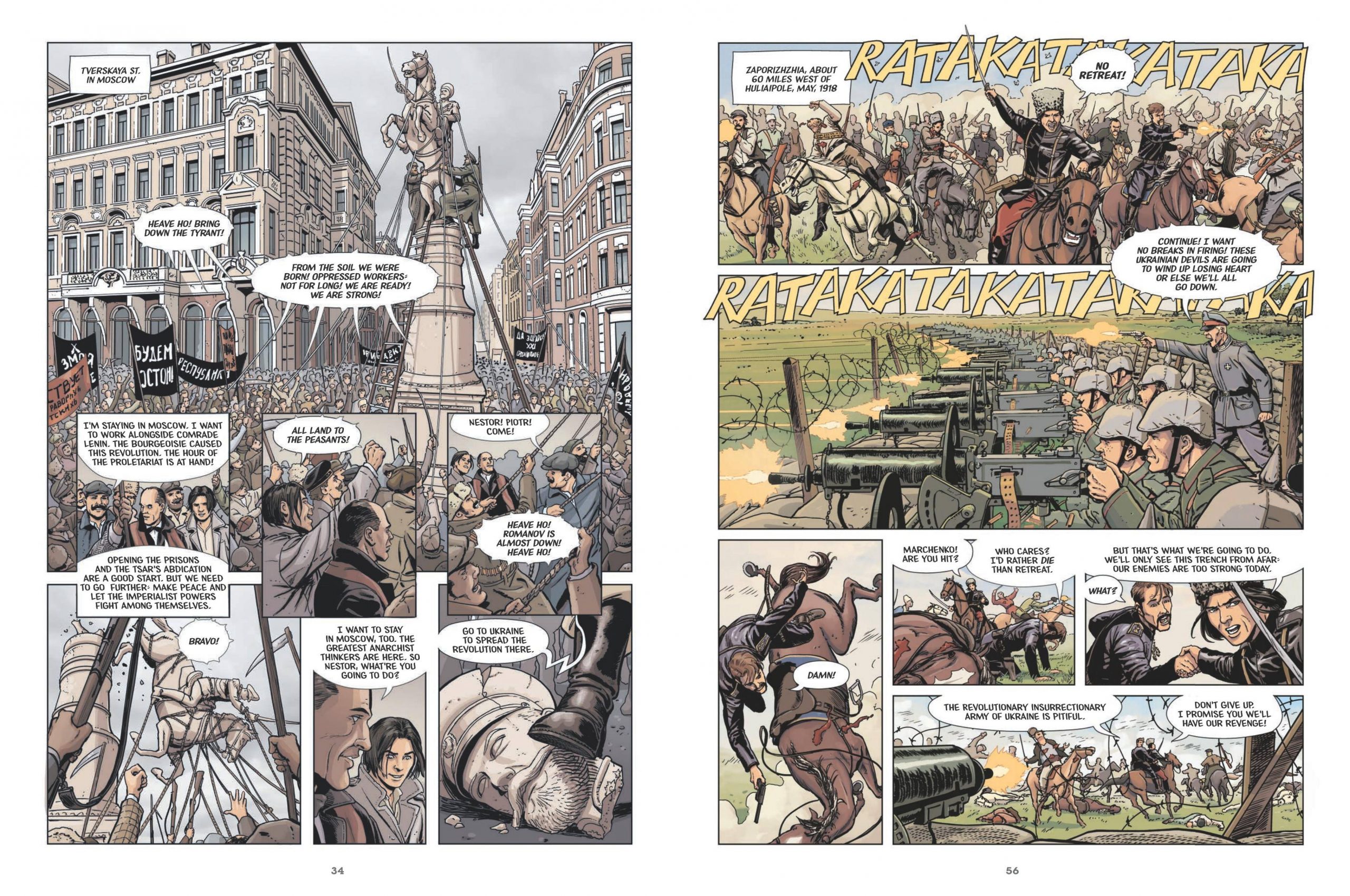 It’s obvious why in 2022 Humanoids would change the original French title to Makhno: Ukranian Freedom Fighter for English translation, but Philippe Thirault and Roberto Zaghi’s 2019 story doesn’t concern the present. We first meet Nestor Makhno in 1930s France objecting to the Communist agitators at the Renault factory, associating them with Stalin’s forces who’ve over-run his Ukrainian homeland. We see him suffering from tuberculosis, and the scars on his back, before learning how those scars originated in childhood.

Perhaps Makhno’s story of being handed over by his mother to a Russian noble family was a common method of improving a child’s eventual status, but in the 21st century it seems barbaric. Makhno didn’t adapt, leaving to survive on his wits by his early teens, and by his late teens he was an anarchist who only just survived hanging. The irony was his lifetime in jail was commuted when the Communists came to power in Russia, after which Makhno continued his agitating in his homeland.

Thirault and Zaghi prioritise historical accuracy, although dramatise by arranging sequences to supply greater emotional tension, applying dialogue to known events and using a structure of past and present. Zaghi’s attention to detail and cartoon realism in a shadow-free style make for a very attractive look, but there are occasions where the violence is very graphic, needed to make a point, which isn’t only about pre-revolutionary cruelty. Considerable work is put into visual authenticity. If an army is needed, Zaghi draws that army, and if it’s a celebrating crowd he draws dozens, not just a couple of people seen in close-up, and they’re all individually dressed.

Makhno’s Socialist principles distilled to everyone having enough resources to work the land and feed themselves, and rapidly rising to leadership in his Huliaipole area of Ukraine he put them into practice, but that’s only the start of events stretching into the 1930s. Although almost everything shown occurred over a century ago, something Thirault makes plain is Ukranian mistrust of Russian political groups. He also shows how idealistic systems are only as strong as the people maintaining them.

After Makhno’s story is told, there’s a two page essay supplying the bare facts, but contextualising how important he was, and how had he succeeded 20th century Europe might have been a very different place. It all combines for a very satisfying read about someone who was no saint, but whose exploits deserve to be remembered. 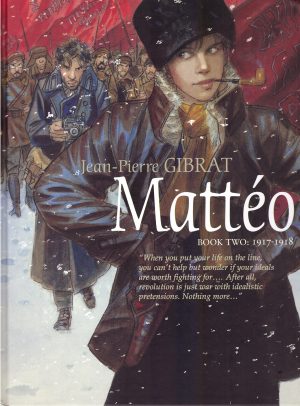