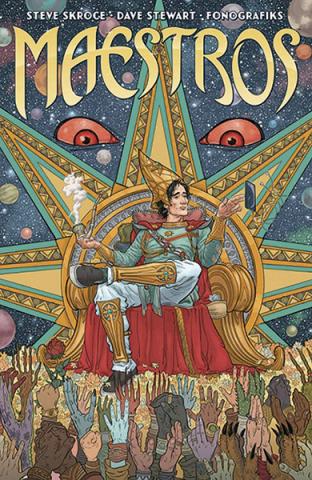 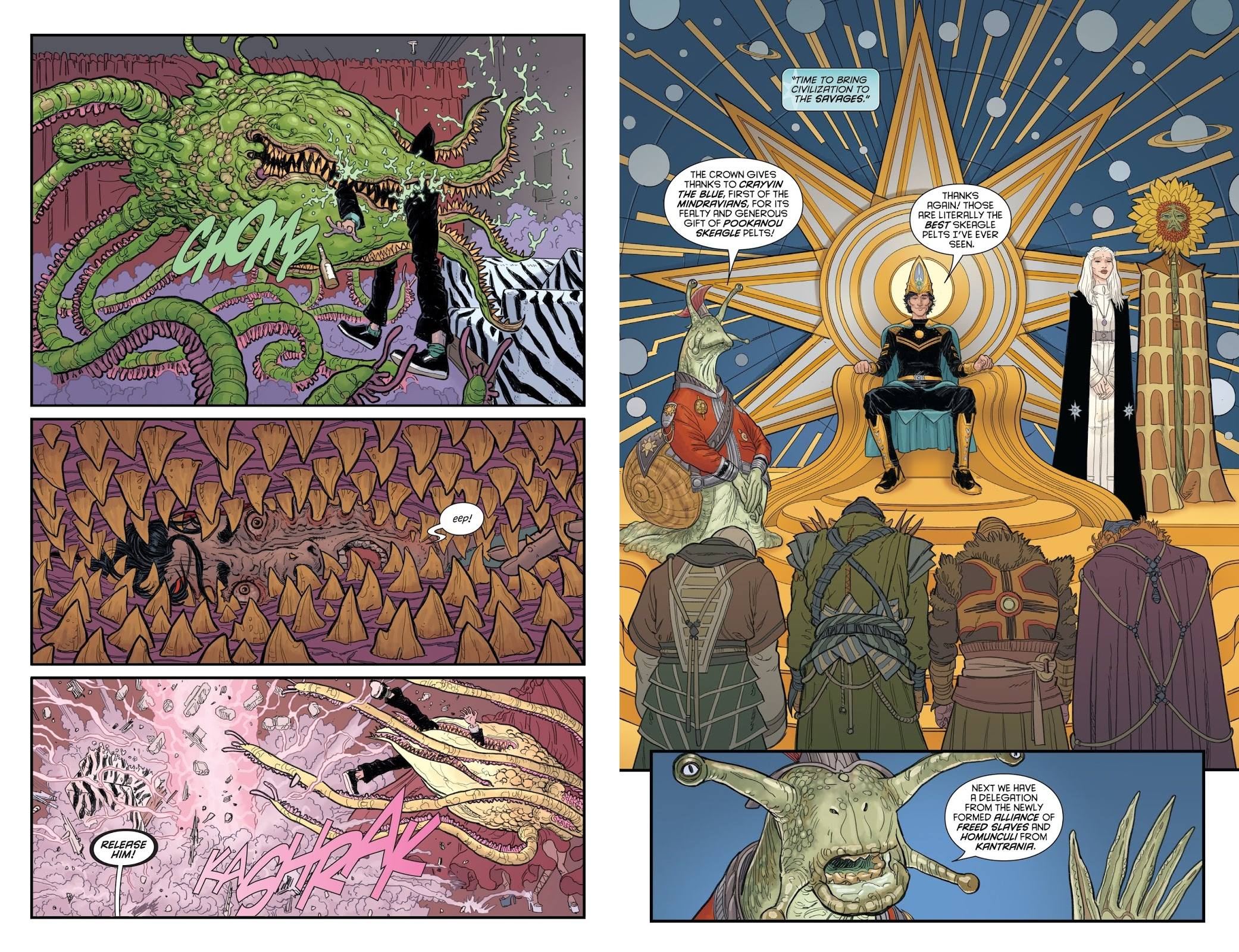 The unthinkable has happened. The Maestro and his entire recognised family have been murdered by the escaped wizard Mardock, and for the first times in eons there’s uncertainty. His bastard son Will now inherits the throne, but as that was an impossibility that was never going to happen Will scratches a living on Earth indulging in minor magical parlour tricks. Being the infinite ruler of a magical realm is one hell of a step up, and along the way there are few scores to settle, some new social rules to apply, and all the power upgrades that come with the position. So do a lot of enemies.

Steve Skroce’s decorative art is the opening attraction. The assorted designs for aliens impress, he convincingly supplies the luxurious trappings of infinite power, and Will has a suitably fallible look to him despite his enormous confidence. Skroce doesn’t just sketch in a little detail, either. Everything is given the full rich works, down to the crumbling debris. That Maestros looks so good takes it a long way, and Dave Stewart is a full partner, his colouring usually thoughtful and restrained, but here as untamed as Will himself. It gives Maestros the look of vividly coloured Indian art depicting the Hindu gods.

The main plot is relatively straightforward, forcing Will against the entrenched, schemers now freed from fear, and Skroce’s imagination runs wild with the dressings. He conceives a whole load of throwaway magical defences, good reasons for Will to want to change things, and works well with the sadistic policies of the now dead Maestro. The coarse comedic tone used throughout is satisfyingly employed, with Will in danger, but never too much danger, even in a place where no-one’s word is their bond and selling out is the way forward.

A clever resolution is foreshadowed early, but it’s only going to be the exceptionally astute that pick up on it. It solves things neatly, ending a story that’s a lot of fun all the way through.