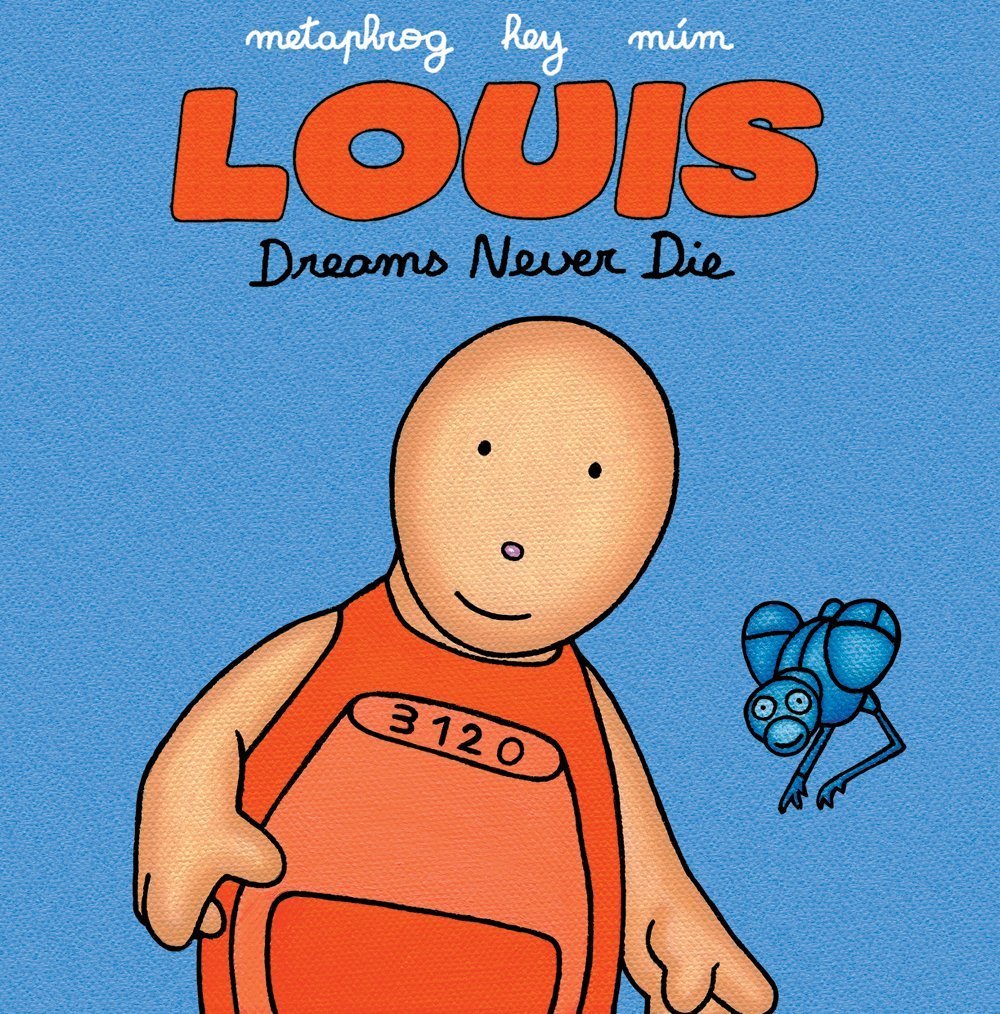 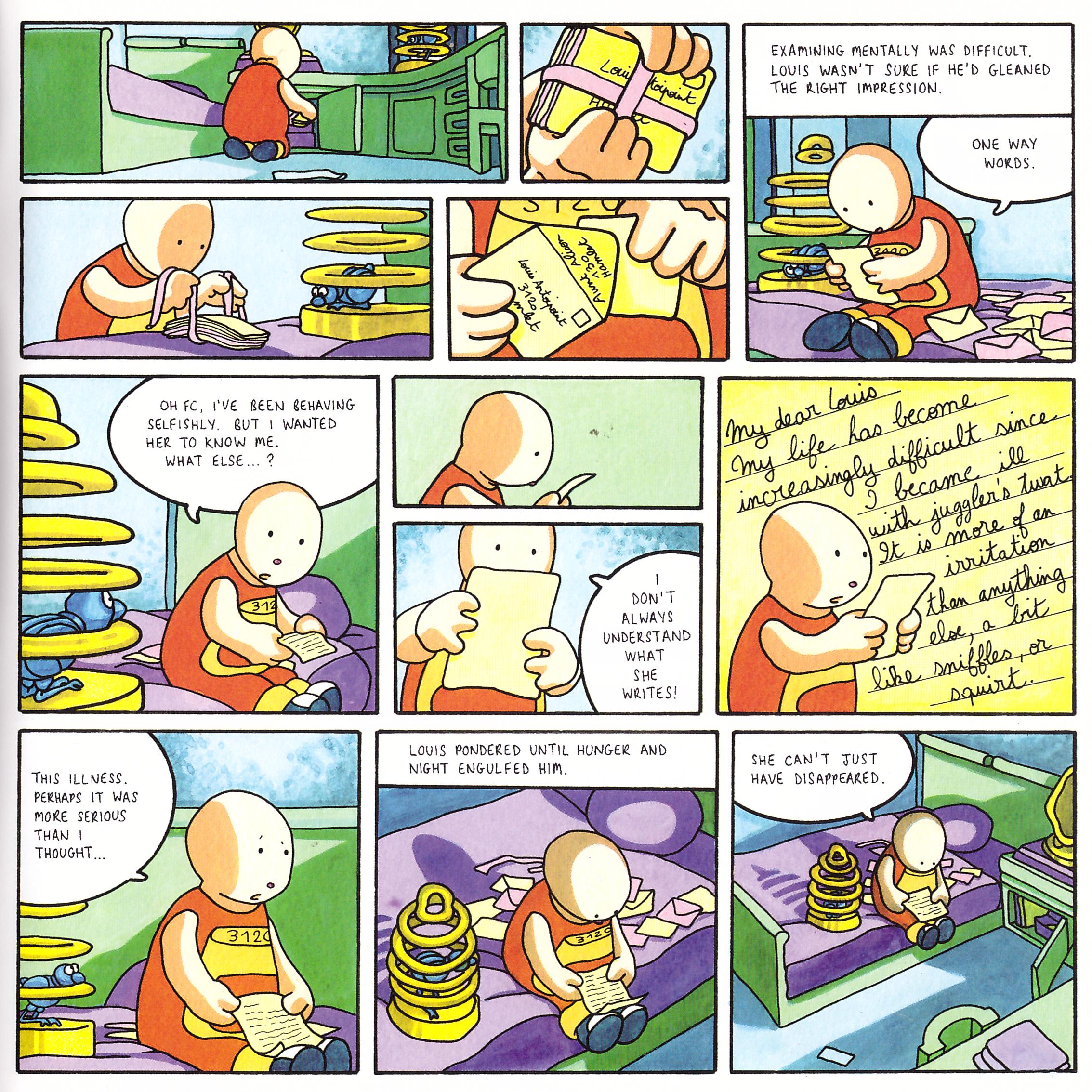 As ever, Louis is mildly discontent, loneliness nagging at him as he goes about his daily tasks of filling bottles with air and inflating and decorating fruit. He’s afraid to tell his companion FC about his loneliness for fear of offending. The comforter device in his home can only suggest he watches more television, and he’s not been receiving any correspondence from his Aunt Alison since she announced she was feeling poorly. Inspired by his dreams of exploration, Louis decides to take FC along with him on a journey to visit Aunt Alison. Readers of previous Louis books will know Aunt Alison is a fabrication of his malicious neighbours, who use the correspondence to humiliate Louis.

More than the previous Louis graphic novels Metaphrog explore the sinister society of Hamlet, with its uniform plots and houses, their fences separated by a grid of pathways. Inhabitants aren’t supposed to leave their small environments, and Louis’ quest is cause enough for the police to call out the robot dogs. The chief is a potato-headed Hitler, while the rank and file wear pointed white hoods with eye holes, resembling nothing so much as Ku Klux Klan uniforms, rather heavy suggestions to make in what’s ostensibly a graphic novel for children. They’re accompanied by threatening looking and aggressive robot dogs, thankfully incompetent.

Louis spends much of his time dreaming, wandering and being led, so there are comparisons to be made with the life of a child, and the simple illustration coherently supplies the experience of childhood, with the fear and uncertainties of changes. The simplicity of the art is deceptive, strong in ensuring sympathy for the put upon Louis, his expressions varied despite his features only being a couple of dots and a couple of lines.

There’s very little else in comics that can be cited as an obvious comparison to the whimsy, wordplay and surreal wonder of Louis, and creators following their own path as Metaphrog do is something to be admired and cherished.

As well as a story, Dreams Never Die is accompanied by either a seven inch single with two tracks, or those tracks on a CD along with a short animated Louis film. The music is haunting French pop, ideally suited to the book’s mood.