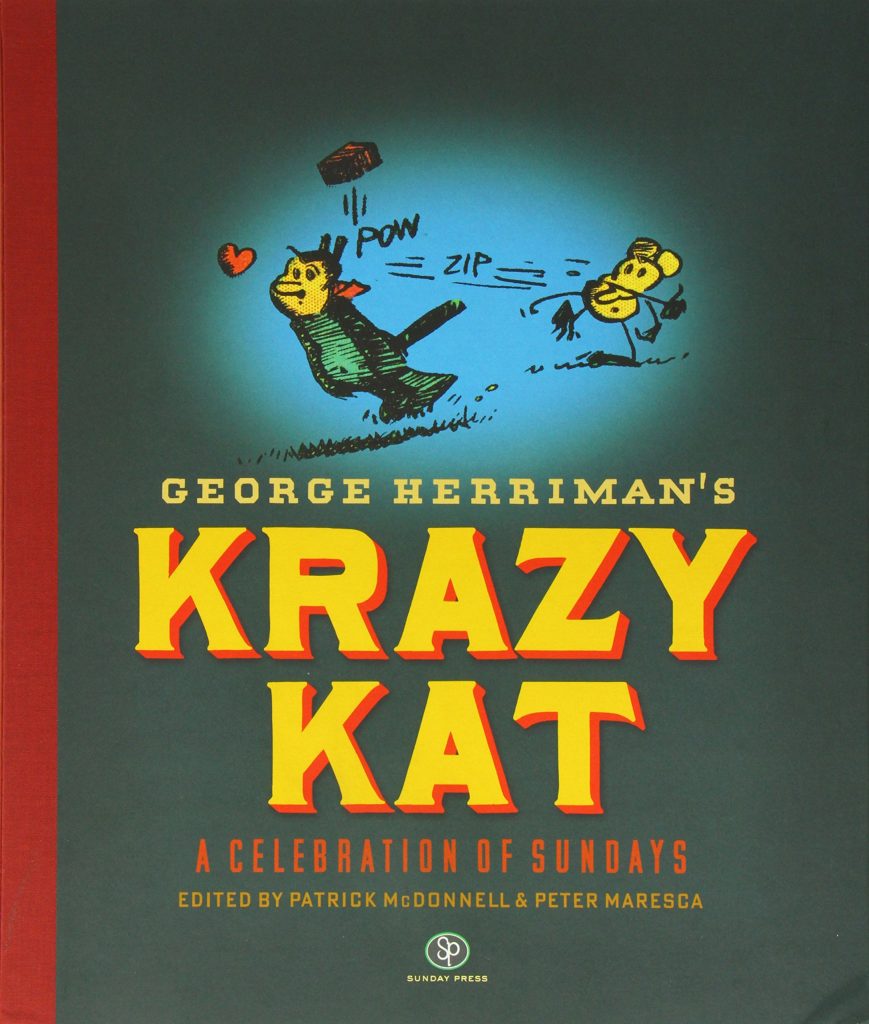 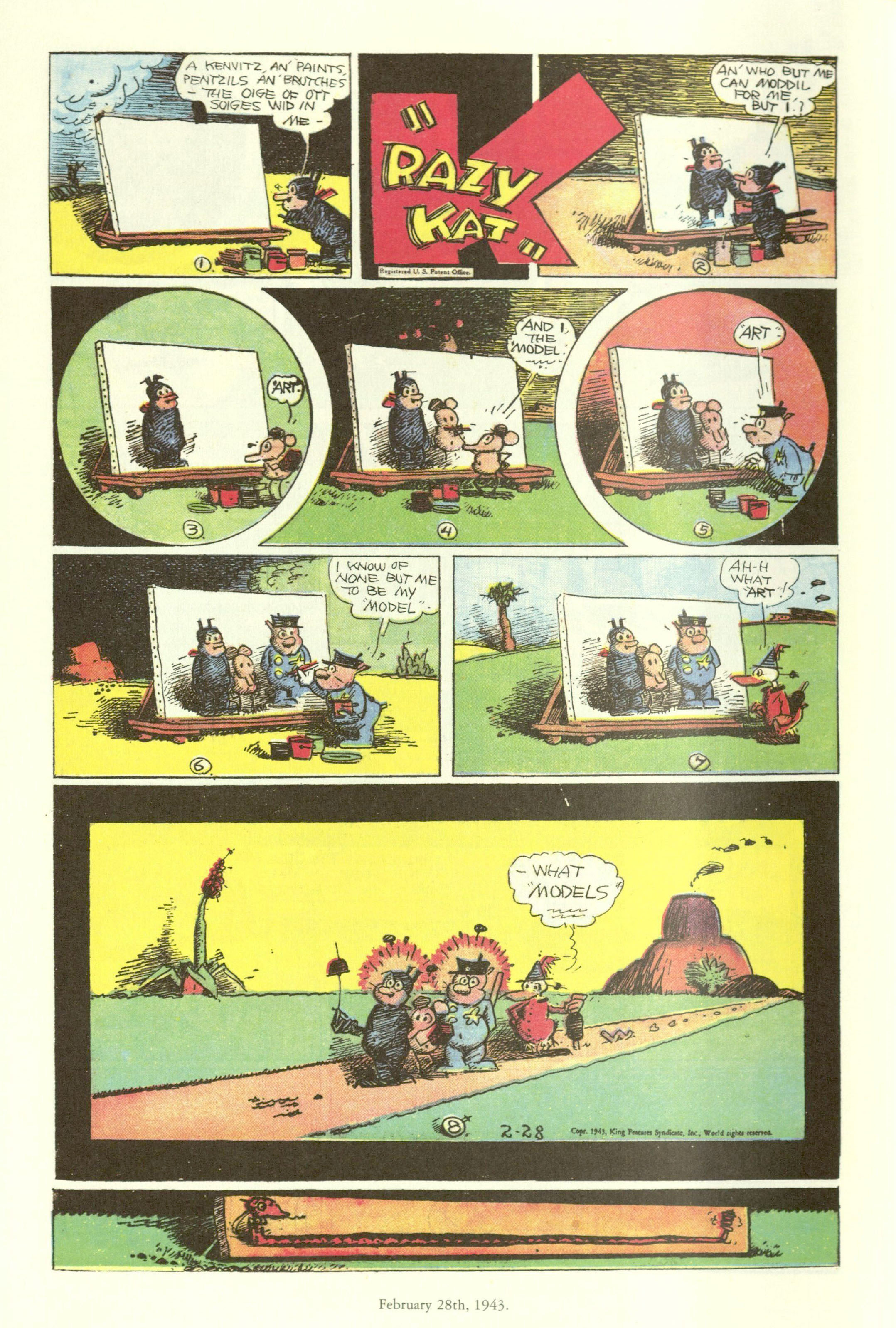 Krazy Kat, published daily from 1916 to 1944 is hailed almost unanimously by comics scholars and critics as the greatest comic strip in the history of the medium. George Herriman’s fantastically strange and convoluted language, his continual invention and reinvention of story structure, presentation and style, with complex drawings and beautifully composed Sunday pages all revolving around the simple premise of a love triangle between a cat, a dog and a mouse, are like nothing seen in a daily newspaper before or since. There has been enough Krazy Kat published in book collections to give contemporary readers the chance to read this strip for themselves and determine whether the praise is justified. In one very significant way, however, none of the reprints can really convey the sensation of what reading the strip in its original form was like: they are all much smaller, usually less than half the size Krazy Kat first appeared.

Krazy Kat: A Celebration of Sundays presents 135 Sunday pages from the 28-year run of Krazy Kat, in a very large hardcover book that measures 355 x 432mm (14 x 17 inches), matching the size of the newspapers in which it first appeared. In between the first Sunday page from 1916 and Herriman’s final Sunday page printed in 1944 are 133 more pages from the three periods of Krazy Kat; the black and white years from 1916–1934, the broadsheet colour strips from 1922, and lastly the tabloid-sized colour strips printed from 1935 to 1944.

It’s not surprising that the strip should feel different at this much larger size, but what does surprise is the depth of that difference. The characters themselves seem to have a lot more solidity and expressiveness to them, and the background settings come alive as everything is so much easier to read and more vivid, with the complex page layouts more powerfully coherent. This strip was designed to be read at this size, and what these reproductions suddenly make clear is that so much has been lost in seeing Krazy Kat only at vastly smaller proportions. It’s not just the physical dimensions that are reduced, but also the ideas and the characters themselves that are shrunken at the standard book sizes that we are used to. It’s no exaggeration to say that you have not and cannot truly understand this strip until you have seen it at this size, and Krazy Kat: A Celebration of Sundays is a revelation for those interested in the work of George Herriman. Even if you thought you weren’t interested before, this book may change your mind. It’s that good.

Krazy Kat: A Celebration of Sundays includes biographical details and other historical essays, and there are examples of strips created by Herriman for Sunday newspapers before Krazy Kat, many never reprinted before. For the cost of buying just one original Sunday newspaper that would likely crumble to pieces as you read it, this book contains 160 pages of excellently restored comics and extras. If you enjoy Herriman’s work, this will be the best and comparatively cheapest purchase you have ever made. 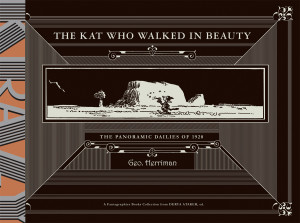 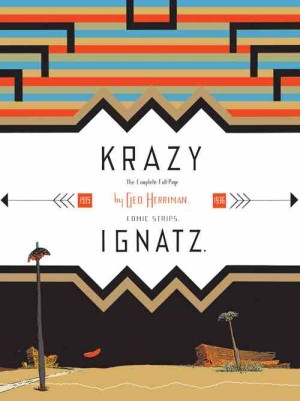