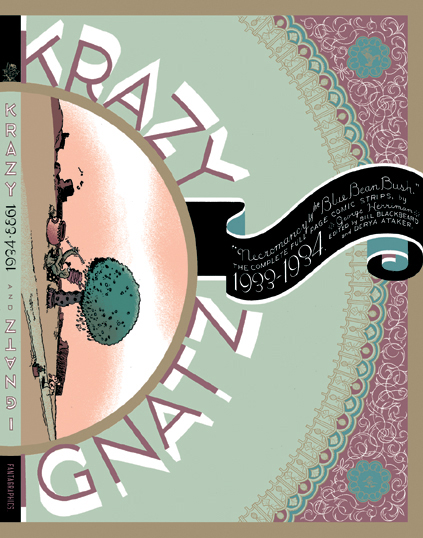 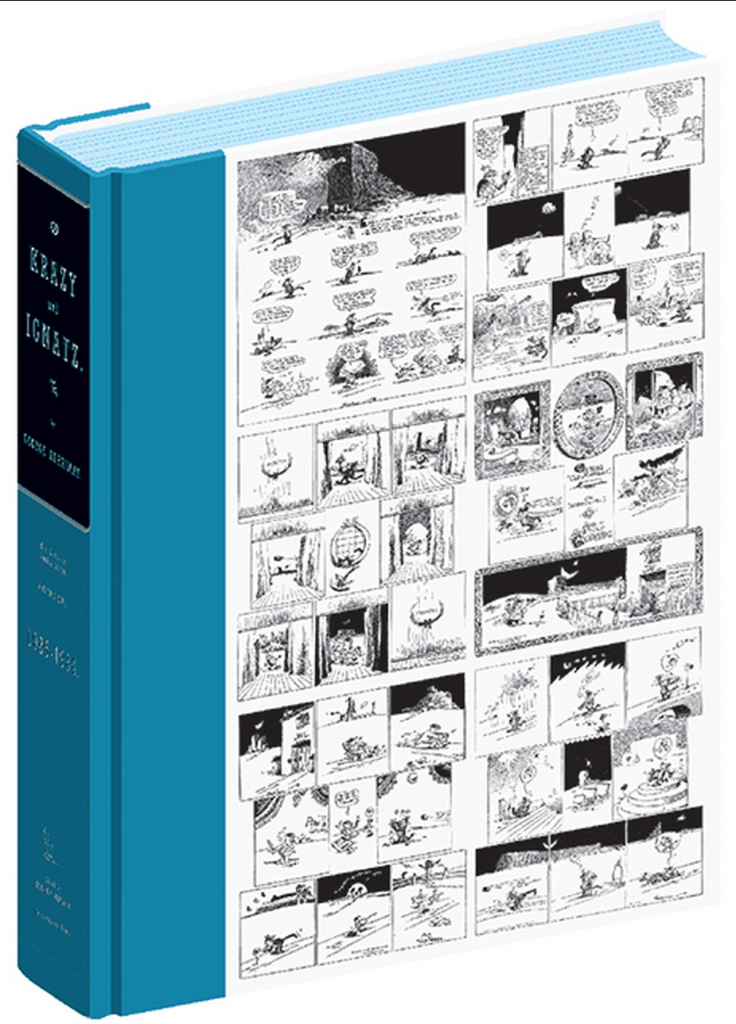 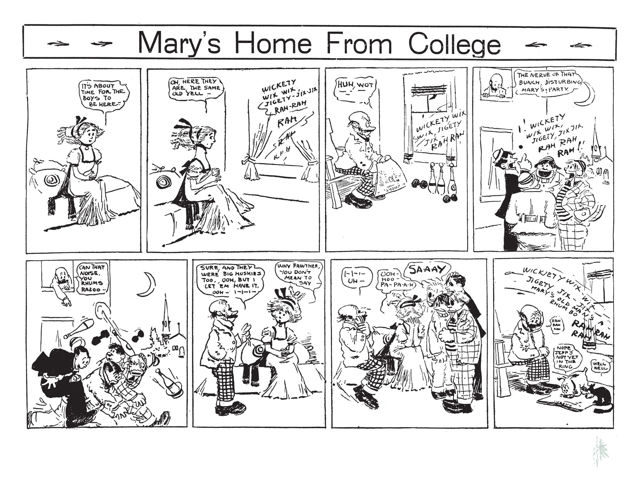 Volume eight of the complete George Herriman Krazy Kat Sunday pages is the last to feature black and white Sunday pages. From 1935 Krazy Kat appeared in colour among many other strips in two Hearst papers in New York and Chicago, and continued in colour until the end. Not everyone thought this was an improvement, however. A lot of dedicated Herriman fans prefer the black and white strips because their intricate shading and delicate linework has a depth and detail not present in the colour pages. From the next volume you will be able to judge for yourself. Meanwhile, this collection opens with a large selection from early Herriman strips including The Amours of Marie Anne Magee, Mary’s Home From College, Baron Bean and Embarassing Moments, and a few other pieces of cartooning and newspaper ephemera.

In his opening introduction, series editor Bill Blackbeard notes that a lot of the strips in this volume had to be reconstructed from microfilm. Sources for the original tearsheets were a lot harder to find for this two-year stretch of Krazy Kat as a lot of Hearst newspapers had stopped running it by this point. Many strips in this volume were never printed in their original configuration as drawn by Herriman, but recut to suit the layouts of regional papers.The limitations of microfilm make it a very unforgiving medium for storing images, and a sizeable proportion of the content looks much cruder, with thicker lines and filled-in, solid patches of black instead of the usual detail. Their layouts are pretty much based on best guesses since there are no originals to compare them to, but bad reproduction is better than none, and Derya Ataker (editor of The Kat Who Walked in Beauty) deserves a lot of credit for the reconstruction of these pages. An example of the kind of work done can be seen on page 93, taken from microfilm – an original full-page version of this strip turned up and is reprinted in volume 12.

Despite the various printing and reproduction issues, this is another very funny and beautifully arranged collection of ineffable brilliance from the pen of George Herriman, and the jokes, puns, poetry and silliness continue to pour out in a seemingly inexhaustible wave of excellence.