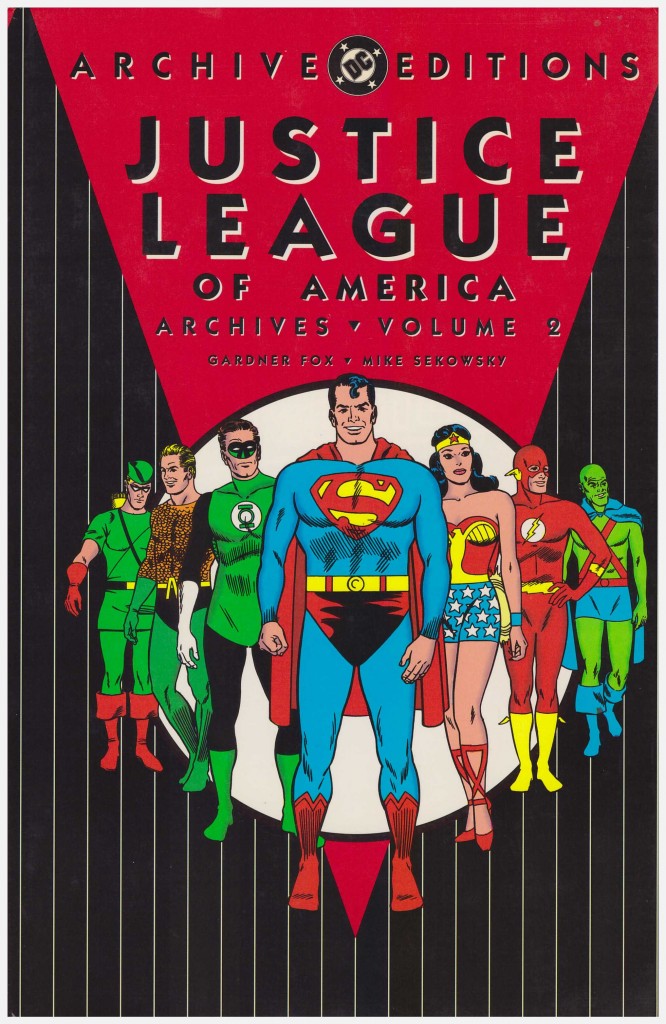 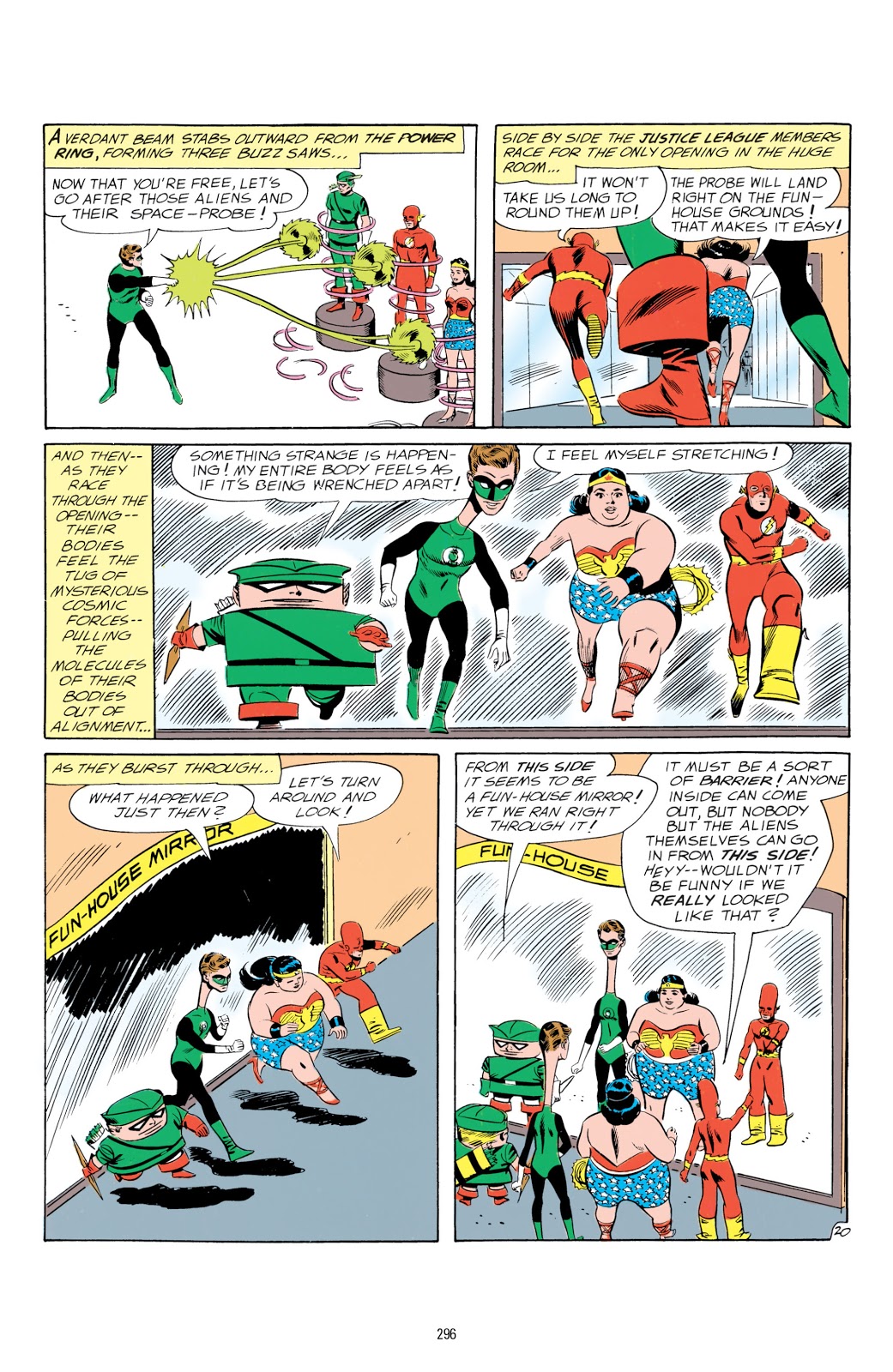 From the modern day perspective it’s nigh impossible to enter the mindset of those producing these Justice League of America comics in the early 1960s. It’s interesting to note that Superman, then Batman were centrally cover featured on the first two volumes, when their appearances inside are restricted. DC editors of the era maintained their own fiefdoms, and those creatively controlling the destinies of Batman and Superman considered the appeal of those characters as solo stars would be diminished by participation in the Justice League. It was grudgingly ceded with the proviso that it be minimal, so they’re rarely seen.

Further incredulity is induced by the origin story of the Justice League being presented as almost an afterthought in their ninth issue. “Clue me in Aquaman,” says enthusiastic mascot Snapper Carr, “I never did learn how the Justice League began!” His wish, however, is postponed as Wonder Woman insists the cleaning is carried out first. “When it comes to cleaning time Wonder Woman is boss”, notes Aquaman.

There’s an element of shooting fish in a barrel in sniggering over out-moded attitudes, and the origin story exemplifies the imagination Gardner Fox brought to the material. Seven wildly differing alien beings have claim to the throne of Appelax. They’re fired to Earth in meteors, from which they emerge to transform others into forms similar to their own. With their gathered armies the intention is that they fight until a clear victor emerges in the knowledge this will lay waste to an occupied planet. Intervention from the then future Justice League members prevents this, although there’s little concern over killing their defeated foes.

Fox continues recycling the formula established for the 1940s Justice Society of America, with heroes teamed in individual chapters to deal with iterations of that story’s menace, uniting at the end to defeat the main threat. There are, though, signs of progress. This volume contains the first two part Justice League tale, wherein they not only have to deal with ambitious sorcerer Felix Faust, but the demons he unleashes on the world, while simultaneously facing the armies following orders of the Lord of Time.

By this time the more active participation of Batman and Superman has been achieved, so when the team face Doctor Light, or their own robot duplicates the pair are on hand to help out. Alien menaces and environments continue to predominate as Fox brings his science-fiction sensibilities to bear.

This cascade of alien environments suits the unconventional nature of Mike Sekowsky’s art. One can’t imagine any present day artist attempting to squash full figures of eight Justice League members into panels occupying a quarter, or sometimes a mere sixth of a page as Sekowsky frequently does. Sometimes he’ll even add teenage mascot Snapper Carr, who is considered so essential to the package that he’s featured alongside the heroes in the roll call opening each tale. Sekowsky’s goofy best here is an early sequence where some JLA members are transformed into fairground mirror versions of themselves.

As with the previous volume, and indeed, the next three, it’s difficult to imagine anyone over the age of ten coming to these stories fresh and being enthralled by them. The plots are well conceived, if to an unyielding formula, but the resolutely wholesome and co-operative heroes lack any definition, leaving those plots with an unsustainable burden.

Anyone still curious, but not wanting to risk the money these hardbacks cost can find the same content on pulp paper in black and white spread between volumes one and two of Showcase Presents Justice League of America.