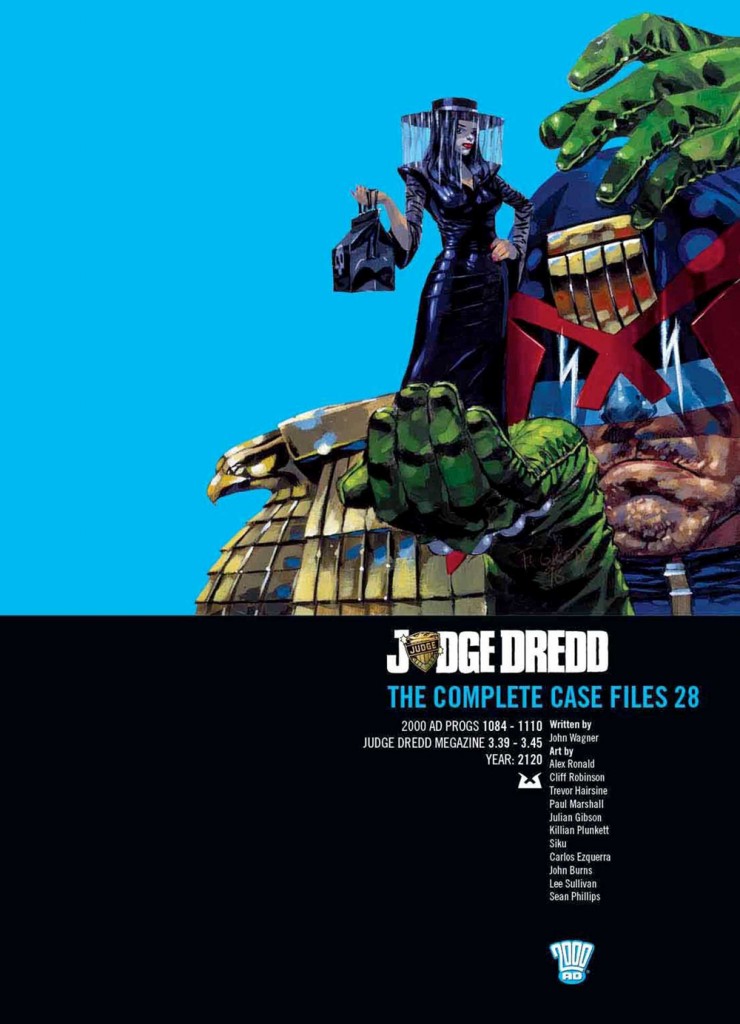 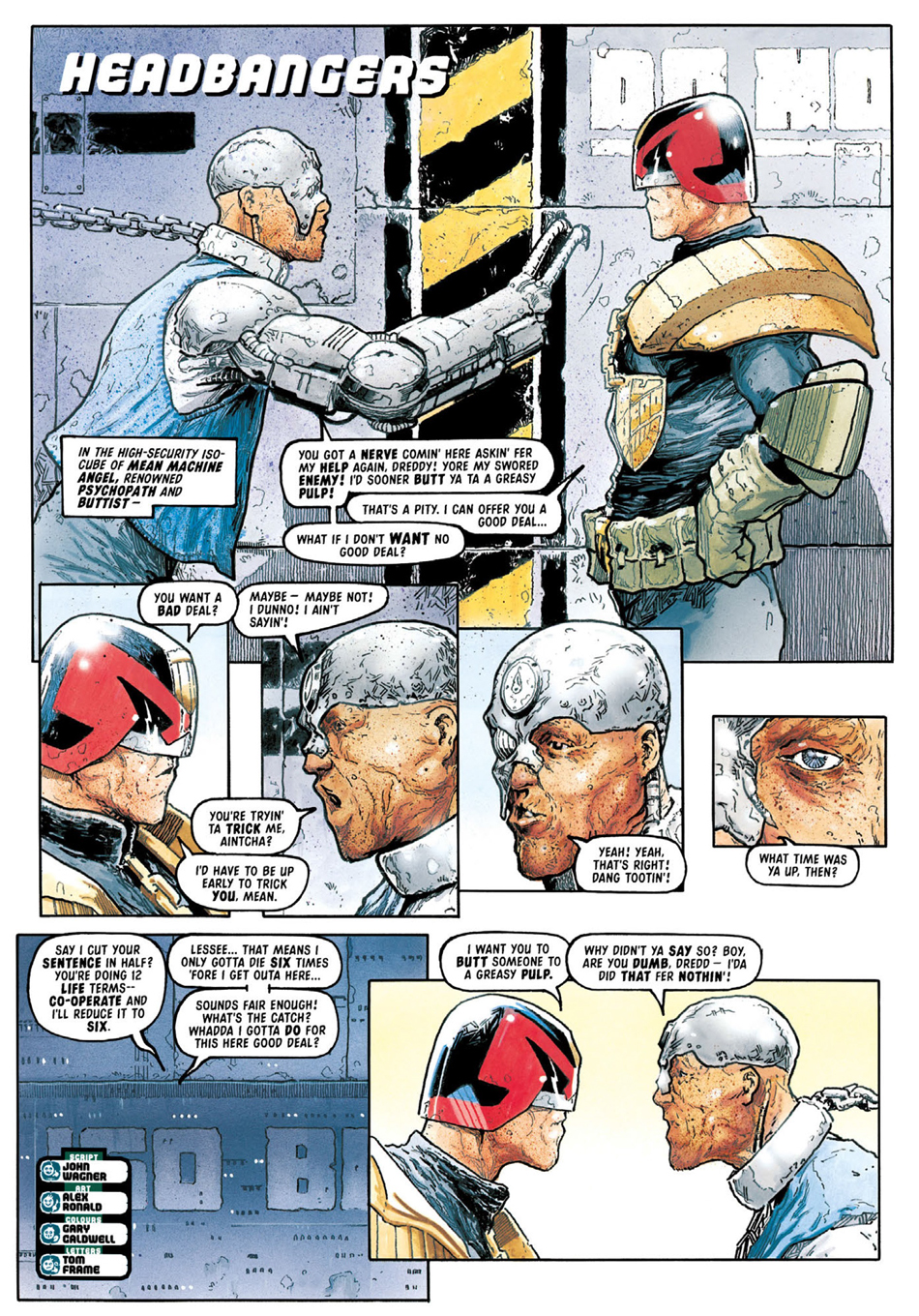 Case Files 28 is, like the previous volume, written entirely by John Wagner, with nine stories from 2000 AD and seven from the Judge Dredd Megazine.

We’re off to a flying start with the first story, ‘Headbangers’, featuring everyone’s favourite head-butting lunatic, Mean Machine Angel. Mean’s always good for a laugh, and the story’s crammed with jokes and Wagner/Dredd’s trademark dry humour. Alex Ronald’s art (sample page) is wonderful, with his stuff improving with every outing.

The next seven stories are short – the longest is four parts – and none deal with events of any great significance, choosing instead to mine the same comic vein as the opening tale. Wagner excels at this type of thing, and is accompanied by some very good artists. Worth a special mention is Siku, who draws a very stylized Dredd in ‘When the El Breaks’, another comic highlight, with Dredd trudging up endless flights of stairs in pursuit of a suspect.

The longest story, ‘Beyond the Call of Duty’, is also, sadly, one of the weakest. With its combination of action and soap opera it’s clearly trying to recapture some of what made earlier Dredd epic ‘The Pit’ work so well. This time around we’ve got Judge Galen DeMarco appointed Sector Chief in the troubled Sector 303. However, the story never really comes to life, and the inclusion of a league of assassins doesn’t add much, as it’s a plot device we’ve had many times before. The soap opera element boils down to little more than DeMarco having a crush on Dredd, and it does nothing to justify this length. Carlos Ezquerra draws every page, and the art is the worst in the book. His Photshop colouring skills have since improved, but here the work is dark and muddy, to such an extent that it obscures Ezquerra’s undeniable storytelling skills.

The seven Megazine stories are all one-parters, though it’s a bit more of a mixed bag than the first half of the book. Highlights include the two John Burns stories, ‘Sleaze’ and ‘Stone Killer’, with Burns bringing his considerable talent to bear on gritty tales of judicial corruption and sex killers. The weakest story in this section is ‘Sex, Lies and Vidslugs’. This attempt to be scathing and insightful about politicians ends up unconvincing and heavy handed, and it’s not helped by Lee Sullivan’s artwork.

The final story, ‘A Death in the Family’, is another cracker, with great artwork from Sean Phillips that puts one in mind of Brendan McCarthy’s superb work on Dredd. The story is also very entertaining, with Dredd employing psychology rather than brute force, but still showing us all that he’s the hardest bastard around.

With the notable exception of ‘Beyond the Call of Duty’, this is a solid collection of mostly blackly comic and successful Judge Dredd shorts written by the undisputed master of the form. The matching of artists to stories is handled really well, and most of the artists do a great job. What more could you ask for?