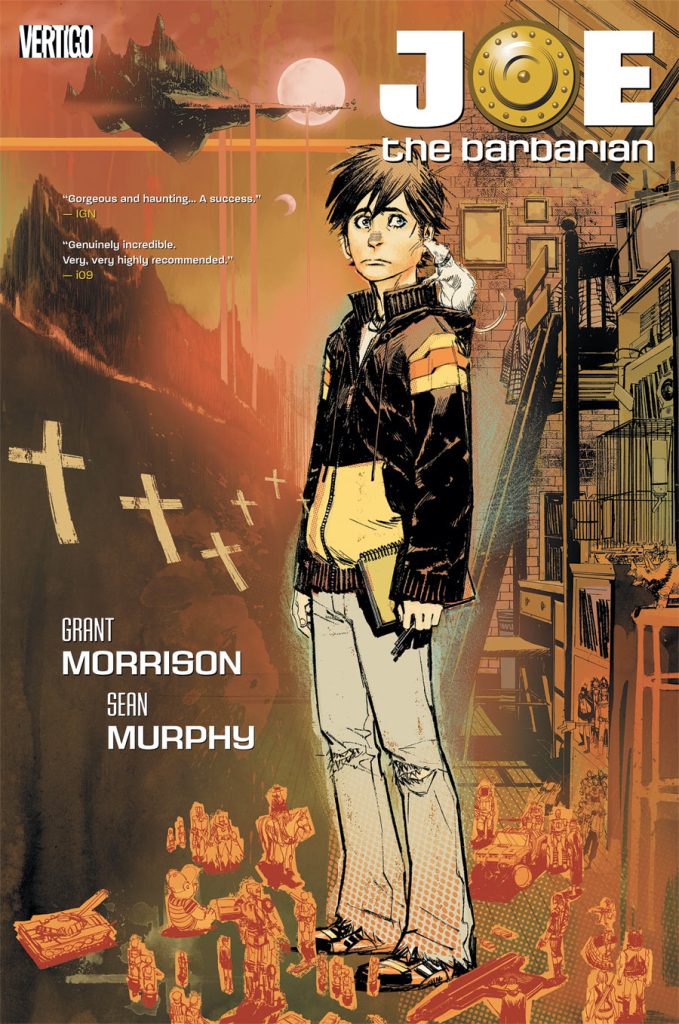 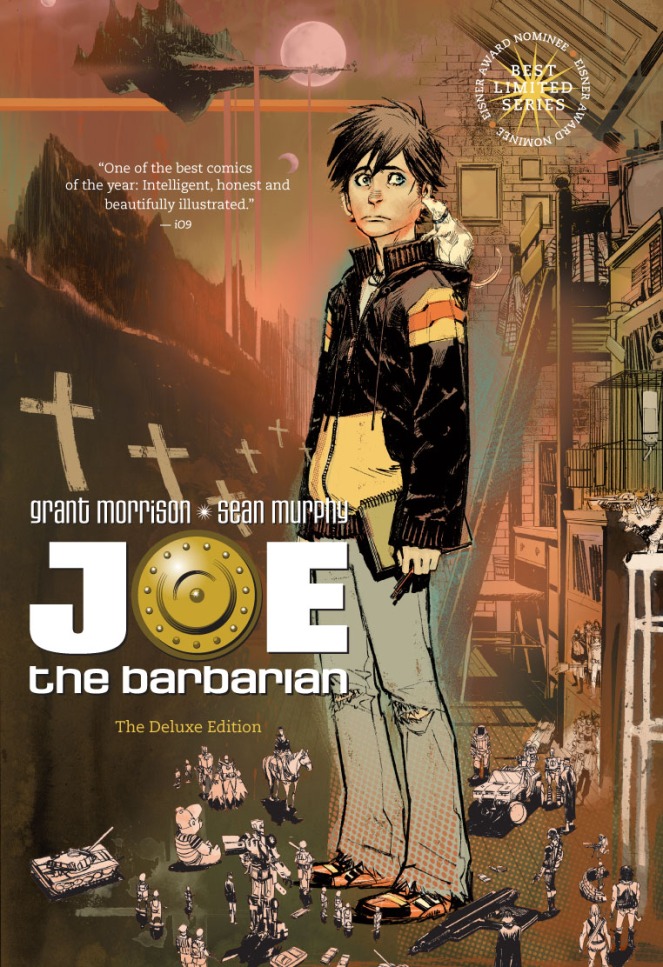 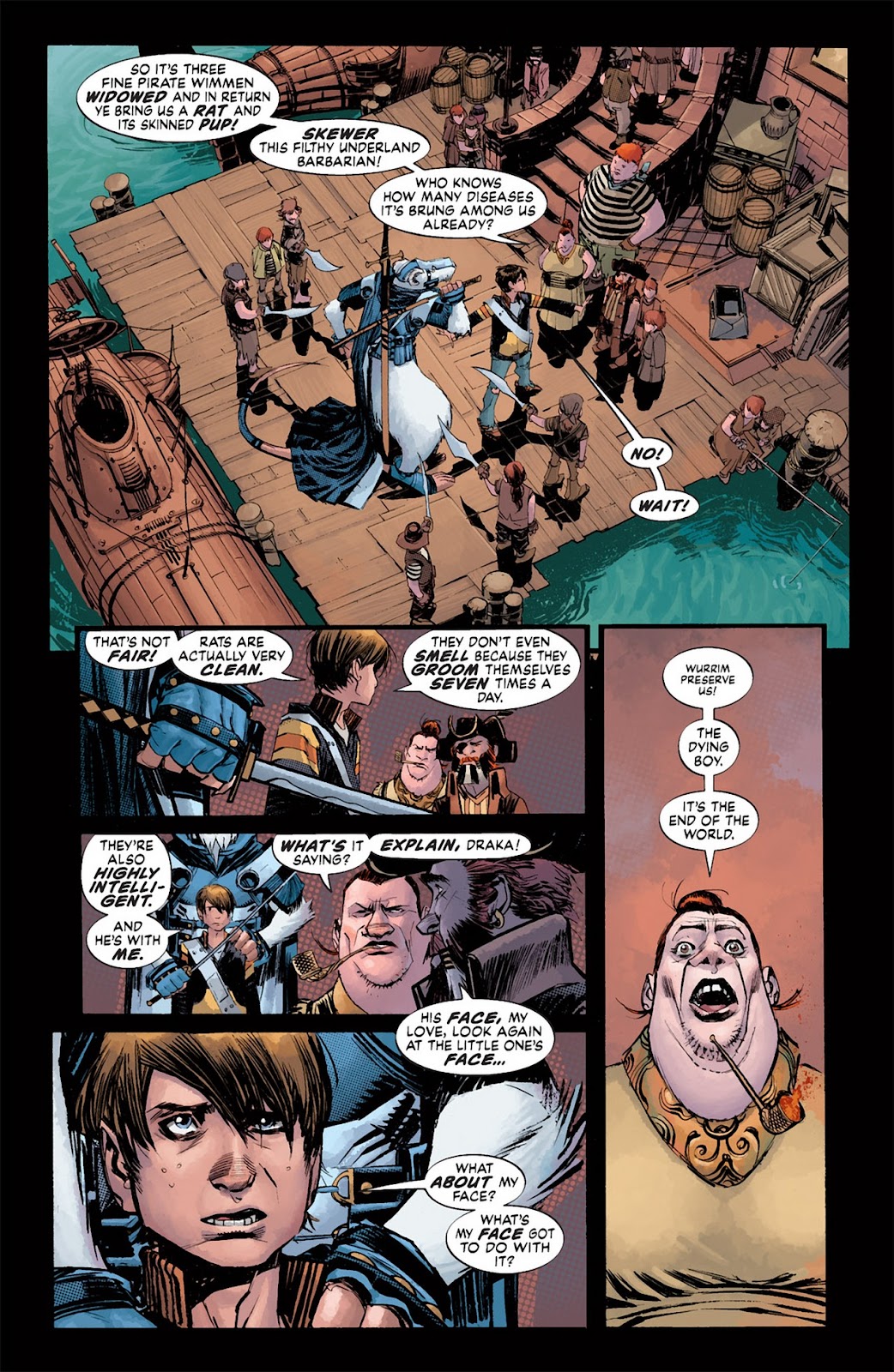 Joe the Barbarian is a disappointingly frustrating graphic novel. The starting point is a brilliant idea from Grant Morrison and once that’s attached to the exceptional art of Sean Murphy it’s easily seen how award nominations came their way. However, in order for that idea to have the full impact it requires playing out over an extended page count, and that’s where the problems manifest.

Joe is an ordinary thirteen year old, other than requiring insulin for his diabetes and having the tragedy of a father killed during military operations. His mother is struggling to keep their house and she’s away during a ferocious storm when Joe in his attic room realises too late he’s forgotten to take his insulin, and it’s having an effect. Impaired, he has to make his way down to the basement, which Morrison equates to an epic fantasy journey, except Joe is also transported to a fantasy kingdom where he matches the prophecy of the dying child who’ll save the place.

It needs to be acknowledged what a phenomenal amount of work both creators have put in on Joe the Barbarian. Murphy’s part is obvious on every amazingly detailed and characterised page and his imaginative fantasy designs, but Morrison’s contribution is equally dense. The conceit is that Joe’s epic journey through the Kingdom equates to the stages of his descent through the house, and so many small, clever touches echo this, reflected in the people he meets and the threats he faces. An extra layer of uncertainty is applied by the thought that everything Joe is experiencing is in his head, hallucinations engendered by his condition.

The problem is that for the plot to work the otherwise mundane journey downstairs has to take time, and that means the fantasy sections need to be equally long. One never knows with Morrison, so it could be their deliberately generic nature is meant to equate to Joe’s limited imagination. Or it could be they’re just not very inspiring, full stop. A parade of characters are introduced, few of them lasting more than the single chapter, and they tend to monopolise, shoving the continually uncertain Joe into the background.

A revelation in the final chapter blurs the line between fantasy and reality still further in what’s a coming of age story with a liberal dose of empowerment thrown in. It’s admirably ambitious and beautifully drawn, but it’s eventually okay, not great. Joe the Barbarian is available as both a standard trade and a slightly larger format hardback. 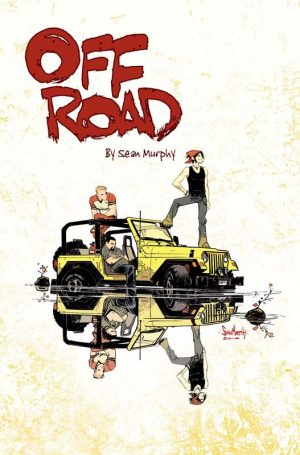