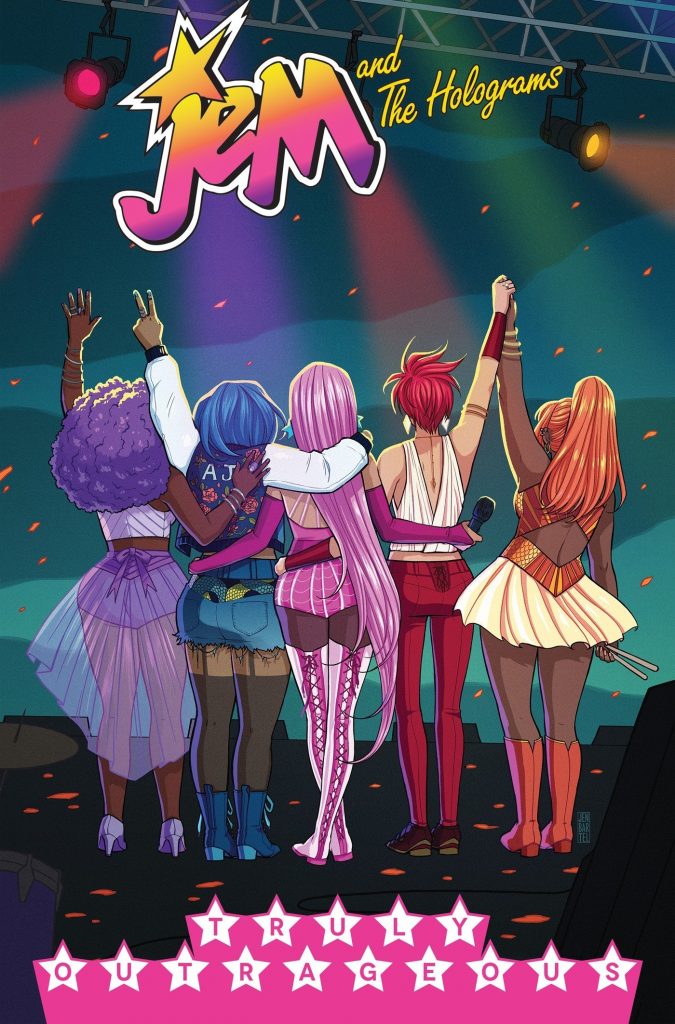 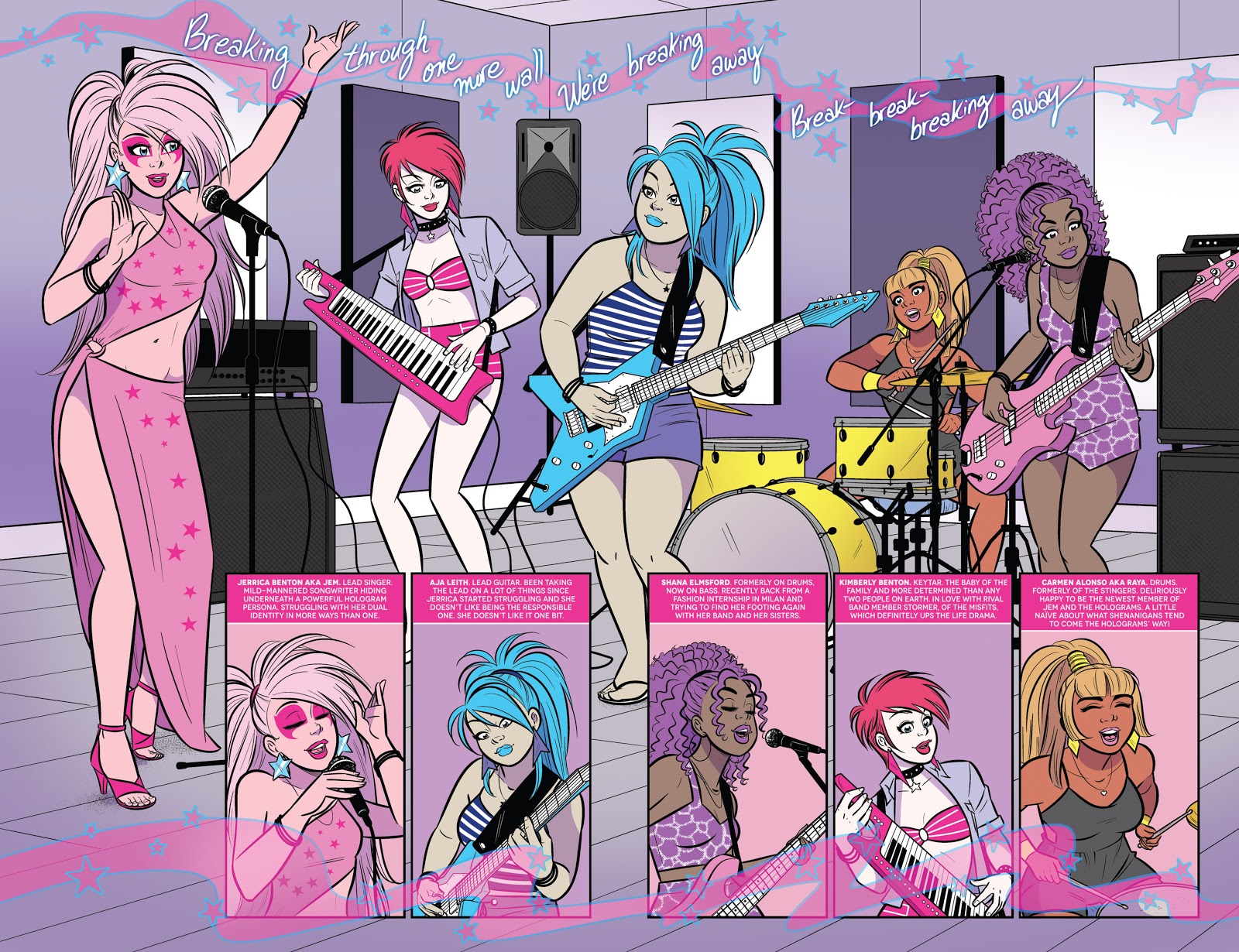 Thankfully, Truly Outrageous starts several rungs up the quality ladder from the previous Enter the Stingers by virtue of having an artist who can draw the cast roughly the way they looked before that collection. Even better, Gisele Lagace is tremendous, the only artist to date who’s come near to matching the work of Sophie Campbell. She draws the cast in that Josie and the Pussycats style with big eyes, and lashes sometimes to the side, and when she has the band in action they actually look as if they’re into playing the music, rather than just being posed. Also, more than any other artist on the series to date, she varies the body shapes of the cast, changing what’s already been established into more realistic differences in height and weight.

That last book ended with rather the dilemma, but Kelly Thompson’s decided she doesn’t want to take the obvious route with that plot, so neatly sidesteps it over the first pages, instead introducing a new plot of the Misfits’ Stormer being part of a reality TV show. That complicates the Holgrams’ life because she’s in a relationship with Kimber, and although she thinks she’s lost the TV crew following her around, she hasn’t, and Jerica has decided the time has come to reveal the truth to Rio. Thompson keeps the melodrama at a high setting, but infuses it with heartbreak, humour and danger.

In addition to the Holograms’ adventures in Hawaii, there’s a second story, ‘Exquisite Corpse’ in which assorted writers take turns on a story chapter, only knowing the vaguest plot outline and the final line of the chapter before theirs. In reality Thompson writes the whole story, but as if by different people, as a story left in a venue where the Holograms have booked a practice session. It’s a funny series of insights into the band over a variety of different genres, but doesn’t quite match the charm of the main story, nor the artistic quality. Regular series colourist M. Victoria Robado draws the strange Aja wrestling chapter, M. J. Barros, a very stylised Kimber solo, and Savanna Ganucheau comes closest to the regular series style, her contribution notable for individualising the faces of the cast far more than usual. It’s effective, but the best of these artists is Katarzyna Witerscheim, whose figures have a delicate looseness, although she’s not keen on any backgrounds.

This is the final volume of the regular Jem and the Holograms series, but there are associated books available, including one spotlighting The Misfits, Dimensions, where other creators try their hand at writing the feature, and Infinite.