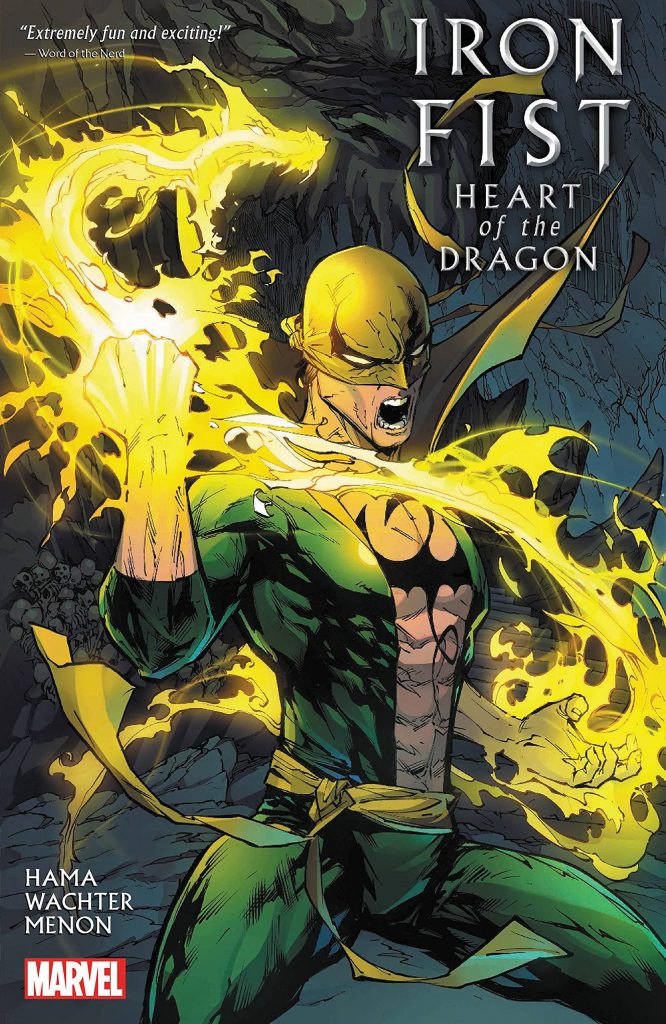 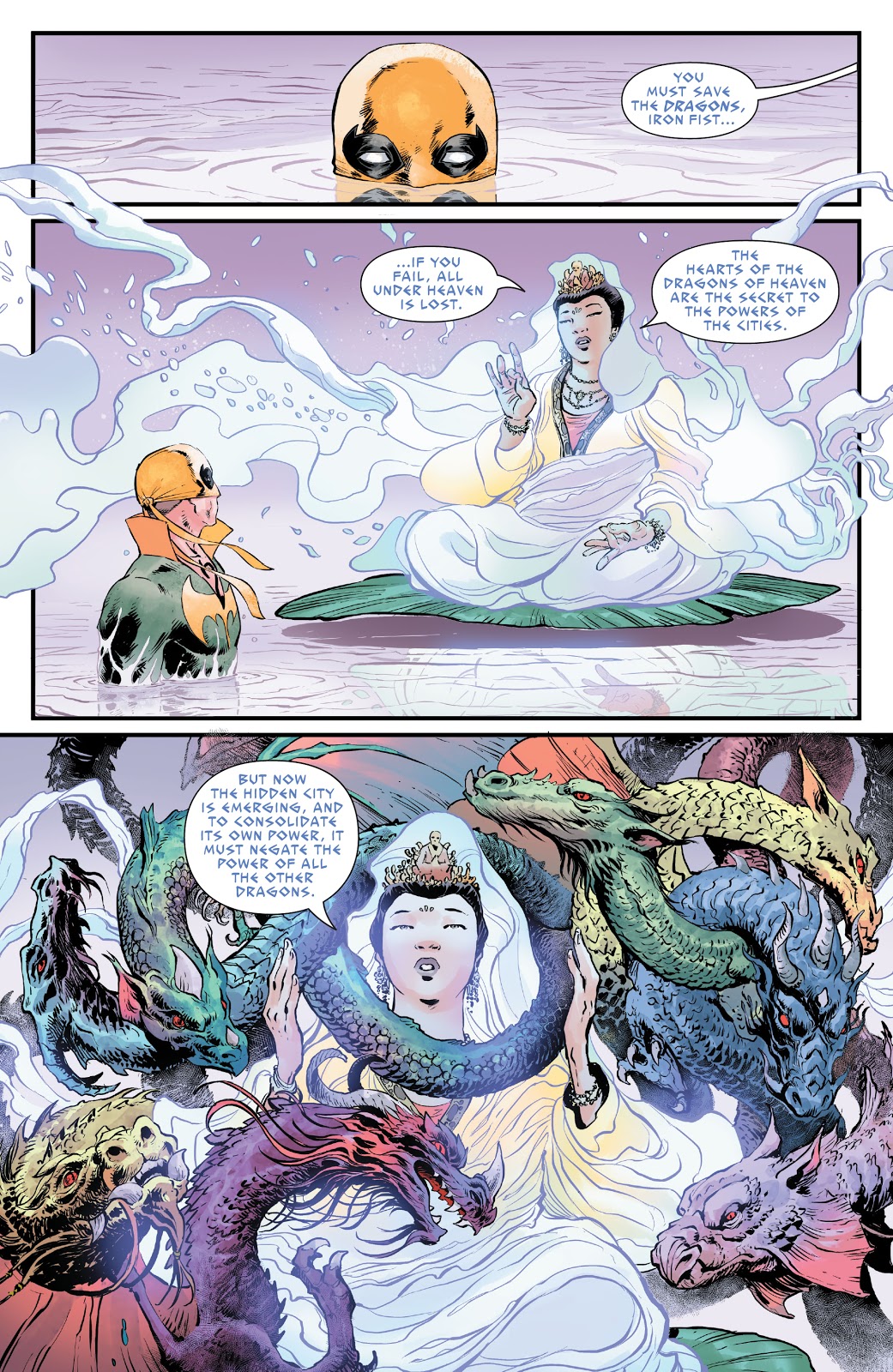 Heart of the Dragon is controversial and likely to polarise the audience. Some will believe it a long-overdue re-alignment, while others will see it as tinkering for tinkerings sake. Whatever the view, Larry Hama’s starting premise is weak.

The terrifying dragon in K’un Lun has features throughout Iron Fist’s history, and when other mystical realms were introduced to Iron Fist’s continuity they also featured dragons. The most adept martial artists have respect for the dragons, and Iron Fist had to experience a great ordeal to earn his power by killing a dragon. It seems the next generation of dragons are deficient, as Hama begins with the likes of Lady Bullseye and Taskmaster just transporting themselves through the dimensions and stealing dragon hearts. Anyone who’s never read an Iron Fist story might be pleased enough with that plot, but anyone who has read earlier outings will be unconvinced by Hama’s opening thrust.

Hama’s continuity picks up after Immortal Iron Fist, with the young Pei and maverick technician Fooh part of the cast, along with several other known faces. Not having made the best start with the foundation of his plot, Hama actually does deliver some magic. “You are the immortal Iron Fist”, Danny is told, “and this is your mandate, your duty and your destiny”. Heart of the Dragon lives up to those portentous words, growing to involve many areas of Marvel’s Earth, and while not highlighted, it’s pleasing to note Iron Fist as the only white hero in the entire cast.

Dave Wachter is a new name to Marvel readers, but Teenage Mutant Ninja Turtles fans will know of his attention to detail, and it’s a small step from that to the undead ninjas proving so problematical here. His figures are loose, but well defined and elements requiring detail, like Fooh’s inventions, are given it. A well honed design sense occasionally surprises with use of space, often to give a sense of scale showing the difference in size of humans and dragons. Colourist Neeraj Menon brings out the beauty of the art with a unique use of pale blue and purple for other-worldly locations. It is noticeable, though, that by the final chapter Wachter is no longer as lavish with the detail.

Attention is spread over a large cast, so much so that Iron Fist is sometimes merely a bit player, but during the energy rush that’s not a great problem. However, Hama continues to prioritise one character in preference to Iron Fist, and by the end, although much has been rectified, there’s been a considerable change, and it won’t be to all tastes. It’s also rapid, seemingly arbitrary and opens up a whole can of worms about cultural appropriation. When Roy Thomas created Iron First in 1974, that wasn’t a consideration, but in a more enlightened world there’s the point that if a hero is using faked Chinese mythology as a basis for super powers, perhaps that hero shouldn’t be a white guy. Weighing against that is Danny Rand having been Iron Fist since the 1970s. Both arguments are valid, and there’s no possible way for the results to please everyone.