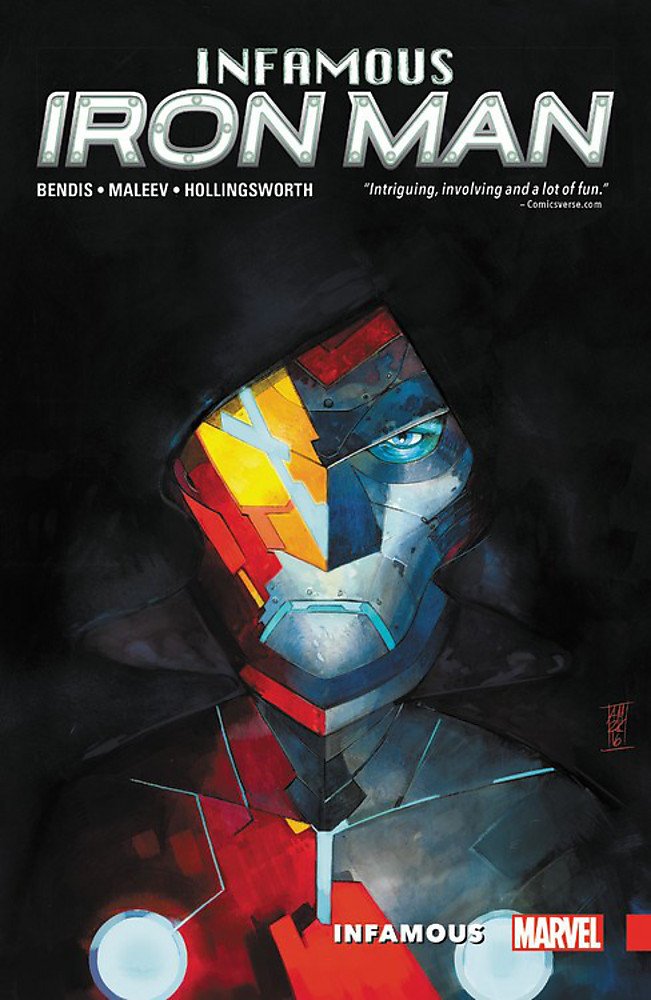 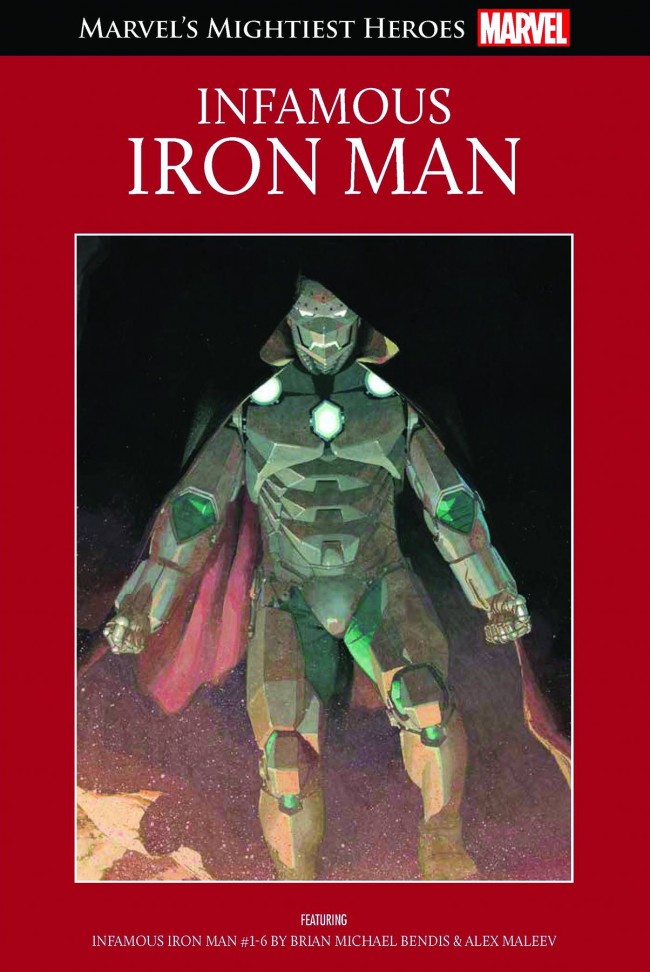 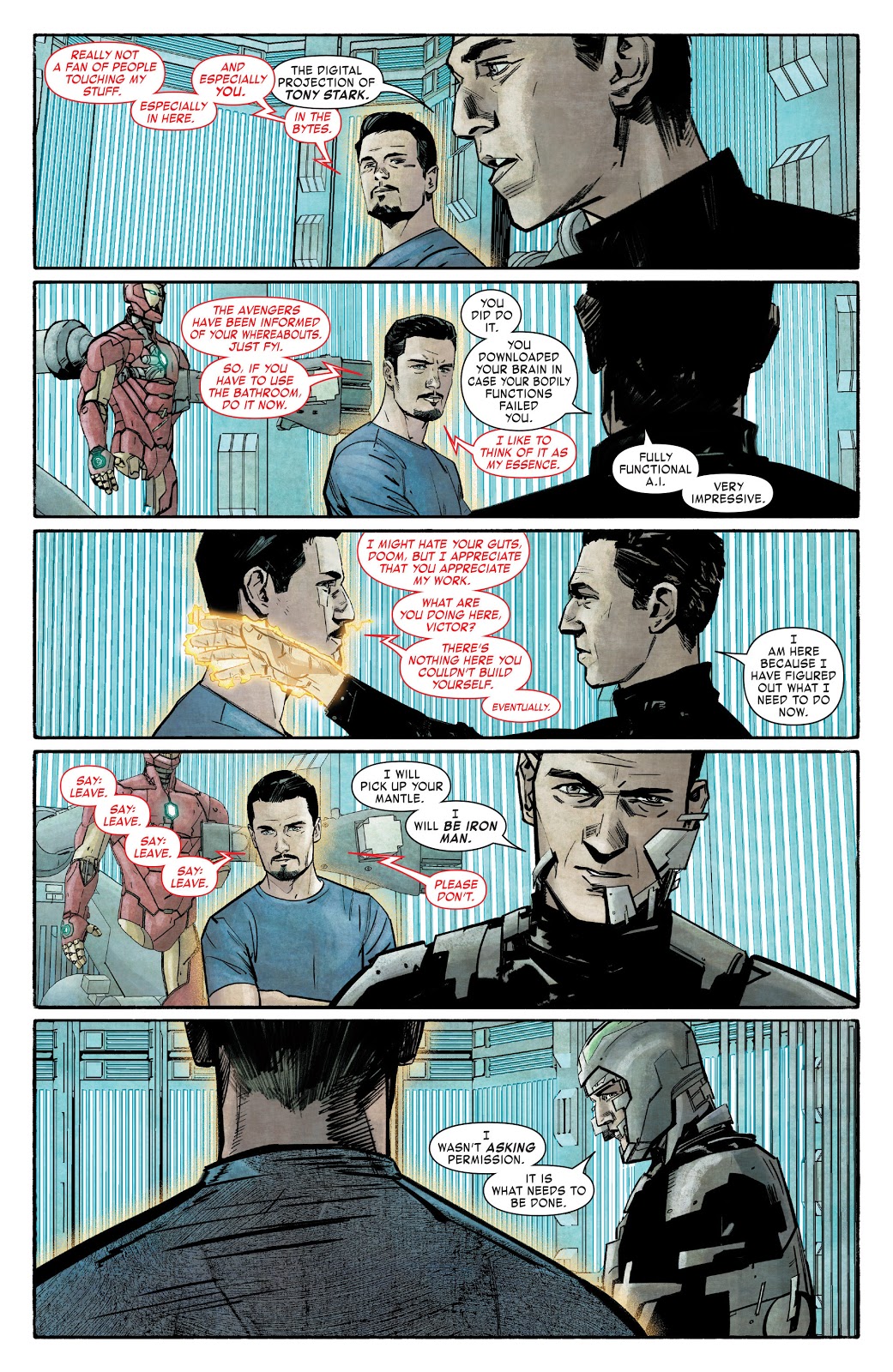 Once renowned dictator, master of arrogance and technological genius Victor von Doom underwent a spiritual transformation during Secret Wars, and since then, without disclosing his reasons he’s been helping Tony Stark. Since Civil War II things have changed and Stark is believed dead, so Doom is now open about being a reformed man attempting to make restitution for his past. To this end it makes perfect sense to him that he replace Stark as Iron Man. The decision to do it wearing a green hood and cloak around the armour may suggest the person within, but is more questionable.

What with S.H.I.E.L.D. on his tail and a couple of other matters, Doom doesn’t indulge in much conventional superhero action, but Brian Michael Bendis creates enough in the way of alternative concerns. A few familiar Marvel villains are dealt with in cursory fashion, now so far below Doom’s power scale that a few pages each disposes of them, along with warnings to work for mankind’s benefit. Key to matters is that as well as being a man of science, Doom is also an experienced self-taught sorcerer, a matter cleverly introduced as Infamous begins, Bendis providing a cameo for the Hood, long a favourite villain of his.

Midway through this book there’s a great spread by Alex Maleev of Doom as he was when he controlled the universe, reproduced in black and white, and with captioned dialogue running down the side. It’s an interesting reminder in these days of full process computer colour how effective monochrome can be. Elsewhere Matt Hollingsworth uses the dark palette that’s almost a signature component of Maleev’s gritty art, the digital equivalent of black ink saturating his pages.

Infamous is a leisurely introduction to a story complete in two volumes, continuing with The Absolution of Doom. The device of him being Iron Man is interesting, but almost irrelevant because Doom follows his own path, and even seeking redemption he has his own motivations. It leaves Infamous as an intriguing character study that does more than enough to warrant continued reading.