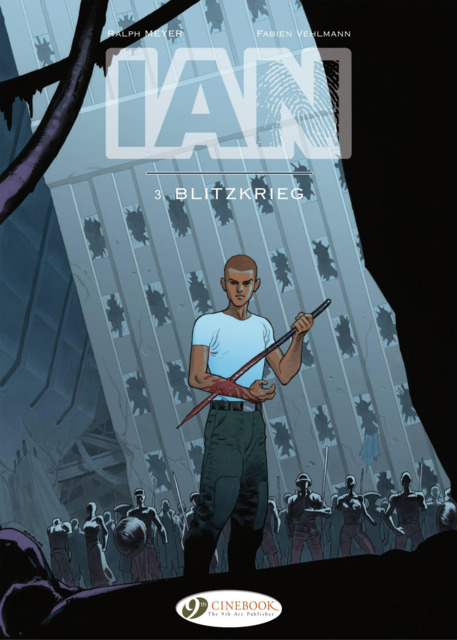 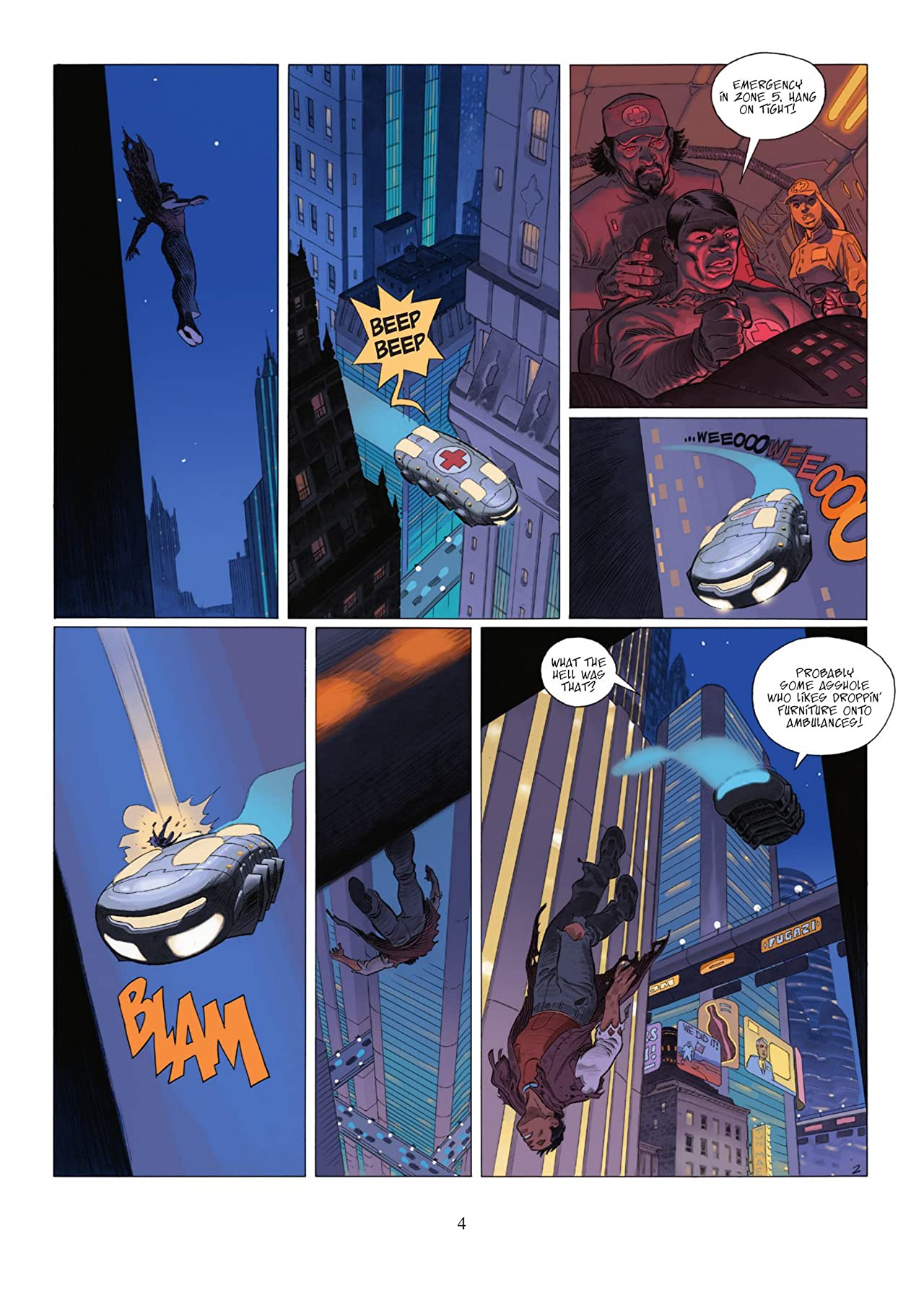 Blitzkrieg, the penultimate book in this four-part series, continues android Ian’s Pinocchio-like journey to become more human. If we were in any doubt about his ability to have real feelings, the opening pages makes it abundantly clear that he has, as a guilt-ridden Ian attempts suicide. Needless to say, we wouldn’t have much of a book if he succeeded. He doesn’t, and is instead rescued by some colourful poor folk.

Meanwhile, the Pentagon is busily trying to track him down. The reasons provide disclosures about the  right-wing government and whether or not they were responsible for releasing the robots that killed over a thousand rioting civilians (see previous book, Lessons of Darkness), and about Ian’s capabilities.

This highlights one of the very real issues with modern technology: the danger of too much connectivity, a frighteningly prescient glimpse into the future from Vehlmann in 2006 given our world regularly throws up stories of election tampering and the like. It was revealed just recently that Russians, upset at being exposed for cheating, hacked the wi-fi at an Olympic opening event so that ticket holders (most of whom held their tickets on their phones) couldn’t access the stadium.

Anyway, back to our story. The government set a trap for Ian, and we’re introduced to his nemesis, a supremely intelligent human who uses gene therapy and pharmacological tools as weapons to enhance his abilities. He’s obviously a genetic version of Ian, and this ties in neatly with the main issue of humans losing their jobs to AI and robots.

At the end Ian has a dramatic and exciting run-in with the President. Our story seems to be wrapping itself up neatly when, suddenly and wouldn’t you know it, the shit hits the fan in the closing pages. This takes us neatly on to the conclusion in Metanoia, and Fabien Vehlmann will have left all readers very keen to see where it all goes.

Even though Ian has taken a fair few twists and turns, the story is easy to follow. Vehlmann continues to raise all sorts of interesting questions while telling an entertaining tale, and Ralph Meyer’s artwork is a treat. It’s rarely flashy, but always very well executed. UK readers will find Ian reminiscent of 2000 AD or Starblazer, DC Thomson’s digest-sized sci-fi comic. That’s largely because it’s much more European in tone than American. If nothing else, that alone makes for a refreshing change from most mainstream graphic novels.