I, René Tardi, Prisoner of Stalag IIB: My Return Home 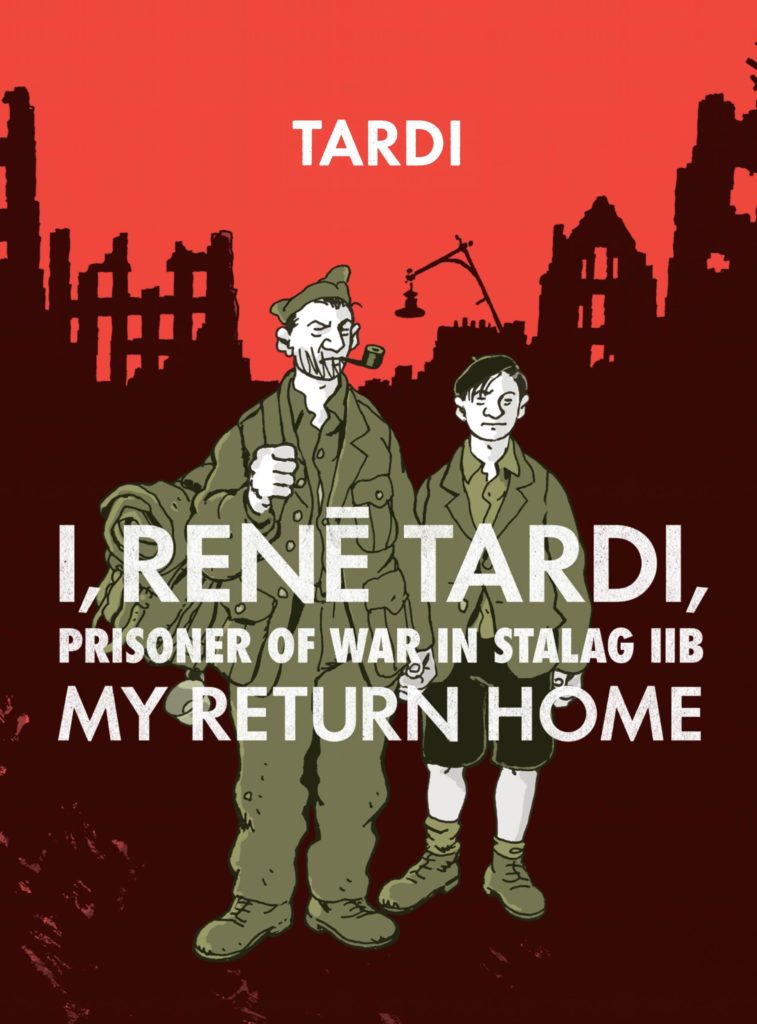 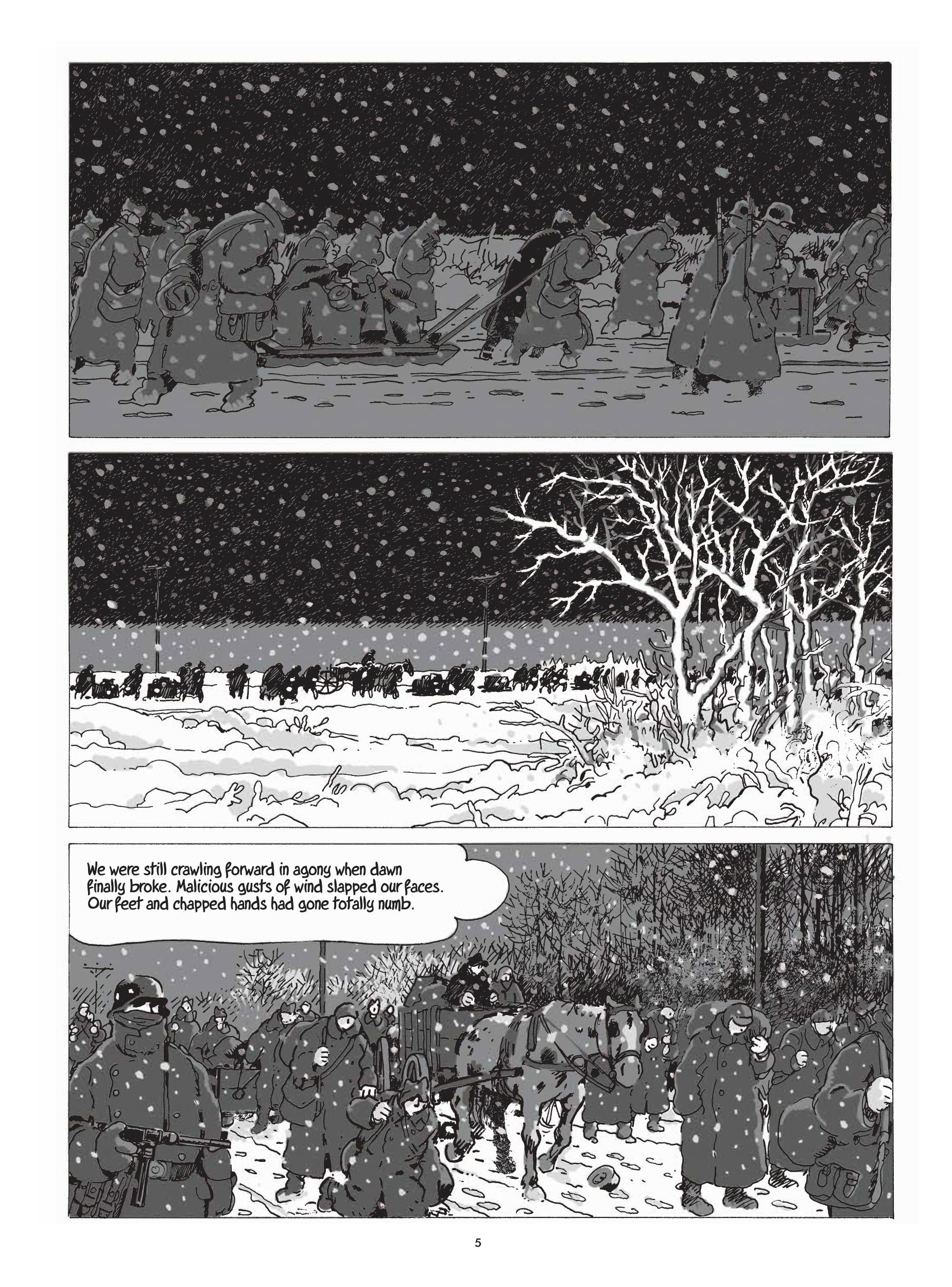 When World War II began René Tardi volunteered to defend his country, but the Frenchman instead was largely restricted to a German prison camp in Poland. His son Jacques adapted his personal memoir as a graphic novel, the first volume ending with René’s captors evacuating the camp in January 1945 as the Russians marched West, which is where this volume picks up. The prisoners are forced by their guards to march day and night in temperatures of -30 degrees, possibly as potential hostages and negotiating chips should the Russians catch up.

My Return Home reads fine as an individual volume, the horrors transmitting with no knowledge of previous experiences, but what might puzzle anyone who hasn’t read the first volume is the intrusion of the young Jacques. He inserts himself as the questioning child to speculate about gaps and inconsistencies in his father’s notes. Some of René’s experiences are supplemented by explanations of events elsewhere, which he learned from the books about World War II that became his lifetime reading. The dehumanised precision of the SS Einsatzgruppe death squads are discussed, as is the allied bombing of Dresden, which occurred as René marched West, and the terrible Russian retribution on German civilians.

Tardi almost subverts the bleak horror of his father’s experience via his own technical virtuosity. Every single panel is a work of beauty, which is all the more remarkable for so many of them featuring essentially the same scene of bedraggled and demoralised prisoners and guards on an endless march in the snow through devastated countryside. The precision of the architecture as René trudges across Poland and Germany is picture postcard perfection, and the people Breugelesque life and squalor in what’s simultaneously disciplined and evocative. The closing pages see the addition of minimal colour to great effect.

A considerable number of pages are devoted to an imaginary conversation between father and son, the latter taking readers through the final days of the Third Reich as the marchers trudge around in circles. Although it may have seemed wretched at the time, the route taken meant René and his fellow marchers avoided areas of conflict, and this may have preserved the lives of most. The explanations provided in this section approach the tone of a lecture, with the occasional coarse comment the only break, and the historical notes draw attention away from René’s personal experiences. It’s an awkward choice. The chaos of the war ending results in many minor horrors, Jacques appalled by what his father witnessed and the one act of revenge he participated in, the quality of mercy considerably strained. From a distance it’s easy to judge, but how would any of our principles endure after four years of brutal captivity?

Background notes and accompanying essays round off what the prolonged exposition makes a slightly weaker companion volume to the first, while still being an evocative and beautifully drawn graphic novel. As before, the oversized presentation offers increased appreciation of Tardi’s artistic mastery. 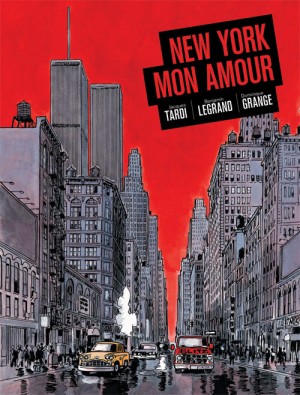