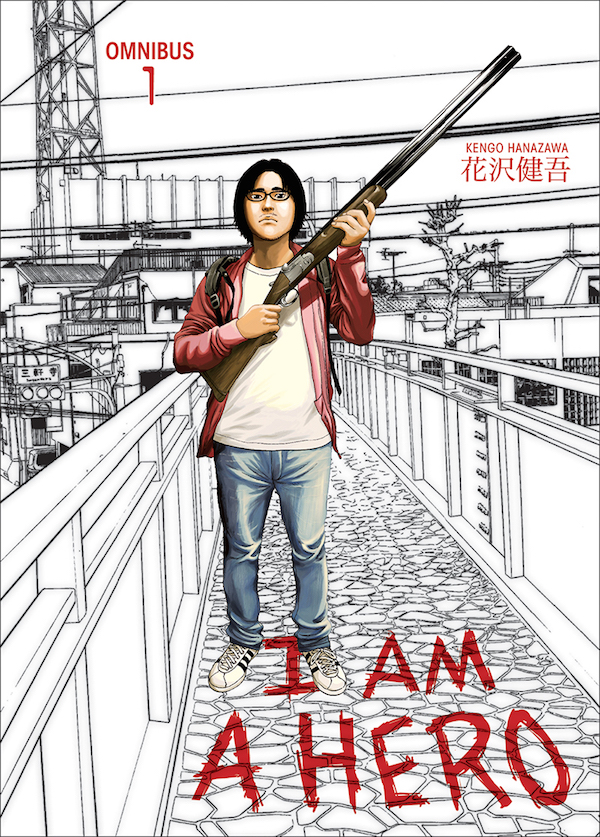 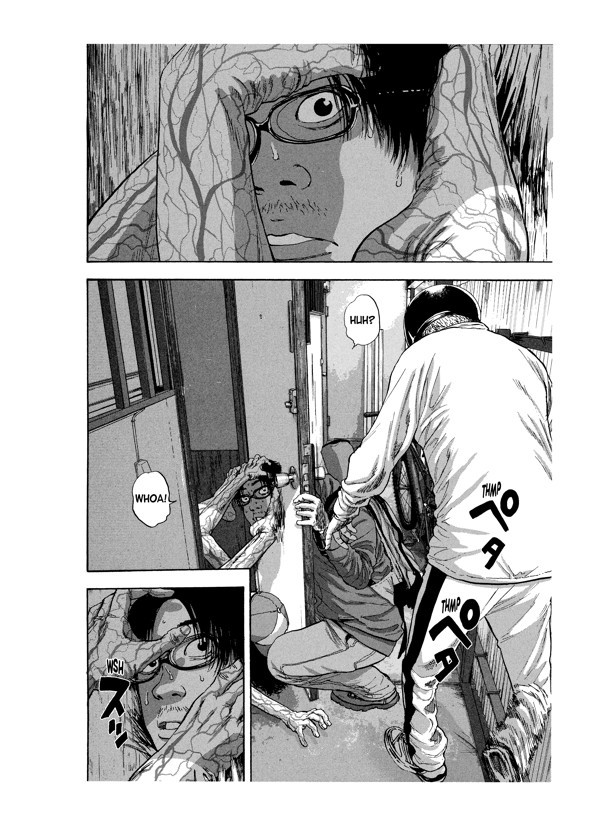 This value for money collection combines two Japanese volumes of a series that’s run to 21 and counting. Despite the title, Hideo Suzuki is a most unlikely hero. Paranoid, insecure, prone to hallucinations and talking to himself, and with obsessive/compulsive routines, he works as a studio assistant for a manga artist. He previously had his own work published, but his proposals are now being fobbed off, and the phrase he repeats as part of his imaginary life forms the title.

Kengo Hanazawa’s artwork is terrific, managing a detailed realism that avoids a lack of motion, and was instrumental in I Am A Hero winning a Shogukukan award in 2013, but his storytelling is amazingly time consuming and detailed, and yet unnecessarily so. The opening sequence is Hideo opening the many locks guarding his flat, and dancing in front of the mirror after he’s entered. This occupies ten pages when what’s necessary could have been imparted relatively leisurely in roughly a third of that amount. A similarly languid attitude applies to much of the first half, meaning a total of 464 pages could have been trimmed by over fifty percent if all superfluous content had been excised. Do we really need to see every step taken when someone walks across a room?

It’s necessary to show Hideo’s interaction with his similarly damaged girlfriend, and his depressing work life, but not at such excruciating length. This book begins what on the cover is referred to as the greatest zombie manga ever, yet there’s only a single panel showing a zombie in the first half, and instead the content is dull and repetitive.

However, when we arrive at what was originally the second Japanese volume there’s our first real zombie action, and the design behind the decompressed storytelling becomes more obvious. This material has a cinematic terror to it, and benefits from the time taken to extend a scene. When he first encounters a zombie, Hideo believes it’s just another hallucination, and acts accordingly. We now know him, and, crucially, it’s been established that he’s one of the few people in the city with a shotgun permit. This is just as well, as the zombie apocalypse has well and truly arrived. Hideo is able to avoid or fob off most half-hearted zombie attacks, and this is humorously counterpointed by the studio calling and wanting to know where he is as they’ve pulled an all-nighter and need to meet a deadline.

Satirical content focuses almost exclusively on manga creation, and the appalling conditions endured by studio assistants to meet impossible deadlines, and the lack of social niceties this engenders. Hanazawa is presumably getting something off his chest. Let’s hope his own assistants are treated better than those he depicts.

By the end of the book Hideo and the frustrated studio second in command Mitani, equally fractured in a different manner, have accepted what’s going on, and Mitani is revelling in the violence. His hope is that the women reporters he watches on TV will have survived, and he’s involved in a spectacular scene to close the penultimate chapter.

I Am A Hero takes far too long with its establishing material, but stick with it, because if the second half of this book is a representative sample it more than lives up to the cover quote.