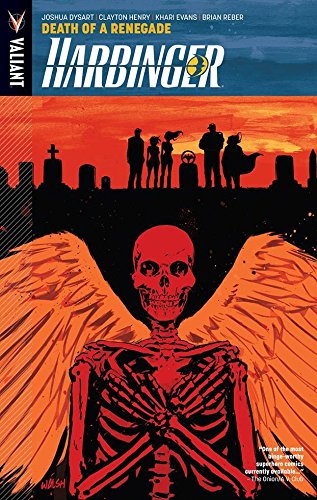 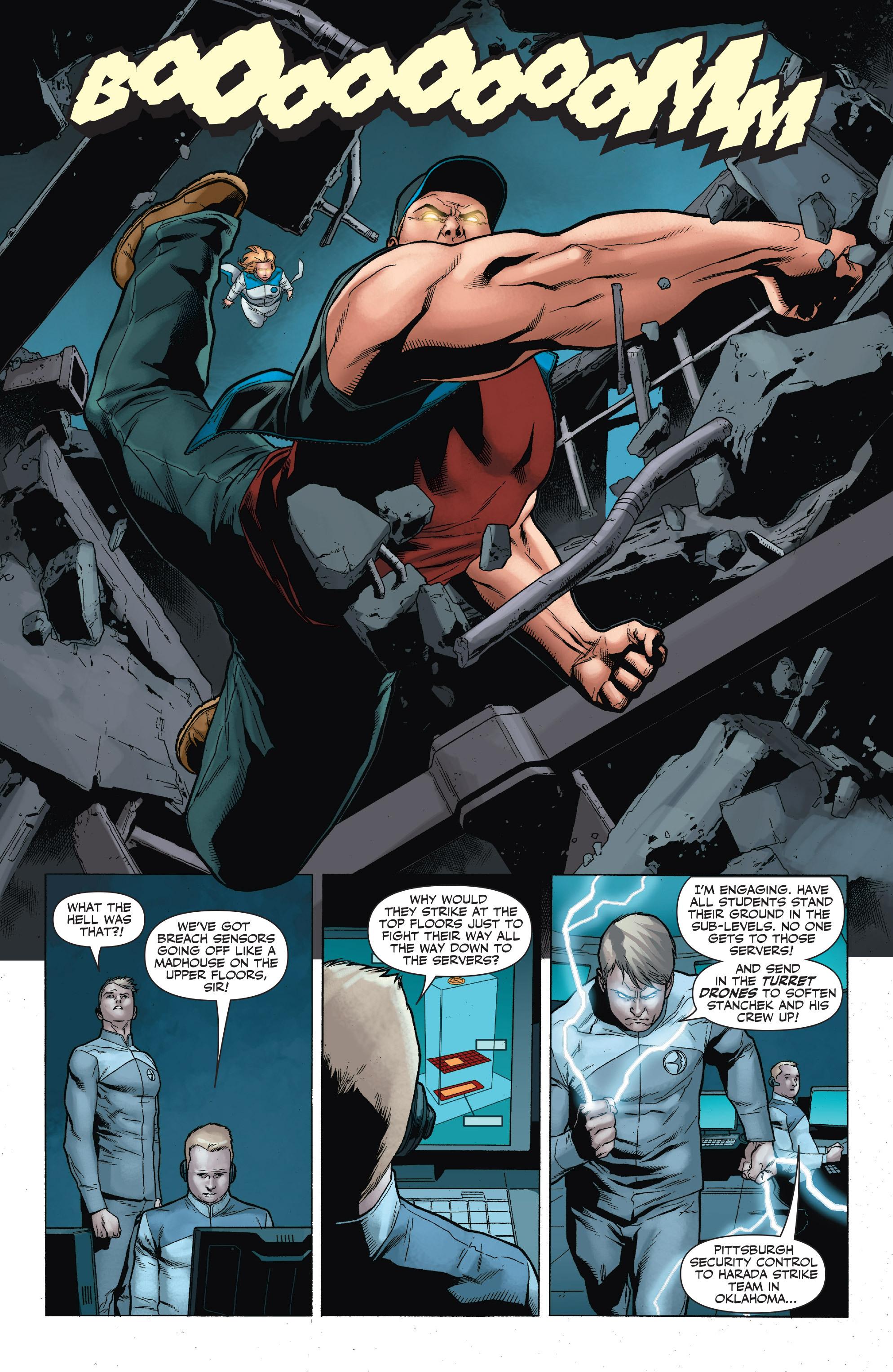 Joshua Dysart constructed Perfect Day as a puzzle to the halfway point, thereafter leading to a conclusion that appeared to have sidelined Toyo Harada’s activities by the end. It’s a bold opening statement, therefore to have the opening scene consist of Harada in effect announcing that nations are in effect obsolete, no-one is able to stop him, and he’ll be controlling humanity’s destiny from now on. It begins with the caption stating “Soon”.

Harada is in better condition than might be expected, but the same can’t be said for his organisation, especially since someone’s hacked his files and leaked all sorts of potentially damaging documents online. The person responsible calls himself @x, and it’s not long before he hooks up with Peter Stanchek and the other renegades.

Death of a Renegade is predominantly a writer’s story. You’ll gasp at the audacity in places, and because it’s such an exciting ride you’ll flip the pages without realising what a great job artists Clatyon Henry (sample art), then Khari Evans have done. There’s not a moment without clarity, the strong emotional set pieces work as they should, and the action is widescreen.

The opening with Harada is a clever trick. The attention switches away from him, but it invests the remaining story with a constant tension. That’s doubled by the volume’s title advertising that great battles have a great cost, and Dysart plays that element very well, increasing the tension via toying with genre cliches. What is it that happens in stories when someone comes out with a line like “I finally feel like I have a home here, and someone to share a bed with. And I’m worried that things never seem to go as planned.”?

It’s dressed up as a series about superheroes, but Harbinger is a series about monsters. There are very few characters with strong roles to whom that doesn’t apply, and while Dysart’s clever personality construction evokes sympathy for some and engenders hate for others, this is no glib assessment. By the time Death of a Renegade ends, almost every character has been stripped back and forced to be honest about themselves, what they feel and don’t feel, and how they’ve impacted on others. It’s a harrowing and unexpected read in a finale that’s surely all everyone who’s followed the series from the start could hope for.

The final content is assorted other creators in effect raking over the coals of what’s been presented over the previous four books, and while there are some nice touches here and there, none of it is essential. The best is by Vivek Tiwary and Lewis LaRosa as two other characters discuss Stanchek, enlivened by the doubt cast by the ending to it. The reminder is either trivial, extended too far, or not well drawn, with Justin Jordan and Rafer Roberts ticking all three boxes.

Dysart ends with quite the chilling scenario, almost as promised by his opening, and the Harbinger saga continues under his watch in Omegas. Both that and this content are also included in the oversized hardback Harbinger Deluxe Edition 2.