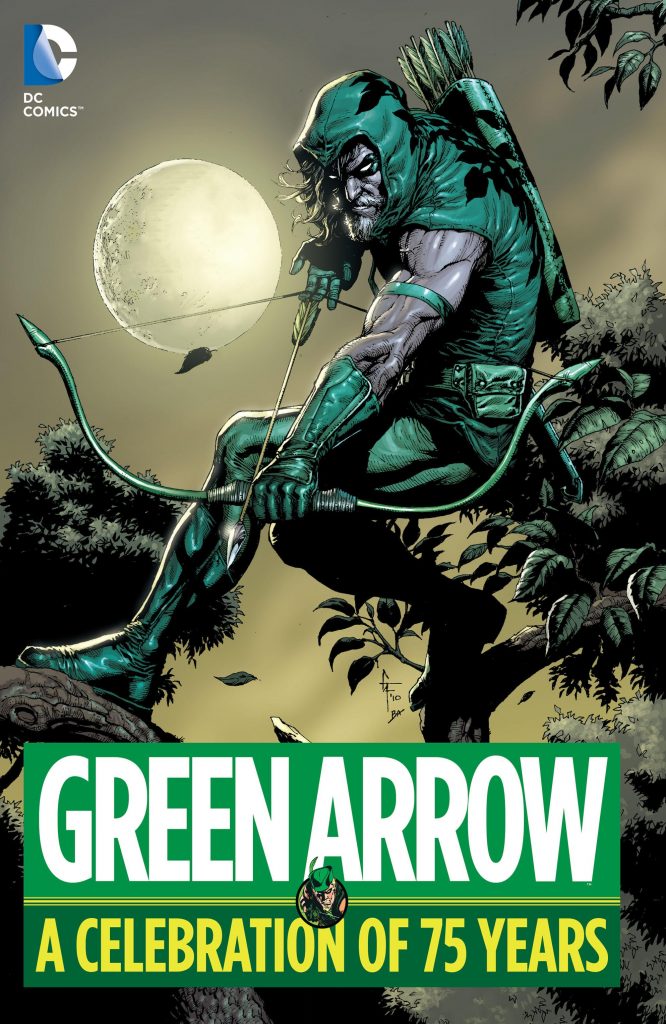 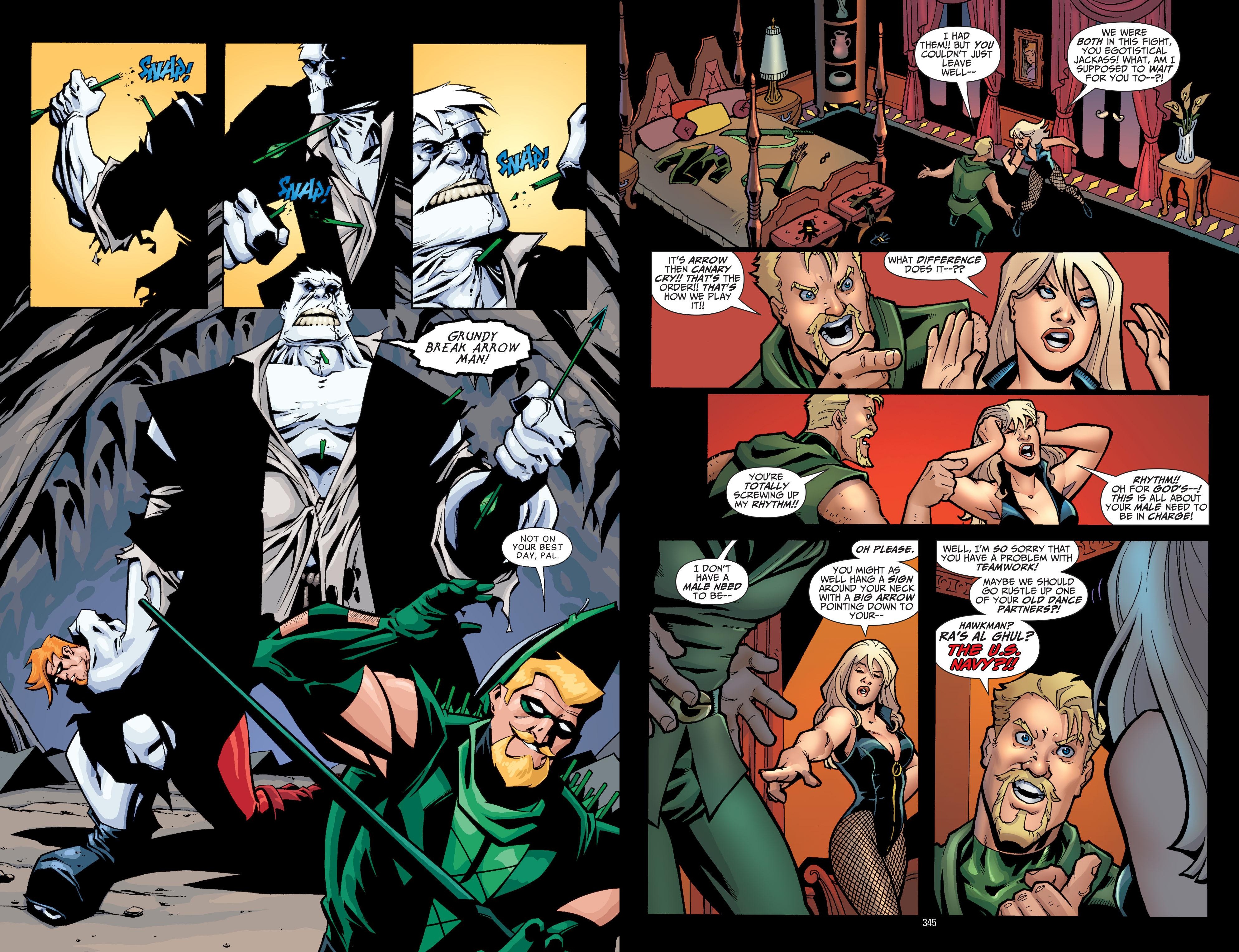 Many of DC’s Celebration of 75 Years anthologies meet the premise by including a lot of seriously dated material that can really only be viewed as of historical interest. Green Arrow doesn’t entirely circumvent this, but while DC don’t highlight that he wasn’t very popular for much of the 75 years, over the half the content is post 1980. 1941-1969 is briskly whisked through over 74 pages. While no masterpiece, the best is six pages of Ed Herron and Jack Kirby explaining how Oliver Queen became Green Arrow, although Mike Sekowsky’s art on Green Arrow being inducted into the Justice League is wonderfully eccentric.

In 1969 Green Arrow lost his fortune and was reinvented as a bearded hipster taking the role of DC’s social conscience. The graphic design of Neal Adams’ art still looks great, but Denny O’Neil’s striving to be contemporary dialogue doesn’t hold up anywhere near as well. It’s slightly improved for a 1976 SF themed teaming with Green Lantern, with artist Mike Grell attempting to imitate Adams, but not pulling it off. However, it was Grell’s work as a writer from 1987 that finally cemented Green Arrow as a headliner and a well written thriller drawn by Dan Jurgens in 1989 represents that era, although it suffers from being a single chapter being excerpted from a longer story. At least it’s the conclusion.

1986’s ‘Night Olympics’ isn’t an Alan Moore highlight, although Klaus Janson’s Frank Miller influenced art is nice. Black Canary playing peacekeeper between Batman and Green Arrow’s different approaches is unmemorable despite Doug Moench and Gene Colan. Chuck Dixon celebrates Green Arrow’s 100th issue by killing him. Insult being added to injury via Superman turning up with a mullet, although Jim Aparo’s art is nice. Still, it does permit Kevin Smith and Phil Hester’s nice tale of Green Arrow’s return in 2001, with the joke being he’s unaware he’s supposed to be dead.

Brad Meltzer and Hester (sample art left) have Green Arrow seriously outmatched by the power of Solomon Grundy in one of those twenty pages of battering tales followed by a last gasp ending, but Andy Diggle and Jock’s following story is better. It’s excerpted from their generally very good Green Arrow Year One, an extended chapter on rich boy Oliver Queen coming to terms with being stranded on a desert island and having to fend for himself. Jock’s dynamism with figures is fantastic, and he creates a good atmosphere. Both are excerpted from longer stories, but work fine in isolation, and working just fine on its own is Judd Winick’s tale of the time leading up to Green Arrow and Black Canary’s wedding, and the wedding itself. Amanda Conner’s art (sample right) is wonderfully expressive.

In 2011 DC discarded their old continuity to reintroduce all their superheroes from scratch, which accounts for Geoff Johns and Carlos d’Anda version of Green Arrow shut out from the Justice League, yet proving why he’d be an asset. It reflects the 1961 Gardner Fox and Sekowsky Justice League story. Jeff Lemire and Andrea Sorrentino’s exemplary run on Green Arrow is a complete contrast to bright superheroics, but very good, exemplifying how Oliver Queen fits either mood.

Taken only on the basis of a curated collection A Celebration of 75 Years is a gold star hitting of all the right spots, but as a selection of stories, as might be expected, much has dated and it’s really only the 21st century material not having that feeling. That still accounts for just over a third of the book, so whether historian of just curious, this collection won’t let you down. 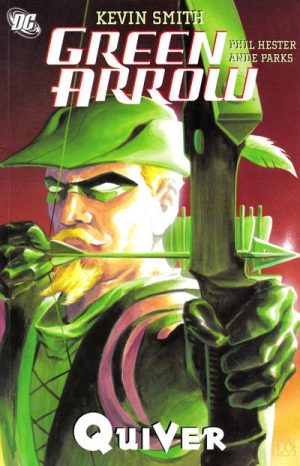