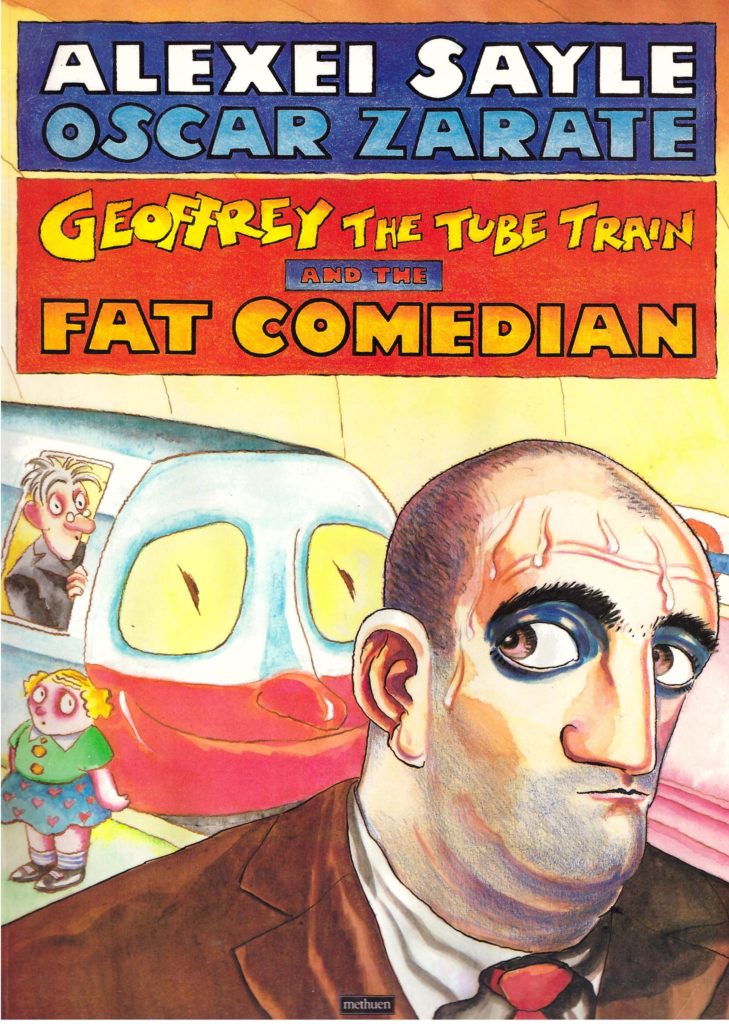 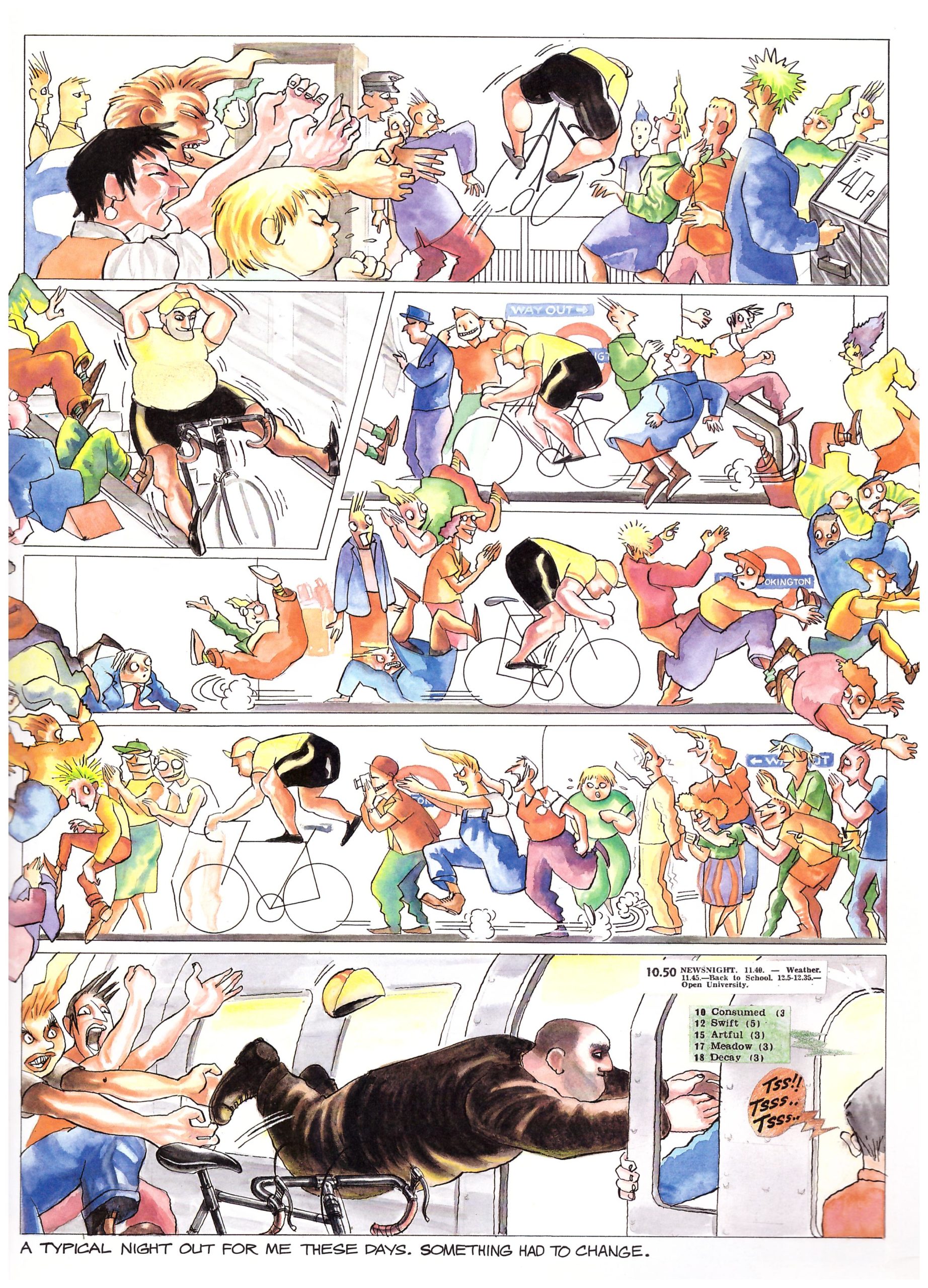 In the 21st century graphic novels written by celebrities haven’t exactly become commonplace, but neither are they particularly unusual. In 1987 it was a different matter entirely when Methuen commissioned surrealist comedian Alexei Sayle to write a graphic novel, pairing him with Argentinian artist Oscar Zarate, then a London resident.

The title plays on the much loved series of children’s books about Thomas the Tank Engine, which feature the Fat Controller. While hardly obese, Sayle made reference to being overweight in his act, possibly an early method of pre-empting hecklers. He treats the graphic novel as an extended routine, as if a stage monologue, but one that satirises his career and the options it provides, his fellow comedians, the expectations of an audience and social policies in London. As such it’s funny in places, sometimes very funny, but jokes about the five stages of a comedian’s career trajectory in quotes don’t provide an instant visual beyond the talking heads Zarate attempts to avoid. It leads to a strange creative dynamic, with the creators pulling against each other rather than working in harmony. Sayle isn’t supplying a script that translates well visually, and Zarate realises that picking the bones for what could be comics will be extremely dull fare. The exception is the children’s book pastiche pages where illustration and captions mimic the Reverend Awdry’s work, and while it’s like rolling off a log for Zarate, at least it’s collaboration that works.

Left to his own devices, Zarate fills his panels with comedic detail, and if only glancing, they’re bright and the style and mood are efficiently varied. They’re also often crowded in order to express the hectic life portrayed, but if you don’t pick up on that they come across as cluttered, and they have little depth definition. Others are illustrations rather than portions of a story.

Fans of Sayle’s work who don’t care about comics will still find value. His scattershot hectoring and social commentary is as valid here as on stage, radio or television, but anyone looking for more will be disappointed.