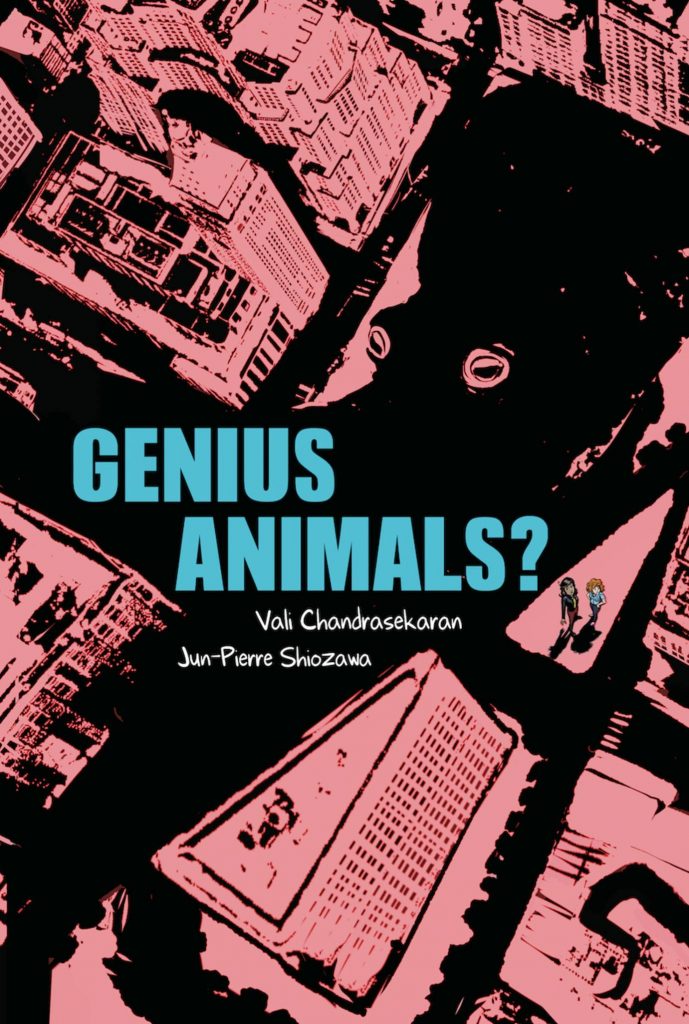 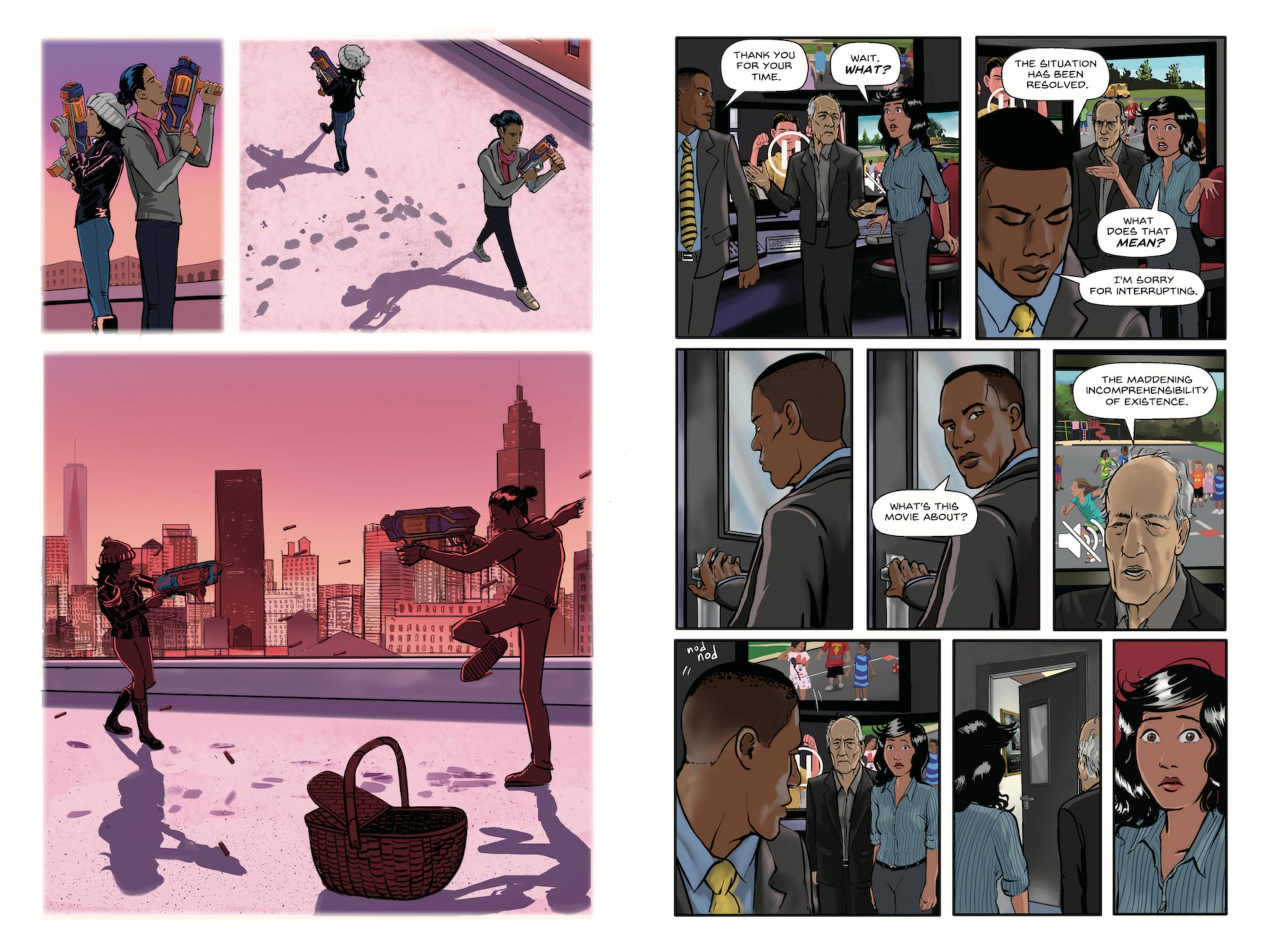 Over a witty and charming romcom-style opening chapter we meet Alexandra and her flatmate Finnegan at a club. She eventually makes her choice and heads back to Todd’s place. They seem a perfectly suited couple, both fun-loving and easy in each other’s company, and she’s tolerant enough not to point out that his man-bun is a fashion accessory he’ll be profoundly ashamed about next year. It’s all going swimmingly until he disappears.

It takes two people, but Vali Chandrasekaran and Jun-Pierre Shiozawa have between them produced a really compelling, funny drama with likeable characters of the type that Kyle Baker regularly issued during the 1990s (see recommendations). The feel of New York seeps through the pages and the plot’s never too tight for another brief diversion. There are extended parodies of film director Werner Herzog, complete with totally nutty philosophical dialogue the man himself could have spouted; a radio discussion about sounds beneath the ocean, and a complete faked Bugs Bunny cartoon. That’s among other satire, you understand.

Jun-Pierre Shiozawa draws all this as if it’s natural, carrying a fair bit of the creative weight as there are plenty of wordless sequences, and no matter how ridiculous things become, Shiozawa’s skill will have anyone believing an octopus would steal a flash drive.

Chandrasekaran’s one smart writer. He drops stuff at the start that’s passed off as a funny quip, yet it later turns out to have significance. So does the Bugs Bunny cartoon, and director Werner Notzog’s gnomic and contradictory comments. The mysteries are prolonged and the hilarity consistent, and all Genius Animals? needed to top it off was the great ending it doesn’t have. Still 175 really good pages out of 180 is a percentage no-one can quibble with, and it makes the graphic novel well worth buying.

As Genius Animals? is self-produced, print copies aren’t available through the bigger online sources, but head to https://geniusanimals.net/ and they’ll be able to supply the book (and the digital version).