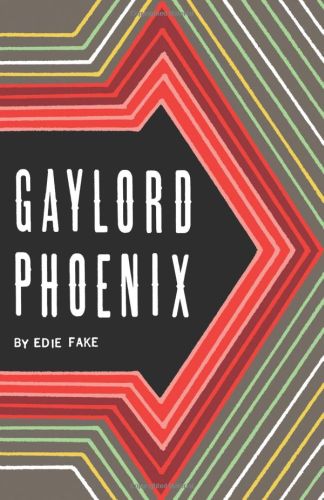 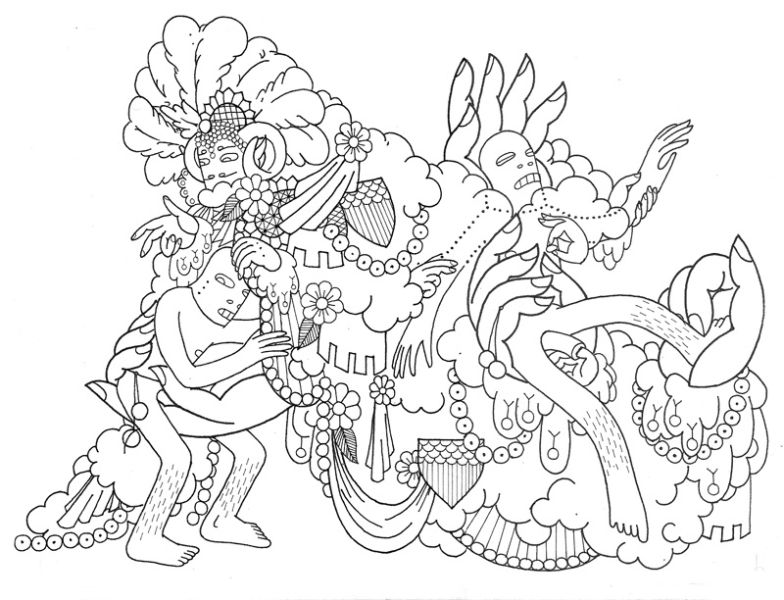 Nowadays, most queer comics can be said to fall into three categories: real-life stories (autobiographical or not), superheroes and erotic/porn. When one comes across something that explodes those categories, one is instantly hooked, and when the said something manages to be both extremely weird and completely relatable, one remains hooked. Such is the effect of Edie Fake‘s Gaylord Phoenix.

The book begins with the eponymous character, a masculine featureless creature who’s wounded by a crystal being. He calls for help by growing a tubular nose – and also grows a tubular cock. Then it becomes really weird: he meets a young man, they make love, but the crystal wound transforms Gaylord Phoenix into a monster who seemingly kills his lover. This is only the beginning. Both Gaylord and the young man experience various adventures in strange lands that will lead them to know themselves a little better, and it all makes sense.

There’s something primordial in Edie Fake’s art, a combination of cave-paintings, almost shamanistic symbols and complex imagery, full of intricate drawings. Associated with the lack of features of his main character and the minimal text and dialogue, this creates a dreamlike timeless ambiance to the story that borders on the mythological. This 256-page book was created over a number of years, and it shows. As we advance, the art becomes more and more sophisticated, patterns from textile arts and crafts enriching the visual experience. It’s almost overwhelming, as a slightly too warm sea can be, but also just as pleasurable.

What makes Fake’s powerful imagery so enjoyable is the way the conflicts, inner and otherwise, that his characters have to face are written. The two main characters have clearly recognizable human feelings and needs, which anchors a book that could have easily become a vanity project designed to showcase the artist’s skills. Gaylord Phoenix is so much more, both strongly narrative and full of visual fireworks, a book that will stay with the reader for a long time.